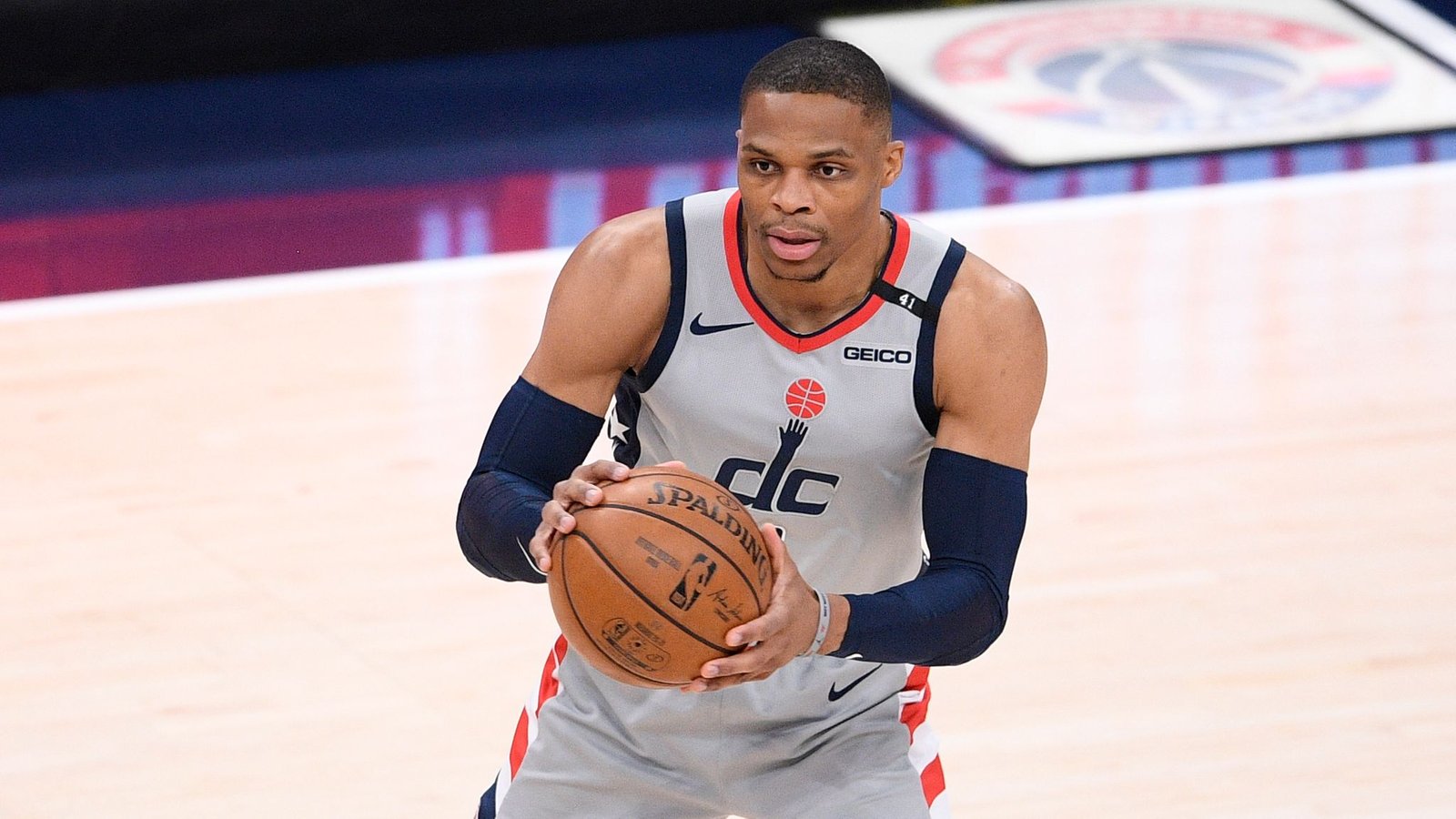 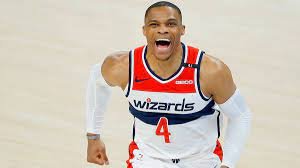 Wizard’s player Russell Westbrook is now set to join the Lakers after they agreed on a deal. According to reports, Russell went to LeBron James’ house to discuss matters of him joining the Lakers.

Anthony Davis was also part of the meeting. The trio discussed how they would work together to ensure they give the Lakers another NBA championship.

In the midst of the meeting, Russell expressed himself and said that his only intention was getting back home to Los Angeles to become a champion.

LeBron James and Davis as well discussed them switching positions. That, they contemplated that that would be the best for the team.

Therefore, that would only mean that James moves from small forward to power forward and vice versa for Davis.

Wizards agreed on the deal to send Westbrook to Los Angeles from Washington. That happened on Thursday and the agreement was made between the Lakers and Wizards.

The Lakers were in a position to move the deal for Westbrook along after Harrell opted into his contract for $9.7 million for the next season.

Therefore, Russell Westbrook will play alongside James and Davis, and that gives them the byline ‘Big 3’. Additionally, the trio will be the latest NBA’s super team.

It is clear that Westbrook was eager and yearning to return back home and the Lakers would be the best destination.

Russell has had a successful career. He averaged a triple-double in the last season. The basketball guru had 22.2 points, 11.5 rebounds and 11.7 assists.

Moreover, Westbrook has averaged a triple-double in four of his last five seasons, something to show that he is surely a force to be reckoned with.

Nevertheless, Russell was the NBA’s most valuable player for the 2016-2017 season. He will now be on his fourth team in four years.

He had begun his progressive career with Oklahoma City. His next destination was Houston and Washington and is now set for the Lakers.

According to Los Angeles Lakers, the Westbrook deal means that Russell will be the starting point guard.

On the other hand, that could only mean that Dennis Schroder will probably be no longer in need. Dennis reportedly turned down a four-year $84 million deal from the Lakers in the last season.

Russell Westbrook reportedly has only two years remaining on his contract. That will be $44.2 million for next season and $47 million for the 2022-2023 season. 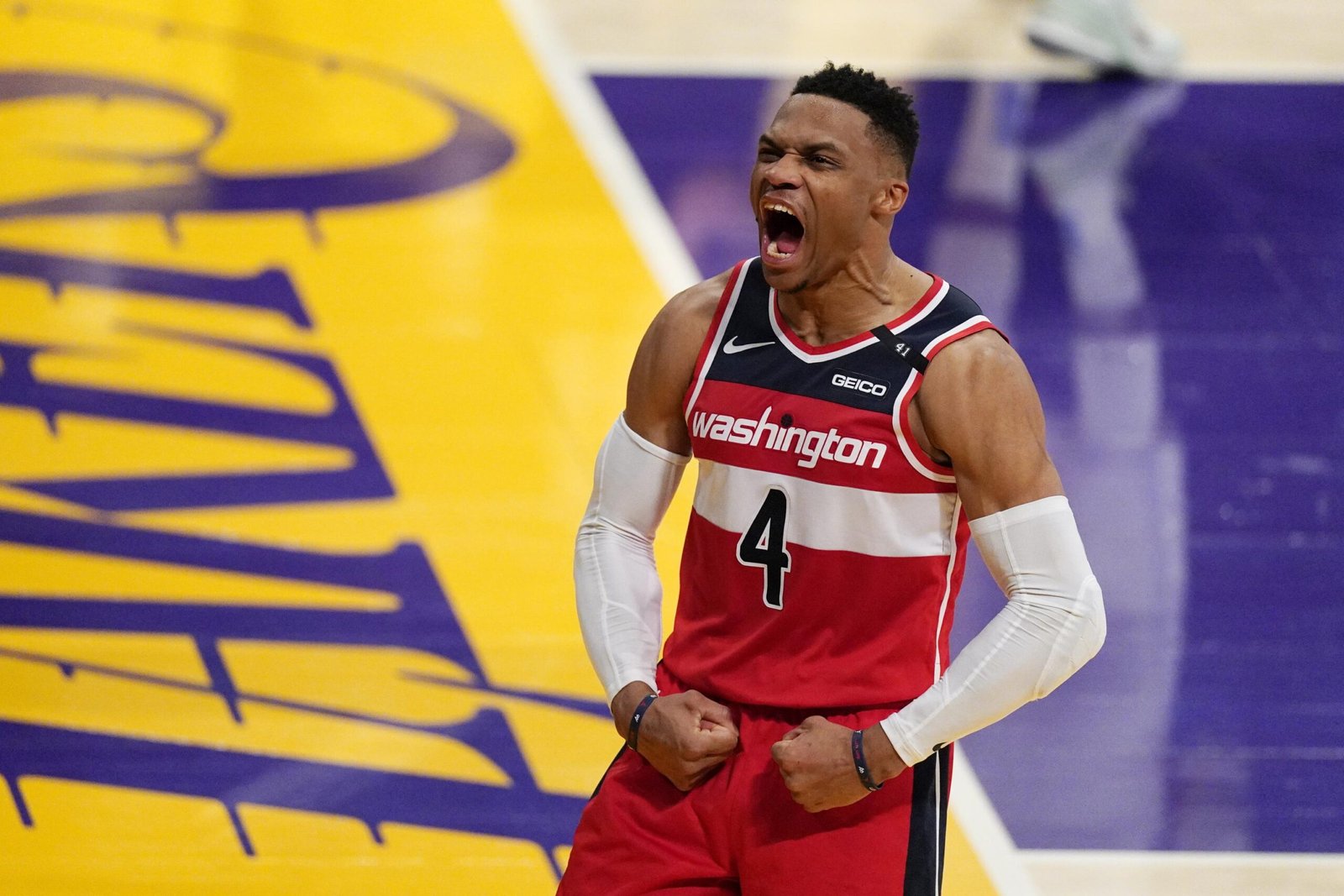 Russell Westbrook was selected 4th overall in the 2008 NBA draft. The selection was done by Seattle SuperSonics. He thus relocated to Oklahoma City. Six days later, he became the Thunder.

For the 2011- NBA All-Star Game, Russell was selected by the NBA head coaches to be a Western Conference reserve.

This was his first all-star appearance. Westbrook finished the season with averages of 21.9 points, 8.2 assists, 4.6 rebounds, and 1.9 steals. He was named to the All-NBA Second Team for the first time.

Unfortunately, Westbrook developed an injury prior to the start of the 2013-2014 season. Russell had a second surgery on his right knee. This was a setback to his return to basketball.

At the beginning of the 2015-2016 season, Russell Westbrook and Kevin Durant both dropped 40 points. That was against Orlando Magic on October 30.

Therefore, they became the first teammates in the NBA history to do so multiple times.

Westbrook signed a three-year $85.7 million contract extension with the Thunder. He made several achievements in that season.

In the Thunder’s second game of 2016–17, Westbrook recorded his 38th career regular-season triple-double with 51 points, 13 rebounds and 10 assists in a 113–110 overtime win over the Phoenix Suns.

On September 29, 2017, Westbrook signed a five-year, $205 million contract extension with the Thunder.

The deal started with the 2018–19 season and delivered Westbrook the biggest guaranteed contract in NBA history—six seasons and $233 million through 2022–23.

In the 2018-19 season, Westbrook missed the preseason and the first two regular-season games after having a procedure in September 2018 to deal with inflammation in his right knee.