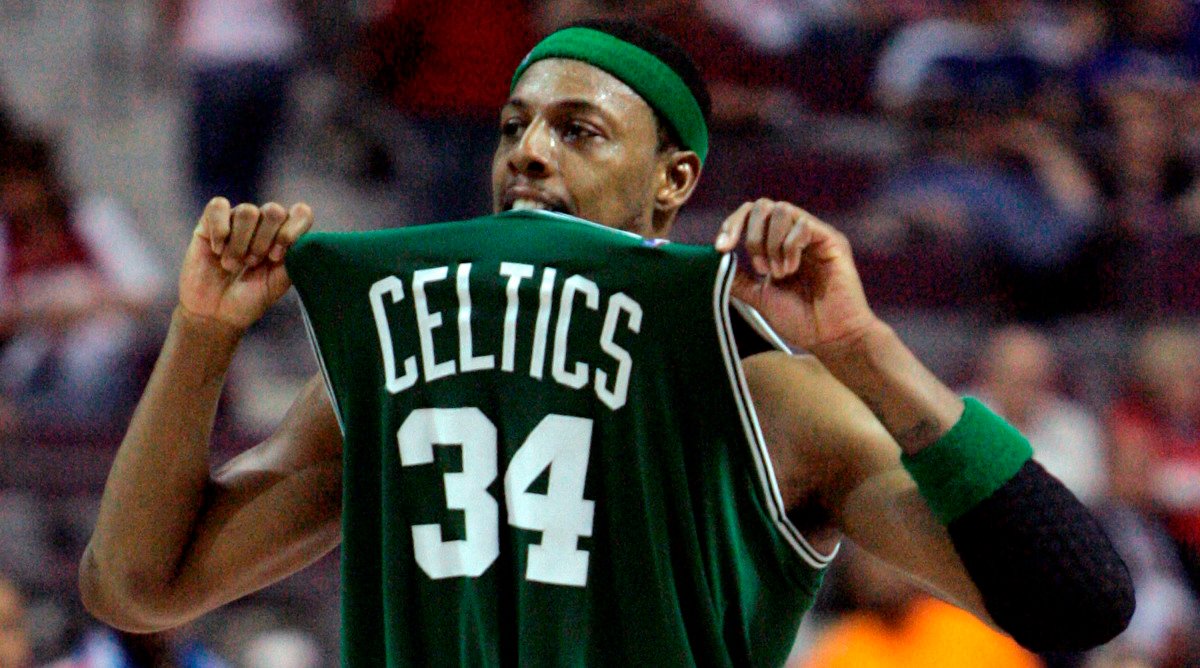 Paul Anthony Pierce is an American former professional basketball player who played in the National Basketball Association (NBA) league as a forward for 19 years, he played for four teams in the NBA but predominantly he played for Boston Celtics, playing for Celtics for 15 seasons. While growing up, Pierce was a very big supporter of the Los Angeles Lakers and despised Celtics but went on to establish himself amongst the Celtics’ fanbase.

Pierce was born on October 13, 1977, in Oakland California. His family later moved to Inglewood, California where he joined Inglewood high school where he joined the basketball team. In his senior year, he averaged 27 points, 11 rebounds, and 4 assists per game. Pierce went on to participate in the 1995 McDonald’s All-American Game alongside future NBA stars Kevin Garnett, Vince Carter, Stephon Marbury, and Antawn Jamison. Pierce was later a contestant in the game’s Slam Dunk Contest, which was won by Vince Carter.

In 1995, Pierce joined the University of Kansas where his basketball career imminently kicked off. In the summer of 1996, Pierce earned a spot on the roster of the USA’s Under 22 team and helped the USA go unbeaten in the World Championship-qualifying tournament in Puerto Rico.

In the three years, he was a Kansas, Pierce was a leading scorer and currently ranks as the fifth-leading scorer in Kansas history (1,786 points) and 11th on the all-time rebounds list (676).

In 1998, Pierce left Kansas and entered the 1998 NBA draft where he was selected 10th overall by the Boston Celtics.

In his first 11 matches for the Celtics, Pierces scored an average of 19 points in 10 matches and was regarded by many as a future Hall of Famer and one of the best youngsters of his time. 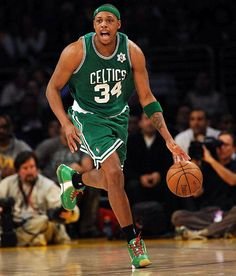 Pierce in a match for Boston Celtics.
PHOTO: Courtesy

In his first season with the Celtics, he averaged 16.5 points and finished third in the NBA rookie of the year award. His scoring average rose the following season to 19.5 points per game.

In the 200/2001 season, Pierce appeared in 82 NBA matches, all as a starter for Boston Celtic. That season, he averaged 25.3 points, 6.4 rebounds, 3.1 assists, and 1.68 steals in 38.0 minutes. He led Celtics and was ranked eighth overall in the league in points per game and fourth overall in total points having scored 2,071 points that season. That season, he was also named NBA player of the month award having averaged 30.3 points, 7.2 rebounds, 3.4 assists, and 1.60 steals for the month.

The following season (2001/2002) Pierce led Celtics to the playoffs for the first time in seven years and on to the Eastern Conference Finals. Between 2002 and 2006, Pierce enjoyed the NBA All-Star team every season. He led the league in total points (2,144) in 2002 and was an All-NBA Third Team selection in 2002 and 2003. He was also selected as a member of the US national team in 2002 and played in the FIBA World Championships.

Before the 2007/2008 season started, the Celtics signed in new players, NBA stars, Kevin Garnett and Ray Allen. The two partnered with Pierce to form ‘The Big Three’. The trio improved Celtics as a team massively leading Celtics to 66 wins in the regular season which was an improvement of 42 wins compared to the season prior.

The trio also led the Celtics to the playoffs and although they struggled at the early stages of the playoffs, going to seven games against Atlanta Hawks in the first round, they progressed to the Eastern Conference finals, where they faced Detroit Pistons. They defeated Pistons even winning two road games to advance through to the NBA finals.

For the first time in his career, Pierce had qualified for the NBA finals and was to make his debut finals appearance. Despite sustaining an injury in Game 1 of the NBA finals against the Los Angeles Lakers, he came back and led the Celtics to their 17th NBA title with a 4-2 victory of LA Lakers. He was named the NBA finals Most Valuable Player (MVP) after averaging 22 points per game over the six games. 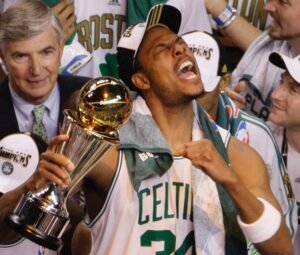 Pierce celebrates after lifting the NBA title in 2008 with Boston Celtics and being named NBA Finals MVP.
PHOTO: Courtesy

The following season (2008/2009), Pierce and Celtics were keen to defend their NBA title but with Garnett injured, Celtics struggled and got knocked out in the second round of the NBA playoffs. Pierce, however, made it into the 2009 NBA All-Star game and for the first time, he was named into the All-NBA second team.

In the 2009/2010 season, Celtics led by Pierce once again made it to the 2010 NBA playoffs, defeating Miami Heats in the first round after now famous ‘Pierce buzzer heat’, when he hit a 21-foot jumper at the buzzer to beat Miami 100–98, and give the Celtics a 3–0 series lead. They went on to defeat the heavily starred Cleveland Cavaliers in the second round. They cruised past Orlando Pirates in the Eastern Conference Finals in 6 games to advance through to the NBA finals for the second time in ‘the big three’ era.

Like in 2008, they faced LA Lakers once again and despite taking a 3-2 lead, they lost the deciding match 83-79 to lose the title to the Lakers. In June 2010, Pierce decided to invoke his early termination and become an unrestricted agent but later reached a verbal agreement with the Celtics and signed a new four-year contract extension.

In November 2010, in a league match against Milwaukee Bucks, Pierce scored his 20,000th career point on a free throw and became only the third player in Celtics franchise history to reach the milestone.

The 2012/2013 season was the last season Pierce featured for the Boston Celtics and his last match was against the New York Knicks in the first round of the 2013 playoffs with Pierce averaging 19.2 points per game.

In his time with Celtics, he led them to two NBA finals in 2008 and 2010, winning the title in 2008 when he was also named NBA finals MVP. In 2021, Pierce was inducted into the Naismith Memorial Basketball Hall of Fame for his great contribution to basketball.