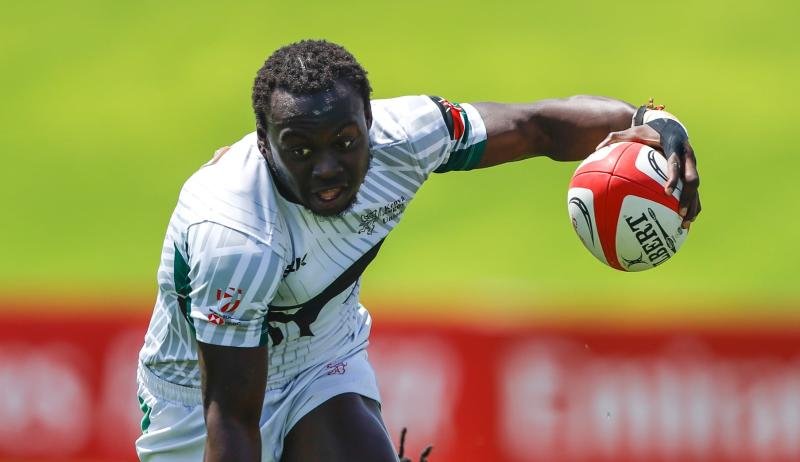 The Kenya national rugby sevens team continued their disappointing start of the rugby Olympics tournament with a second loss in a row after losing their second group stage to African rivals South Africa.

Shujaa fell to South Africa 14-5 diminishing any hopes of progressing to the knockout stages in the tournament played in Japan. 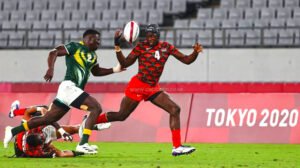 The two teams played out a goalless second half.
PHOTO: Courtesy

Kenya had earlier in the day lost its first match to the United States of America by 19-14 tries and needed a win against the Blitzboks who defended well and repelled all Kenyan attacks to win their second match and qualify for the quarterfinals. 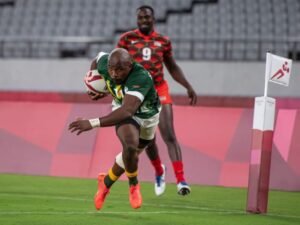 Opening tries by Selvyn Davids and Shakes Soyizwapi gave South Africa a 14-5 lead at the break. Kenya pulled one back to stay in the match through veteran Collins Injera but the goalless second half gave South Africa the win to seal a place in the quarter-finals.

The Olympic rugby tournament takes the best two teams in each pool straight to the quarter-finals and two of the best losers.

The USA and South Africa have already qualified in the pool that Kenya is also playing in and should they have any hopes of qualifying to the quarter-finals, Shujaa will have to give their best in the third match against Ireland that is scheduled on Tuesday, 27, July.

The USA defeated Ireland in the other group match 19-17 and will battle it out with South Africa for the top spot of the group on Tuesday.