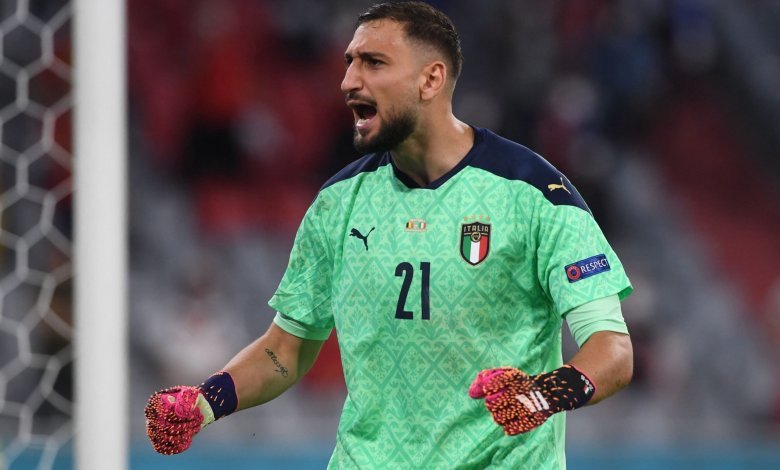 Ronaldo, Schick and Luke Shaw Out as UEFA Unveil EURO 2020 Team of The Tournament

UEFA has finally unveiled the UEFA Euro 2020 Team of the Tournament amid much anticipation two days after Italy won the tournament on England’s home soil defeating England on penalties.

Five players from winners Italy have made it into the EUROS Team of the tournament. Starting with the goalkeeper Gianluigi Donnarumma who was awarded the prestigious Player of the Tournament award, other Italian players also managed to make their cut.

In Defense, Italy’s Leonardo Bonucci who scored the equalizing goal on Sunday in the finals against England is named alongside England and Manchester United Centre Half Harry Maguire. The two are flanked by fellow international teammates on either side with Premier League champion Kyle Walker named in the right-back position and Italy’s Leonardo Spinazzola making the cut in Left Back.

Spinazzola was many favorites player of the tournament after an impressive run in the group stages and the round of 16, he, however, tore his ACL in the semifinal clash against Spain late on in the match which saw him ruled out for the rest of the tournament.

In midfield, Steven Zuber, a Switzerland player who had the most assists in the tournament with four assists failed to make the cut with Chelsea UEFA Champions League winner Jorginho who joined the list of few European double winners in the same year makes the cut after an impressive run with Italy and even joined the discussion of the best players in Europe this season. 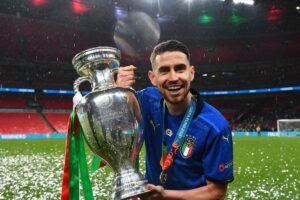 Jorginho was regarded as one of the best players in Europe this season, winning the UEFA Champions League with Chelsea and the UEFA EURO 2020 with Italy.
PHOTO: Courtesy

Upfront, two of the best scorers in the tournament Portugal’s Cristiano Ronaldo and Czech Republic’s Patrick Schick missed in the squad with Belgium’s Inter Millan forward Romelu Lukaku named. He is flanked by England’s Raheem Sterling and Italy’s Federico Chiesa.

Chiesa on his side was not even in the starting eleven of Roberto Mancini when the tournament started but he impressed coming off the bench even scoring the opener in extra time against Austria in the round of 16 after being subbed on in the 84th minute. 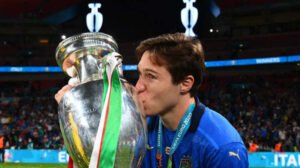 The 23-year-old Juventus forward impressed against Belgium in the Quarterfinal and scored the opener against Spain in the Semifinals.

UEFA EUROS 2020 TEAM OF THE TOURNAMENT

Ronaldo, Schick and Luke Shaw Out as UEFA Unveil EURO 2020 Team of The Tournament