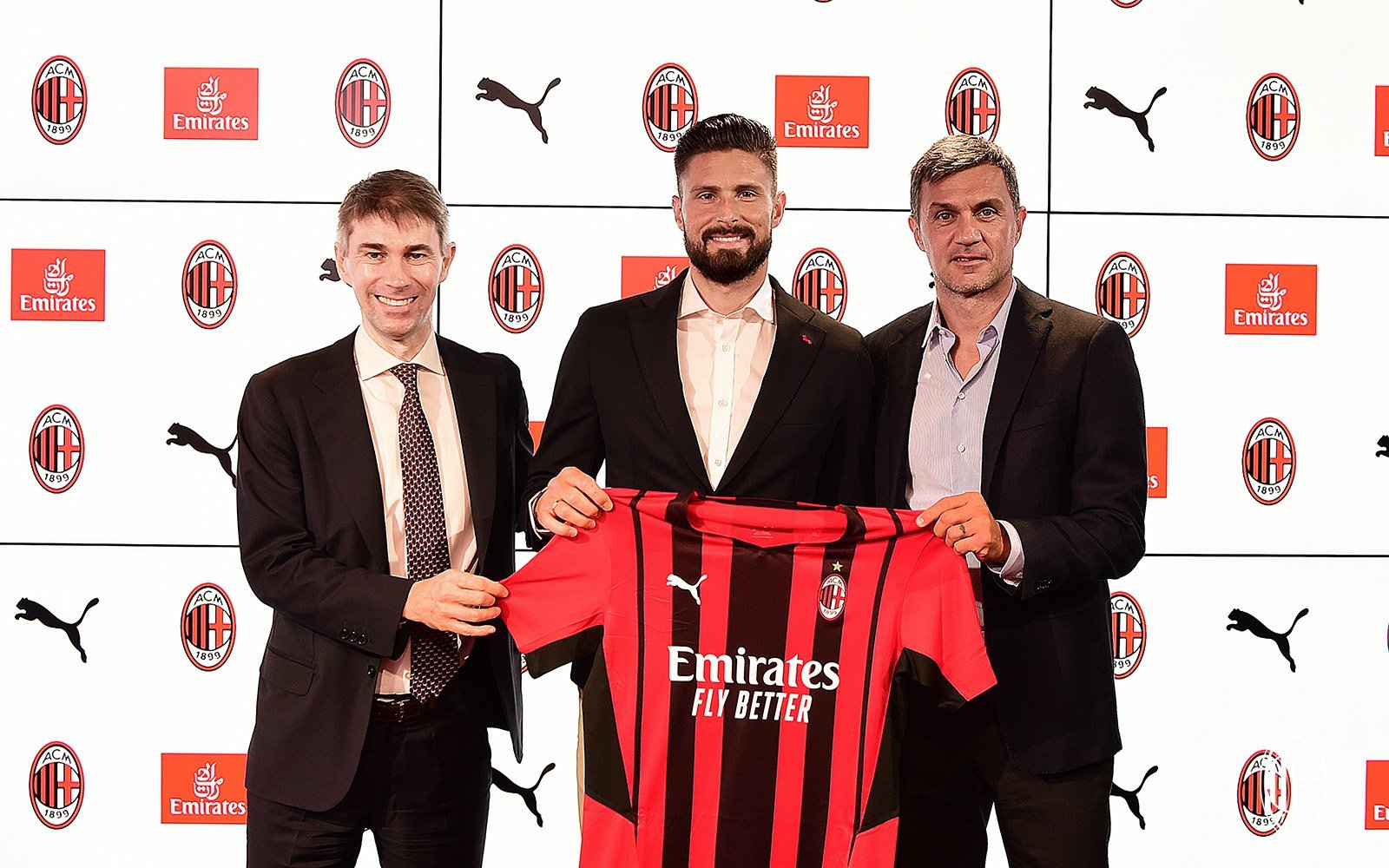 Olivier Giroud Completes Move To Serie A Side AC Milan

Chelsea striker Olivier Giroud has today completed a move to the Italian side AC Milan, both clubs have confirmed.

In a move that has seen Chelsea receive €2 million, the Frenchman joins AC Milan in a two-year deal.

The 34-year-old joined Chelsea in 2018 from London rivals Arsenal and has stayed at West London for three and half years playing a significant part in the club’s 2019 Europa League success and 2021 UEFA Champions League triumph. 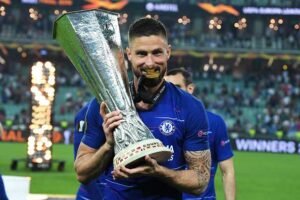 Olivier Giroud with UEFA Europa League Trophy in 2019. he scored 11 goals in that tournament.
PHOTO: Courtesy

Giroud, netted 39 times in 119 appearances for the Blues including a memorable 11 goals in the 2018/2019 Europa League season when he finished the top scorer in the tournament and received his first-ever European honor.

In his stay in England, Giroud never won the premier league although he has four Emirates FA Cup to his name, three with Arsenal and one with Chelsea in 2018.

Giroud played a vital role in this season’s Champions League triumph for Chelsea netting the winner in added time in a group stage match against Rennes to ensure Chelsea finished first in its group.

In a last-16 tie against Spanish champions Atletico Madrid, Giroud scored the best goal of his time at Chelsea – a bicycle kick to seal an away win for Chelsea, that goal went on to be crowned Chelsea’s goal of the season.

In a statement confirming the move, Chelsea noted on its official website, “Olivier Giroud has today completed a permanent transfer to AC Milan. The Frenchman’s move to Italy’s Serie A brings to an end his three and a half stay at Stamford Bridge following a deadline day transfer from Arsenal in January 2018.” 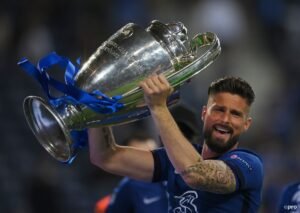 On his part, Giroud said, “To all the Blues, my teammates, to all my coaches, to the whole club, a huge thank you for these special moments. I’m starting a new journey with a light and a happy heart. Our victories in FA Cup, Europa League, and Champions League have been magnificent, Love Oli G.”

Giroud tops up as the second Chelsea player to move to AC Milan this summer after defender Fikayo Tomori who made a move to San Siro after playing for AC Milan half of last season on loan from Chelsea. This summer he made a permanent move to San Siro.

Olivier Giroud Completes Move To Serie A Side AC Milan