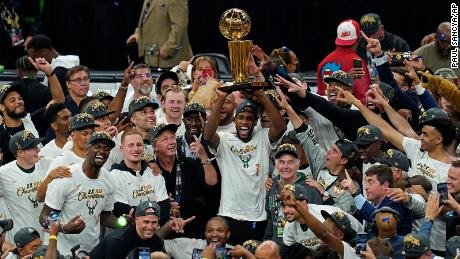 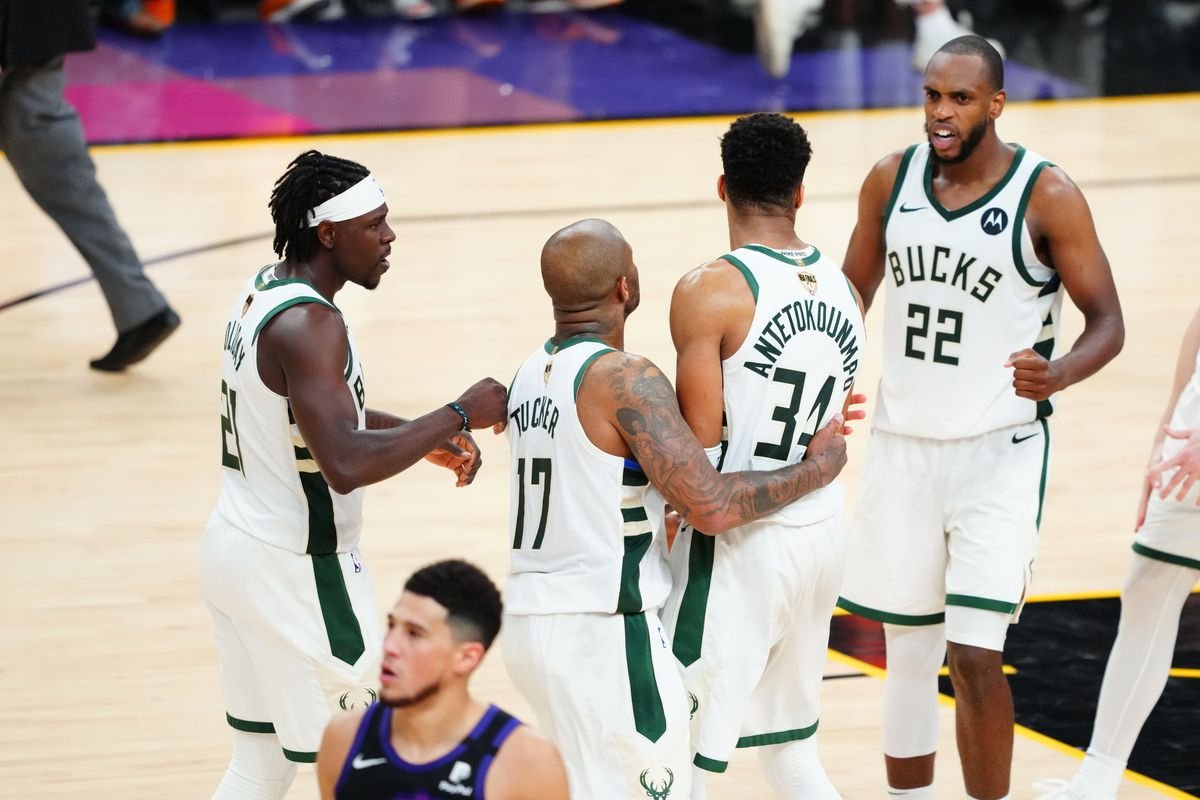 It is good news to all the fans of the Milwaukee Bucks as they claimed their first NBA title in a period of 50 Years.

Nevertheless, part of the glory goes to Giannis Antetokounmpo, who scored a whopping 50 points. The Bucks emerged the winners at a score of 105-98 over the Phoenix Suns.

The Greek forward Giannis is surely the man of the day as he helped the Bucks end their 50-years wait to clinch to their second NBA championship.

The hotly contested game took place on Tuesday. After losing the first two games, the Bucks clinched the NBA Finals 4-2 and thus became the only fifth team to win the best of seven championship series.

The teams were motivated by the hyping they got from the crowd that comprised of approximately 20, 000 people. Additionally, 65,000 others celebrated outside the Fiserv Forum.

The basketball ball icon, Antetokounmpo expressed his joy after the win. He said that he was impressed that he was in a position to do it with the Milwaukee team.

“I’m happy I was able to do it with this team for Milwaukee,” said Antetokounmpo.

Nevertheless, the basketball player went on to express the feeling.

“This is a feeling like this is an addictive feeling,” Antetokounmpo, who was born in Greece to Nigerian parents, told reporters. 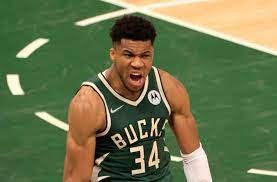 Man of the tournament Giannis Antetokounmpo.[Credit/fansided,com]

On the other hand, the Phoenix Suns were competing to seek for their first NBA crown in their history of 53 years. They lost the NBA Finals series in the years 1976 and 1993 according to reports.

However, it was so unfortunate that they were not in a position to contain Giannis who is surely a force to reckon with.

Antetokounmpo marked the seventh player to ever register 50 points in a Finals game. Moreover, that was as well the third game in the series in which the basketball icon has managed at least 40 points and 10 rebounds.

On his part, the Milwaukee Bucks coach Mike Budenholzer could not hide his joy. This is what he had to say about Antetokounmpo;

“I’ve learned so much from him. He’s a special leader,” he said.

“These players are champions every day. They’ve embraced getting better every day.”

The coach described the Greek forward as a special human being after he helped the team clinch to victory.

According to reports, Budenholzer was only four years old when NBA legends Kareem Abdul-Jabbar and Oscar Robertson led the Bucks to their only previous NBA title in 1971, when some of the current players’ parents had not been born.

The rival team Phoenix Suns overcame a slow start and led by as many as seven points early in the third quarter.

Moreover, their guard who is known as Chris Paul had a team-high 26 points.

The Milwaukee Bucks are an American professional basketball team based in Milwaukee.

The team compete in the National Basketball Association (NBA) as a member of the league’s Eastern Conference Central Division.

The Bucks team was founded in the year 1968 as an expansion team, and play at the Fiserv Forum.

According to reports, former U.S. Senator Herb Kohl was the long-time owner of the team, but on April 16, 2014, a group led by billionaire hedge fund managers Wes Edens and Marc Lasry agreed to purchase a majority interest in the team from Kohl.

That was a sale that was approved by the owners of the NBA and its Board of Governors one month later on May 16.

Moreover, the team is managed by Jon Horst, the team’s former director of basketball operations, who took over from John Hammond in May 2017.

After defeating the Phoenix Suns, 4 games to 2 in the 2021 NBA Finals, the Bucks are the current NBA champions.

Abdul-Jabbar and Antetokounmpo have been named the NBA’s Most Valuable Player while playing for the Bucks.

That is for a total of five MVP awards. They both are also the only players to win Finals MVP for the franchise.