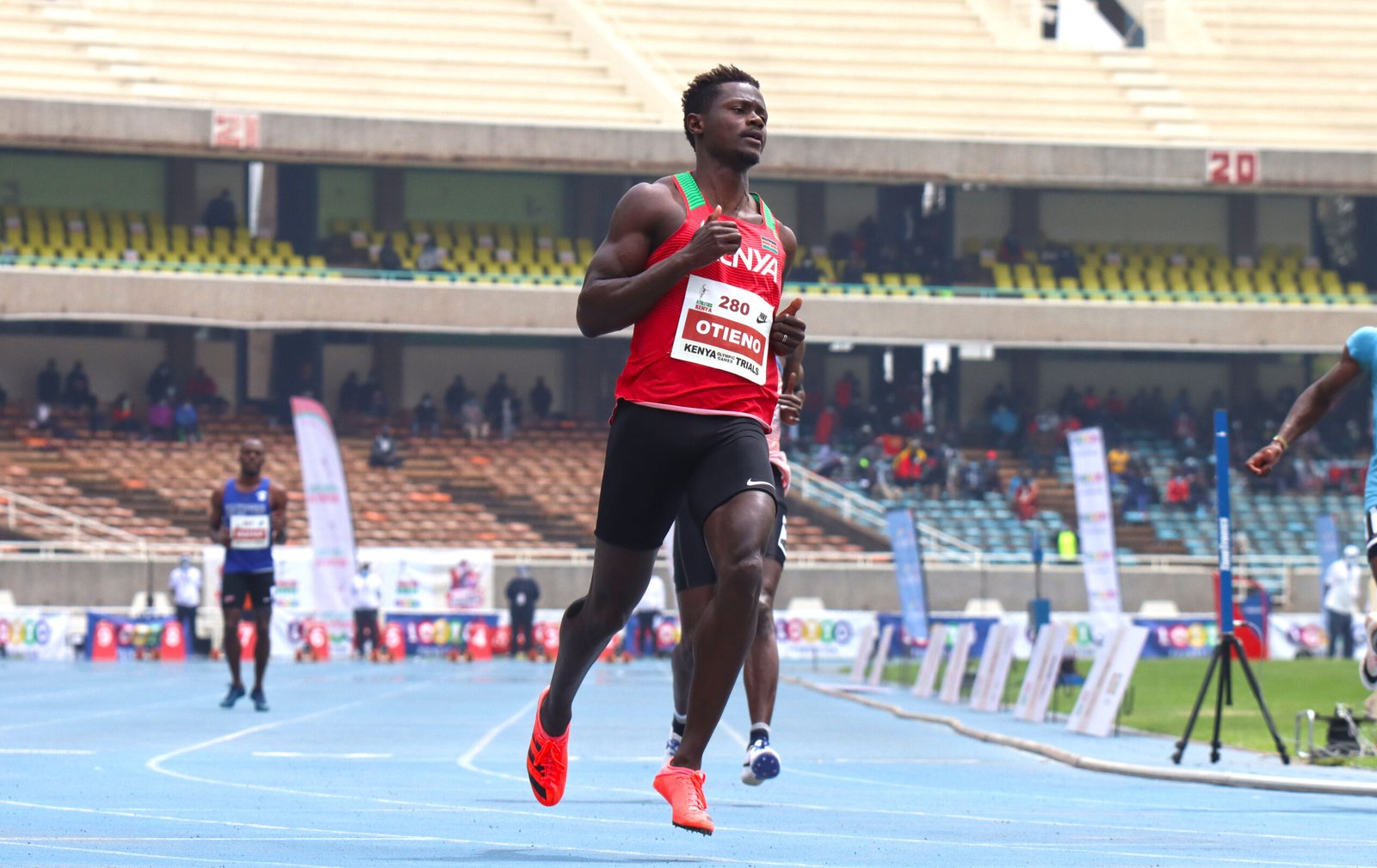 Kenyan sprinter Mark Otieno has been suspended at the Tokyo Olympics after failing a drug test, just hours before he makes his debut at the Games on Saturday.

Team Kenya received a communication from the International testing Agency that Otieno had an Adverse analytical finding on a urine sample he provided on Wednesday. According to the results, he had tested positive for an anabolic androgenic steroid.

“The sprinter had been residing in Kurume City for the Team Kenya Pre-Games Training Camp from 15th July 2021 until 24th July when he moved into the Olympic Village in Tokyo. He remains provisionally suspended from participating in his event today.”

“The sprinter is fully aware of this communication and is in receipt of the letter from ITA. He has however denied any knowledge of the violation and has subsequently requested a re-analysis of his B urine sample,”

“Our understanding is that this athlete is treated as innocent until we receive the results of his Sample B urine analysis,” he said in the statement.

Otieno made his first ever Olympics qualification after clocking 10.05secs in the Team Kenya trials in Nairobi last month and was excited to be making his debut at the games, looking forward to taking Kenya’s sprinting prowess to the global stage.

However, his dreams have been cut short and he remains heartbroken as he awaits a B sample on his urine.