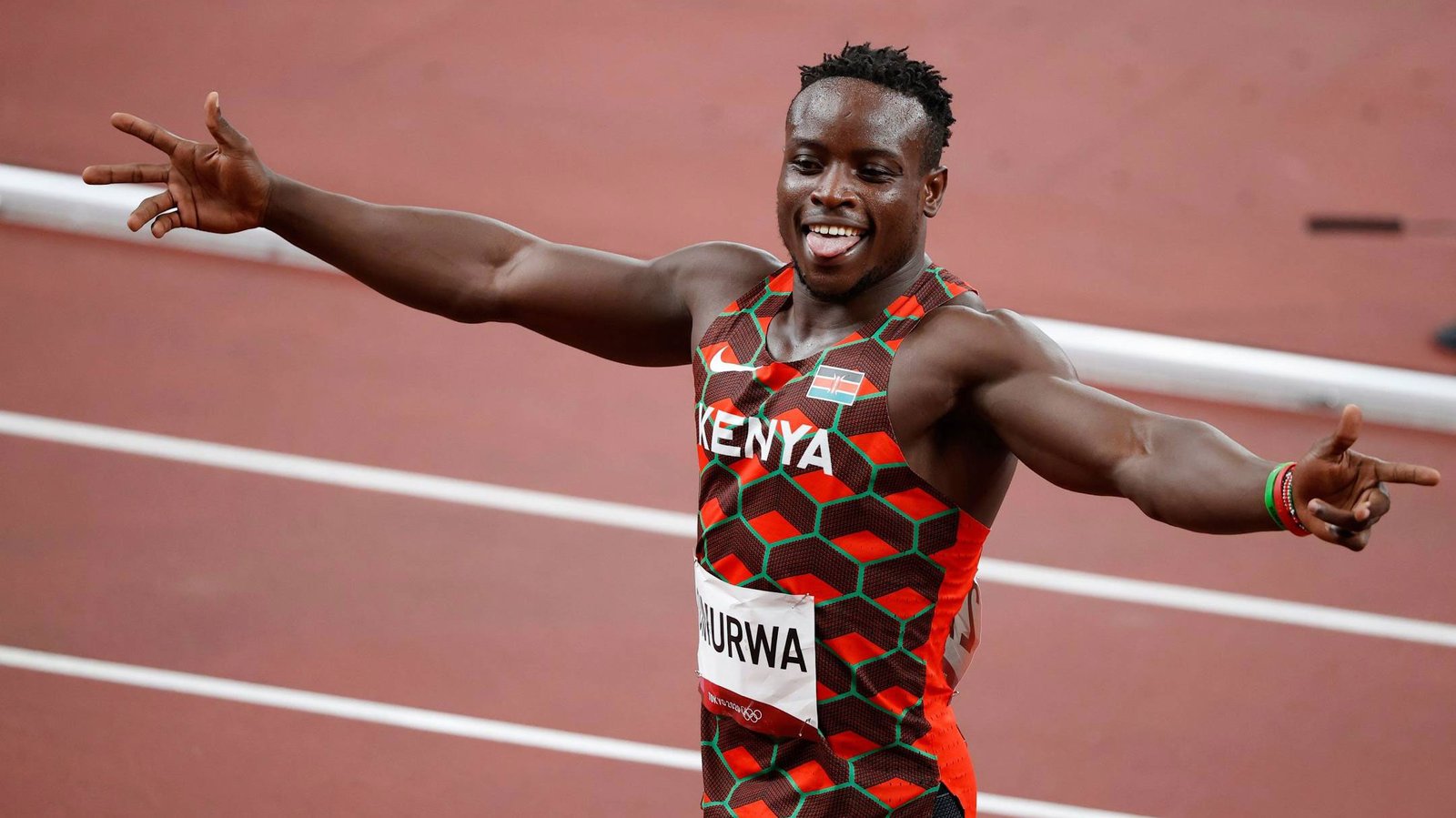 Ferdinand Omanyala provided the spark in Team Kenya’s dull day at the Olympic Games on Saturday as he broke into the final of the 100m after finishing third in his heat in a new national record time of 10.01secs.

Omanyala lowered his own record of 10.02secs set during last month’s national trials at the Kasarani Stadium where he earned qualification time to the Olympic Games.

His victory came just a few hours after compatriot Mark Otieno was suspended from the Games after a positive drug test on an out of competition test conducted last Thursday.

After two false starts which ended up in the dismissal of Nigerian Divine Oduduru, the athletes lifted off the blocks on the third time of asking.

Omanyala had the second slowest reaction time off the blocks and it did eat out a bit from his start, but he lifted his head high after 30m, powered home to cross the line in third. Canadian sprint king Andre de Grasse won the heat in a season’s best time of 9.91 while American Fred Kerley was second in 9.97.

Omanyala now hopes he can run sub 10 seconds in Sunday’s semi final and glide through to the final eight.

“I am very delighted to have qualified. Coming here and starting at the blocks with some of the big names in athletics is a huge thing for me. I am delighted to have made the final. The track is really fast and I like it,” said Omanyala.

“Now we wait for the final. My target is to actually run sub 10 seconds and I believe it is possible. I will give it my all. I still retain my dream of earning a medal in this race. Running against very good athletes will always push you to do your best and I will do just that,” he added.

Meanwhile earlier on, all three of Kenya’s representatives in the 800m booked a ticket to the semis after coming through their heats. Ferguson Rotich set the fastest ever time record in qualification at the Olympics to win his heat. 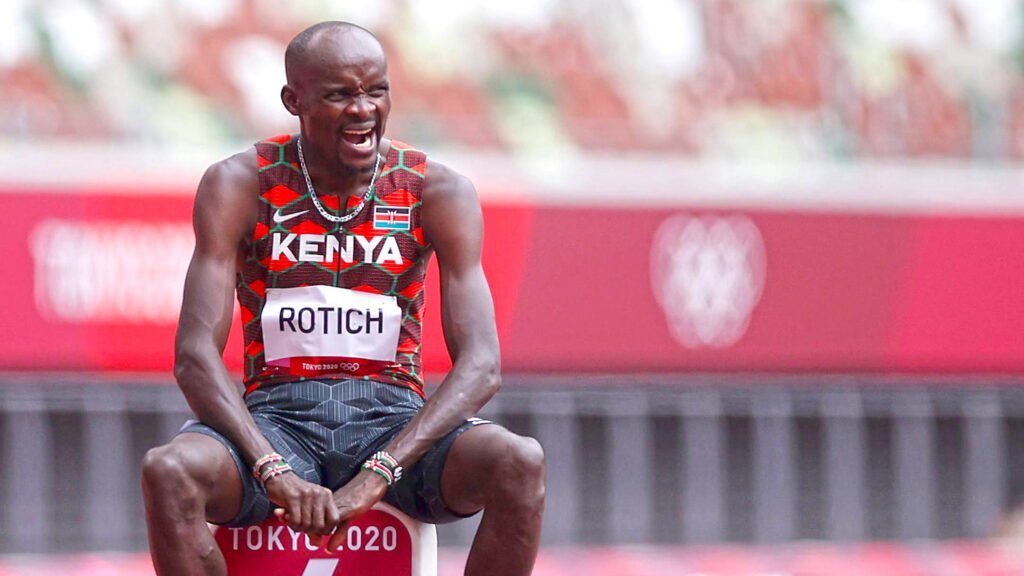 “It was a good race especially going through to the final. I felt okay,I felt in shape and essentially, the target was just to qualify. Now we have to plan well for the semis and hopefully earn a place in the final as a team. It is not easy but we have to work extra hard to get to the medal prospects,” Korir stated.

Rotich comfortably controlled his race, sticking to the back of the pack waiting for the right opportunity to strike. In the final 200m, he began to move upfront and increased his pace, beating up the two ahead of him to cross the finish line in a time of 1:43.75.

Meanwhile, Saruni who made his first ever Olympics in a team Kenya singlet had to dig deep before coming through second in heat two. The American based athlete had stuck at fourth from the bell and seemed to be waning in the final lap. He however surged and clocked 1:45.21, second to Botswana’s Nijel Amos who timed 1:45.04.

Elsewhere, Mary Moraa failed in her bid to qualify for the 800m final. She finished third in her heat, but her time wasn’t among the two fastest outside the automatic qualification slots. 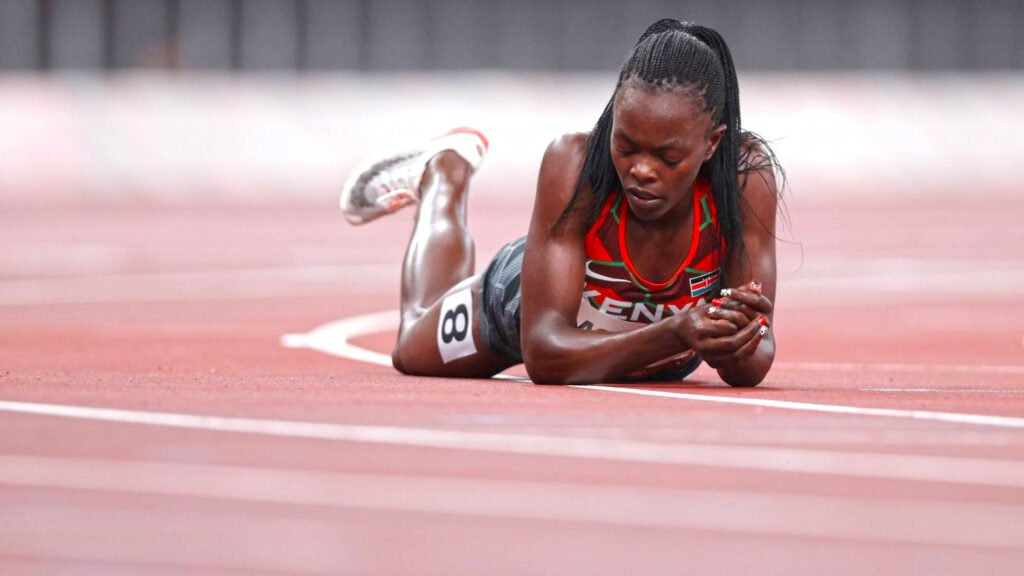 “I feel proud to have come here and competed at the Olympics. Stepping up to a new distance is always hard because it is only last year that I started running in 800m. But I have picked up enough lessons and experience and in the next championship, we should expect a medal,” the 21-year old said.

Athletics action will continue on Sunday morning with the heats of the women’s steeplechase starting off for Team Kenya. Emmanuel Korir will also be in action in the heats of the men’s 400m.

He will also be in action later on in the evening in the semis of the 800m while Omanyala will be up for the 100m semis. If he is successful, he will be in the final that shuts down the evening session.