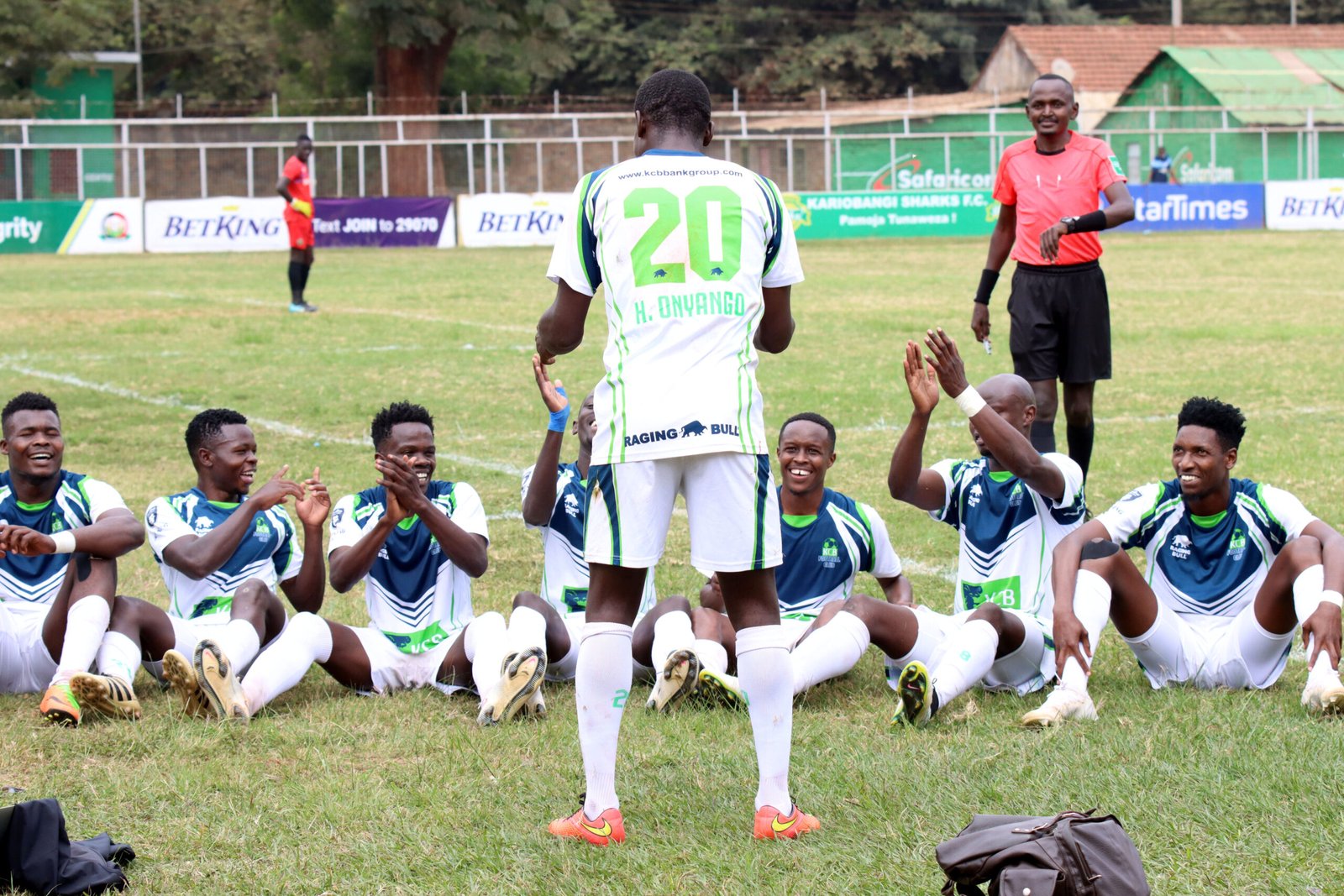 Samwel Mwangi’s first half strike got KCB going before second half goals from Baraka Badi and Mike Oduor handed the bankers a healthy victory, which was in revenge of sorts after Sharks beat them by a similar score-line in the first leg.

With the victory KCB are now on 54 points, one shy of Tusker who face Nairobi City Stars on Friday, with seven rounds of matches left.

KCB broke the deadlock in the fifth minute when Mwangi swept the ball home from close range after Oduor headed down Dennis Odhimabo’s deep cross at the backpost.

The bankers had started the match with intent and despite Sharks’ swift passing game, it was the hosts who had the most chances. In the 10th minute, they came close to a second when David Simiyu controlled Oduor’s cross at the edge of the box, but his eventual shot was wide. 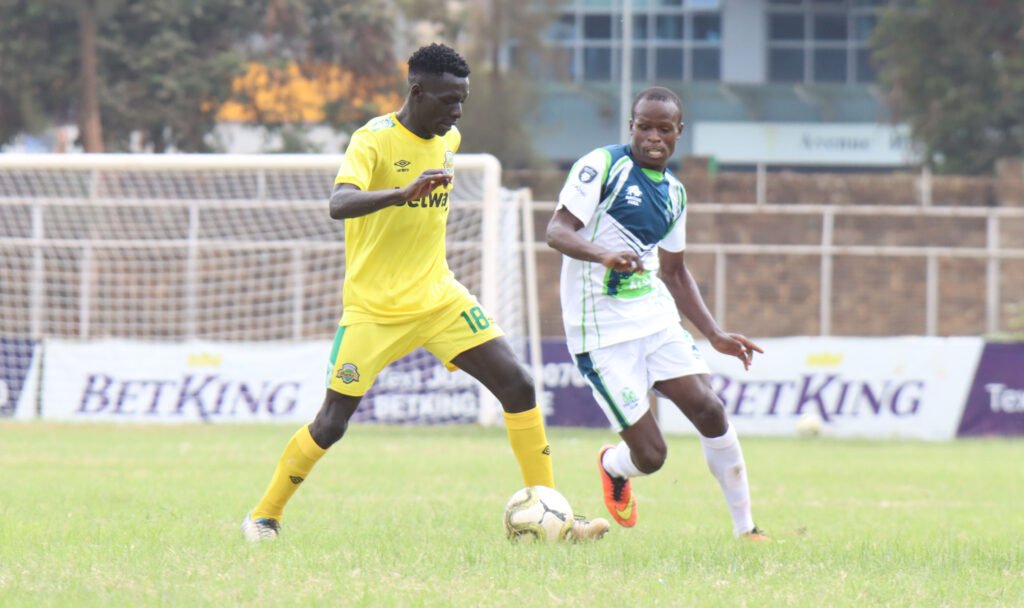 Simiyu should have had a goal in the 19th minute when Curtis Wekesa did the donkey work on the left before cutting back a cross, but the burly forward struck over from close range.

At the start of the second half, Sharks started off with changes, coach William Muluya throwing in four at a go. Geoffrey Ochieng, Robert Onyango, Ibrahim Ochieng and Peter Lwassa all came off for Julius Masaba, James Mazembe, Tom Teka and Daniel Sakari.

But, KCB quickly neutralized the impending danger with right back Badi scoring the second from the penalty spot just three minutes after the restart after a clumsy challenge from John Kuol brought down Henry Onyango inside the box. 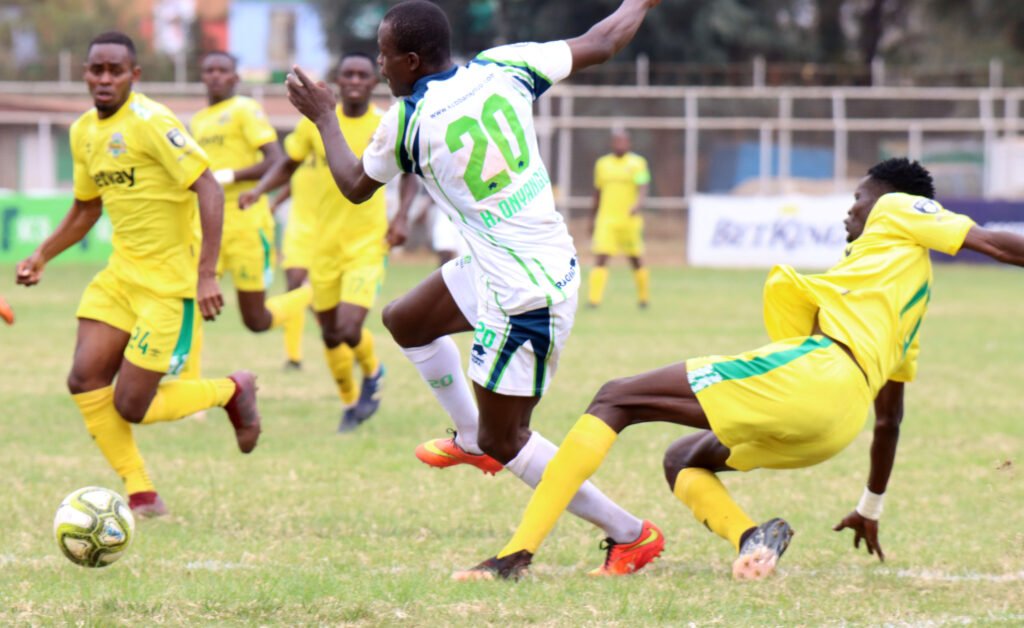 They were 3-0 up 10 minutes later in emphatic fashion when Oduor swung in a brilliant volley from the right after Simiyu’s brilliant cross from the left.

The striker who was a thorn in the flesh for the Sharks backline all game came close to adding a goal to his impressive display when another piece of shambolic defending from John Kuol gifted him the ball, but his well placed shot hit the post.

Sharks tried to command the game with their possession play, but the damage was long done as KCB held on to the win for three vital points.

Meanwhile on the other end of the table Mathare United have found themselves in hot water after yet another loss sees them remain perched bottom of the log. On a day when fellow strugglers Vihiga United won 2-1 against Western Stima, Mathare could not keep pace as they lost by a similar margin to Wazito. 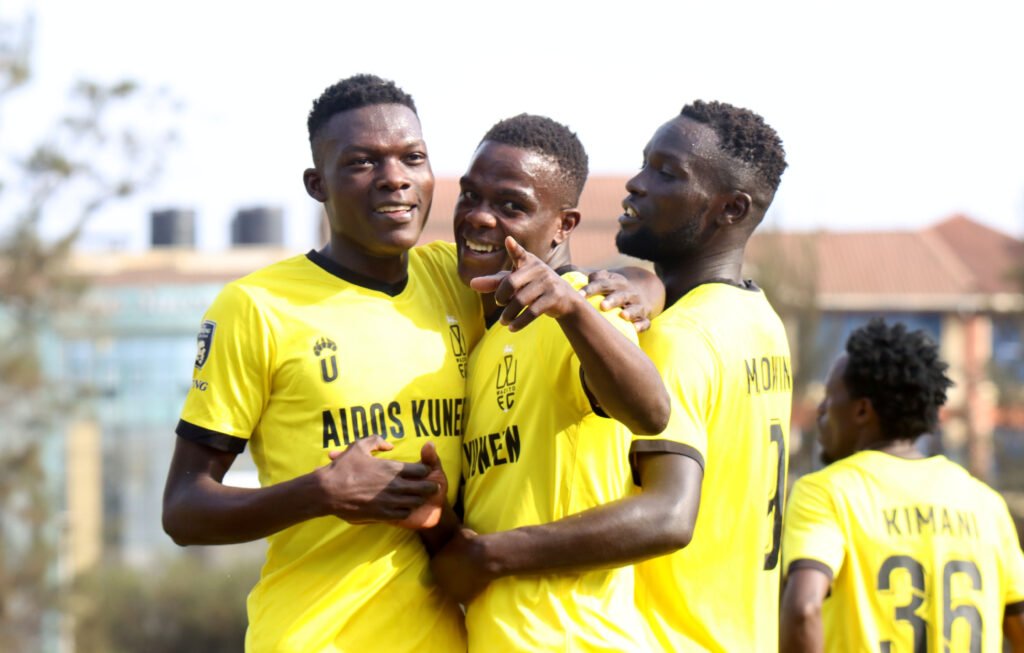 With the defeat, Mathare remain bottom of the pile with 15 points, five behind Vihiga who are just a point away from safety.

In Thika, Mathare could not string a second consecutive positive result after Vincent Oburu’s two minute brace in the second half undid all the work they had put up in the opening 45 minutes of the game.

The Slum Boys dominated play in the opening half and had the most chances. John Mwangi was gifted with an opportunity when a stray pass landed on him inside the box, but took too long to take aim at goal with Maurice Ojwang’s brilliant tackle denying him a shooting chance.

Mathare almost broke the deadlock after 25 minutes with an audacious effort from skipper David Ochieng. The defender cited keeper Peter Odhiambo off his line and he went for goal from a freekick 60 yards out, but the keeper tracked back to tip the ball over for a corner. 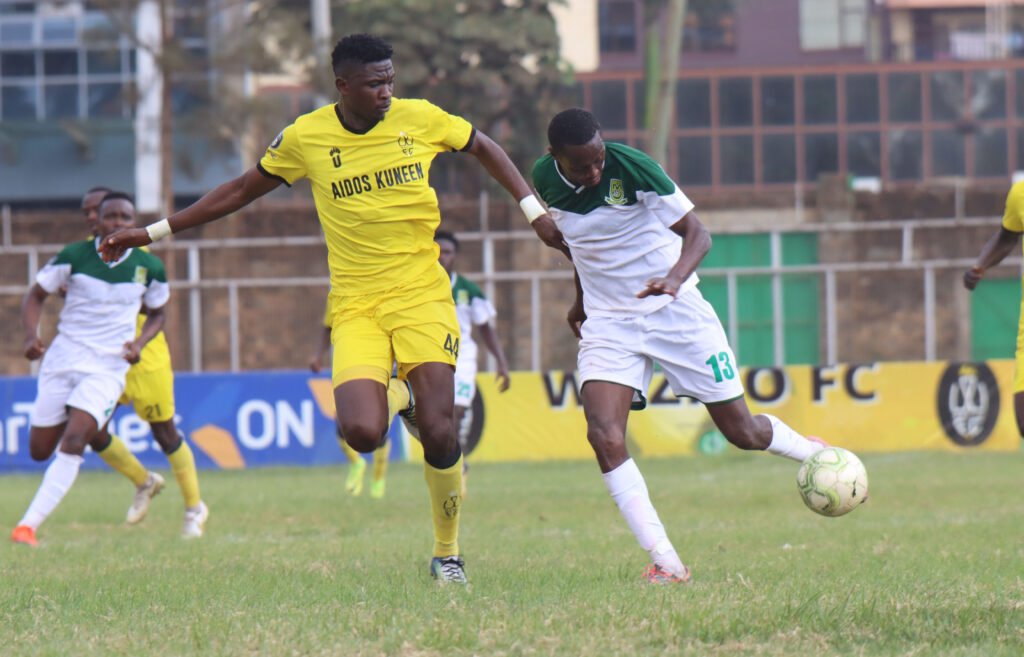 Odhiambo once again proved the difference for Wazito as he made two gorgeous saves at full stretch to deny Kennedy Ochieng and David Ochieng from freekick efforts.

Their failure to use their chances was punished in the second half when substitute Oburu scored two goals within two minutes, just after coming on at the start of the second half. The striker headed home nine minutes after the restart when he adjusted his neck muscles superbly to head home Levin Odhiambo’s pin point cross from the left.

Just two minutes later, Oburu completed his brace with a low volley inside the box after Kevin Kimani’s freekick was defended into his path.

Mathare had a lifeline two minutes later when skipper Ochieng halved the deficit with a brilliantly taken shot after Danson Kago headed down Norman Ogolla’s cross for his captain to sweep home. 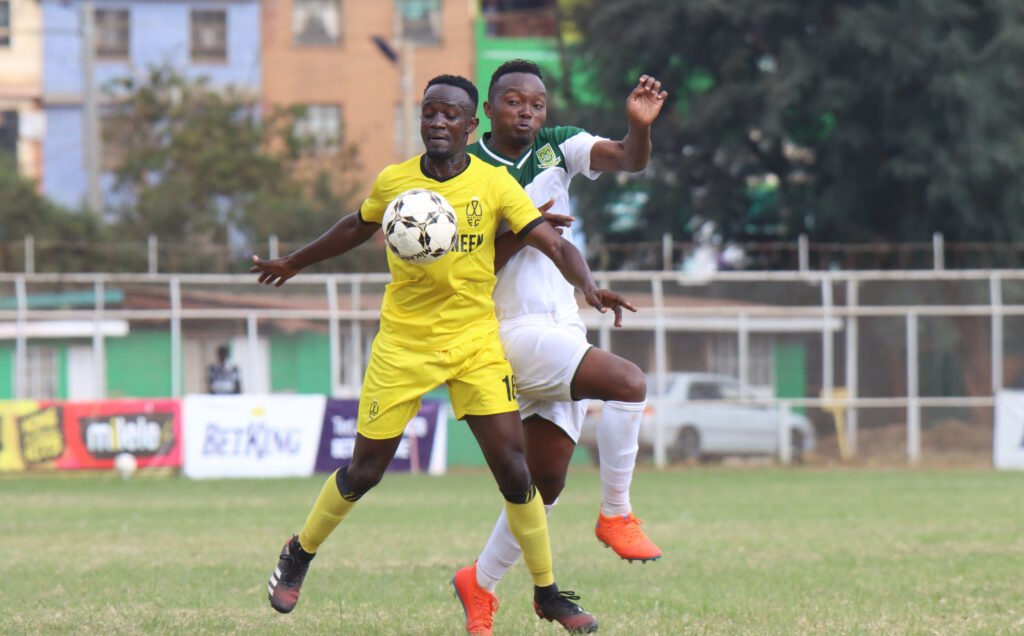 The goal ignited some fight in them and began taking the game to Wazito. They had two chances, first Chris Oduor’s effort unmarked at the backpost going over before keeper Odhiambo denied James Kinyanjui with a superb save.

At the death, Wazito should have sealed the game. Mathare keeper David Okello made a brilliant block to deny Vincent Oburu a hattrick after the striker shot at goal off a counter. The rebound fell on Boniface Omondi but the former Gor Mahia man volleyed wide with a gaping goalmouth.