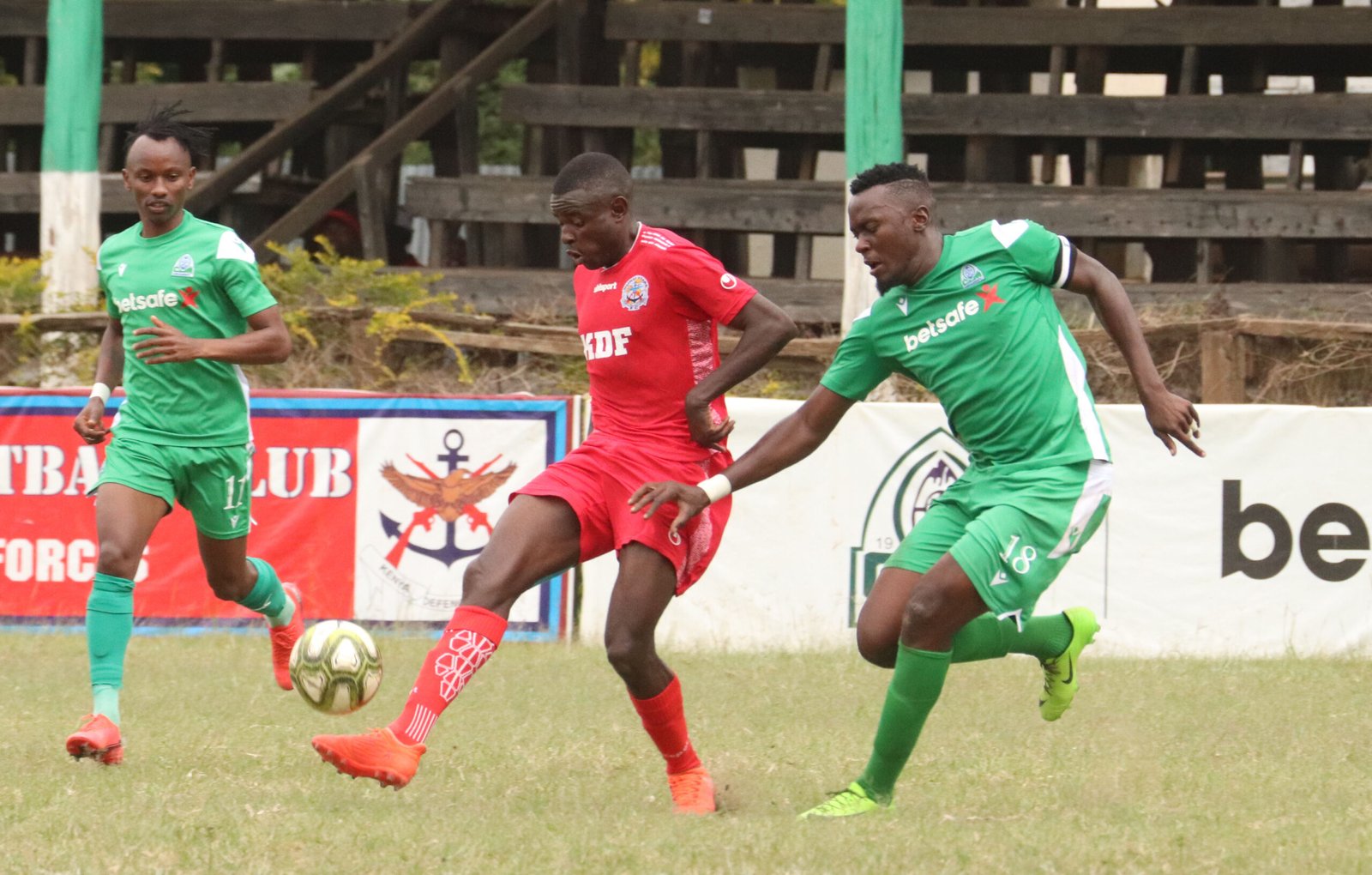 Gor Mahia’s troubles continued on Monday evening as the outgoing Kenyan Premier League champions lost by a solitary goal to Ulinzi Stars at the AS Showground in Nakuru, stretching their winless run to six games.

Defender Alex Masinde scored the goal for Ulinzi in first half, his first ever for the military side in the league since being promoted from the junior team.

With the loss, Gor Mahia drop to eighth in the standings while Ulinzi jump to 10th as they continue pushing for a top eight finish.

Masinde broke the deadlock after 19 minutes. Masita Masuta’s well taken freekick from the left came cracking under the crossbar with the rebound falling on Masinde’s path, the defender heading it into goal.

Gor keeper gad Mathews had dived to his left to try and pluck out the ball but though successful, it had already crossed the line.

The record 19-time league champions could have found a way back into the game five minutes on the turn when John Ochieng rose to head home a freekick from Samwel Onyango, but keeper James Saruni made a fine save, rising well to tip the ball over for a corner.

Ulinzi were threatening especially from set play, while Gor Mahia struggled to create chances good enough to get the ball into the net. They trailed by a goal at halftime.

In the second half, the home side should have had the game dead and buried just eight minutes in. Mark Bikokwa picked the ball inside the box after Harun Shakava’s defensive header fell on his path. The striker did well to beat his marker but with Only Mathews to beat sent a tame shot which the keeper saved.

Harun Mwale also had a chance when a corner was headed to his path inside the box, but his effort with a first time volley swung straight to the keeper’s path.

Gor stand-in coach Sammy ‘Pamzo’ Omollo then made attacking changes to the team bringing in John Macharia, Clifton Miheso and Tito Okello, some fresh pairs of legs in the final third to keep his side in the game.

Just four minutes after coming on, Okello should have sent Gor Mahia level but his effort came against the crossbar. Karim Nikiema initiated a swift counter attack, driving into the Ulinzi half before releasing Okello on the right.

The South Sudanese broke into the box and let fly a shot on his right foot but he was denied by the crossbar after beating James Saruni. Gor piled in the pressure with Miheso and Macharia feeding in balls into the box from set pieces, but Ulinzi just but managed to hold on for the victory.

Meanwhile in the other fixture, Bidco United continued with their impressive run after beating Nairobi City Stars 2-1 at the Ruaraka Grounds in Nairobi.

David Orem gave Bidco a 25th minute lead, one that they guarded till the break. David Gateri then doubed Bidco’s lead scoring against his former employers in the second half.

Ezekiel Odera’s late penalty salvaged one back for City Stars, with the game ending with each side having 10 men after Salim Abdallah for City Stars and Lambert Oyuga for Bidco being red carded for an off the ball altercation.