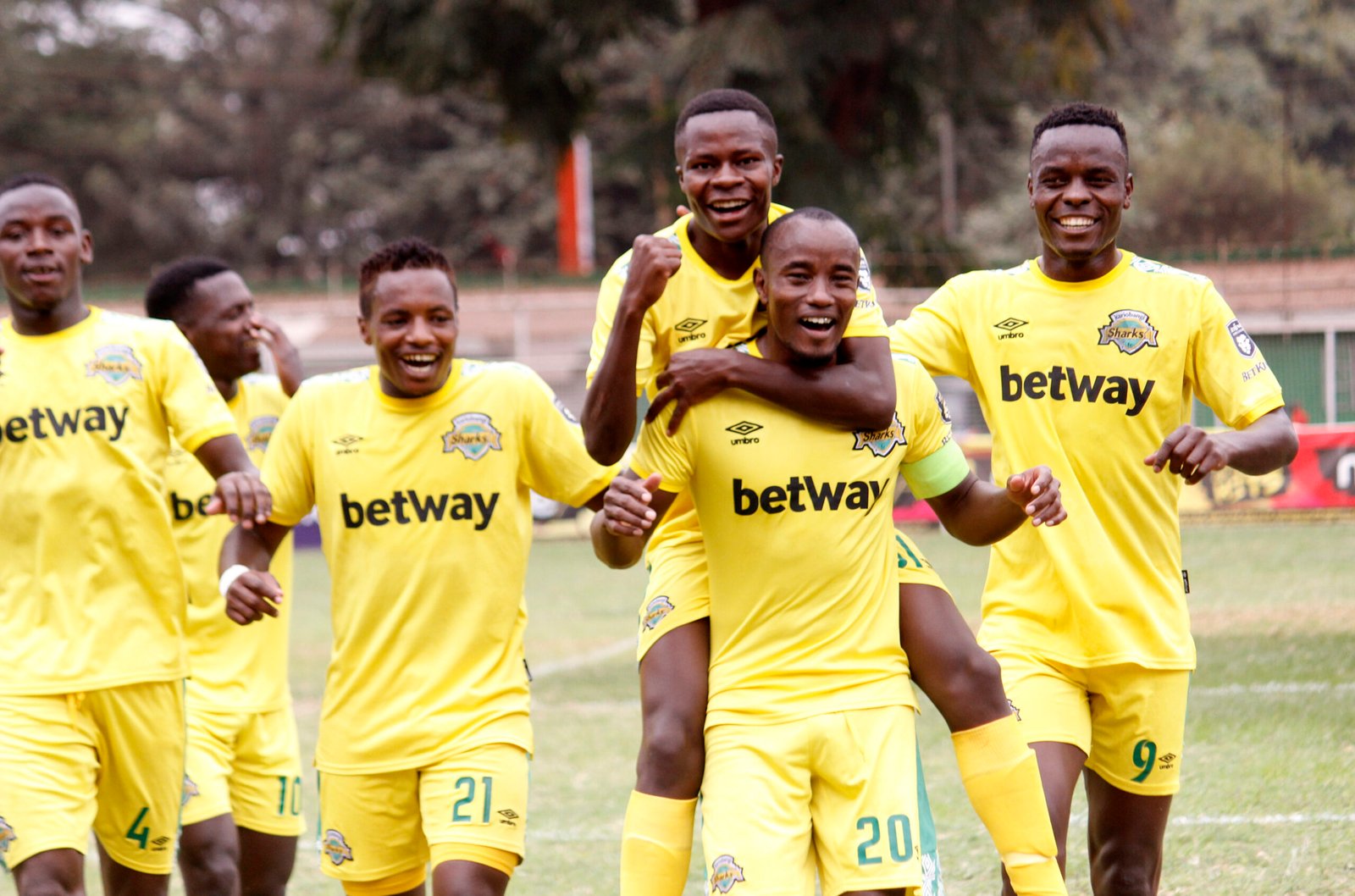 Goals in either half from skipper Eric Kapaito and Robert Onyango earned Kariobangi Sharks a 2-1 victory over Gor Mahia, completing a double over the Kenyan Premier League defending champions having beaten them 2-1 in the first leg.

Jules Ulimwengu stepped off the bench to halve the deficit for Gor with three minutes left, but it did little to undo the damage with Gor slipping four points behind the third placed Sharks.

The defending champions have endured a tough season with their coach Carlos vaz Pinto leaving last week while midfielder Kenneth Muguna has ditched them for Tanzania’s Azam, where he was unveiled on Wednesday afternoon just as Gor were losing in Thika.

K’Ogalo found themselves trailing after 20 minutes when Kapaito converted his 22nd goal of the season to pull away further in the golden boot chase. The striker was axed inside the box by Philemon Otieno and he stepped up for the spot kick, sending Gad Mathews the wrong way for the opener.

Gor tried to get themselves back into the game and had an opportunity after 30 minutes when a John Macharia corner found skipper Harun Shakava isolated inside the box. However the defender’s bouncing header went over the bar unmarked. 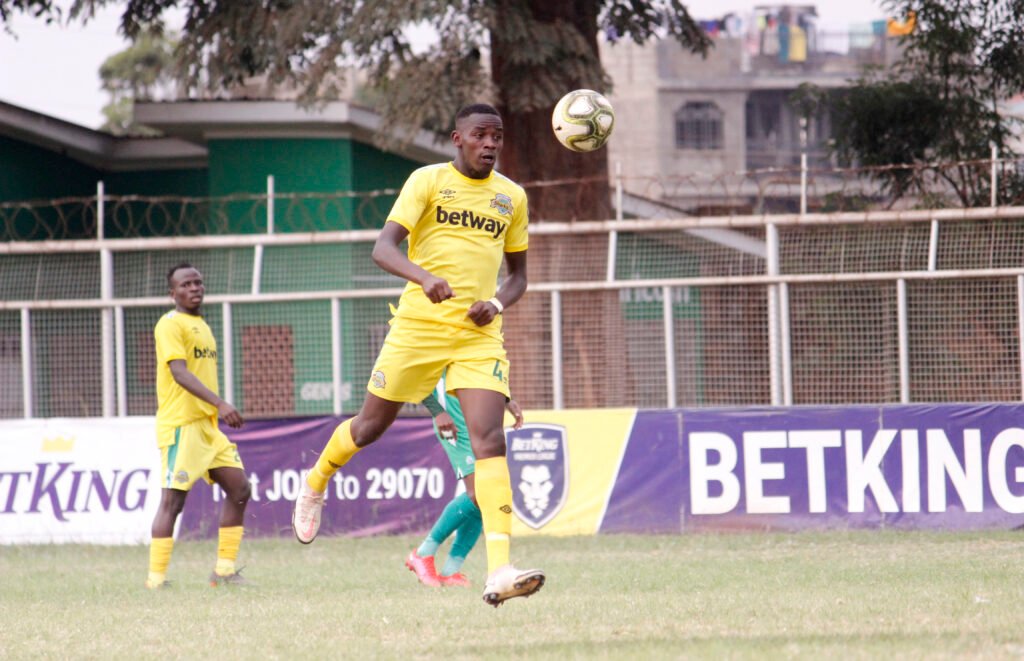 Action from the Gor Mahia vs Sharks game

On the other end, Sharks came close to grabbing a second through Kapaito. James Mazembe’s run on the left created space for Kapaito to run in the middle and when a cross was cut back, he received the ball unmarked.

However, an onrushing Andrew Juma threw his body ahead of the shot taking a deflection and some sting off it, keeper Mathews comfortably picking.

In the second half, Gor Mahia were determined to get their act together and get back into the match. They camped in the Sharks half but could not get the much needed goal.

Sharks would turn the screw on Gor scoring the second in the 70th minute of a swiftly executed counter after they defended a freekick well. Ronald Odede picked the ball on the left and cited an unmarked Onyango, swinging the ball to the forward who controlled and shot past the keeper.

Gor drew one back in the 87th minute when Ulimwengu swept the ball home inside the box after Samwel Onyango’s cross had come off skipper Shakava’s torso and rolled to the Burundian import’s path. 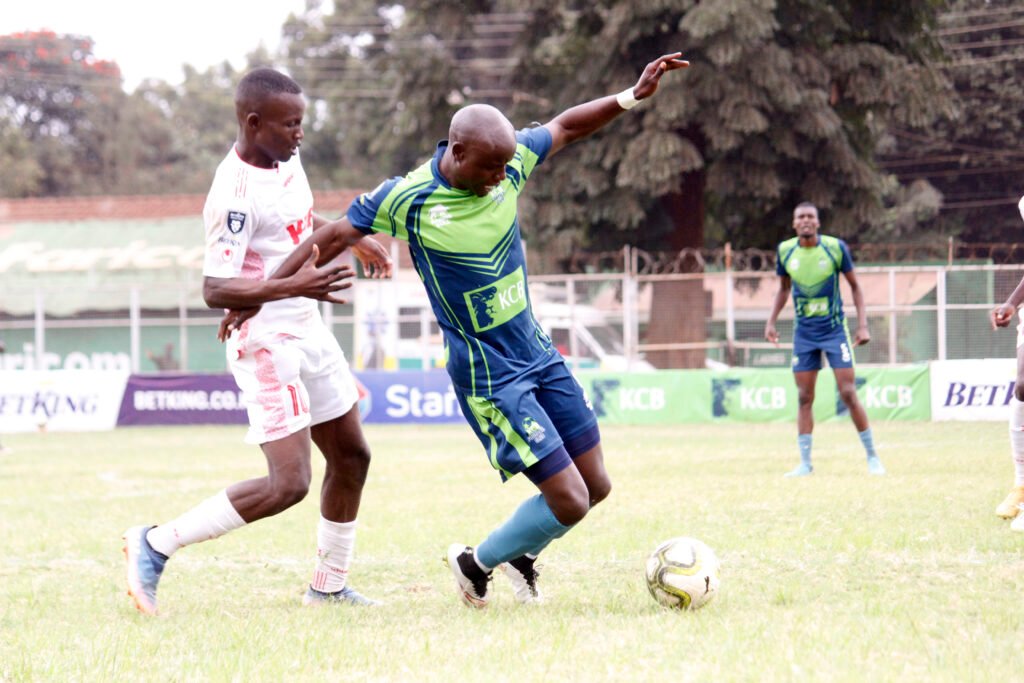 Meanwhile in the early kick off, KCB kept their title hopes alive after coming from behind to beat Ulinzi Stars 2-1 and move four points closer to leaders Tusker FC. The bankers could go to within a point of Tusker if they beat Sharks on Sunday.

The bankers had gone 1-0 down at the stroke of halftime when Masita Masuta scored for the soldiers. However, the drew level 10 minutes into the second half when Derrick Otanga converted from the penalty spot.

They kept the pressure on the battle hardened soldiers and eventually found the breakthrough in the 89th minute when David Simiyu took a daunting run into the Ulinzi area before slotting the ball home.

Meanwhile in other fixtures, Elly Asieche scored in the 89th minute as Wazito FC beat Kakamega Homeboyz 1-0 at the ASK Showground in Nakuru. In the earlier kick off, Nairobi City Stars was held to a goalless draw by relegation fighting Vihiga United.