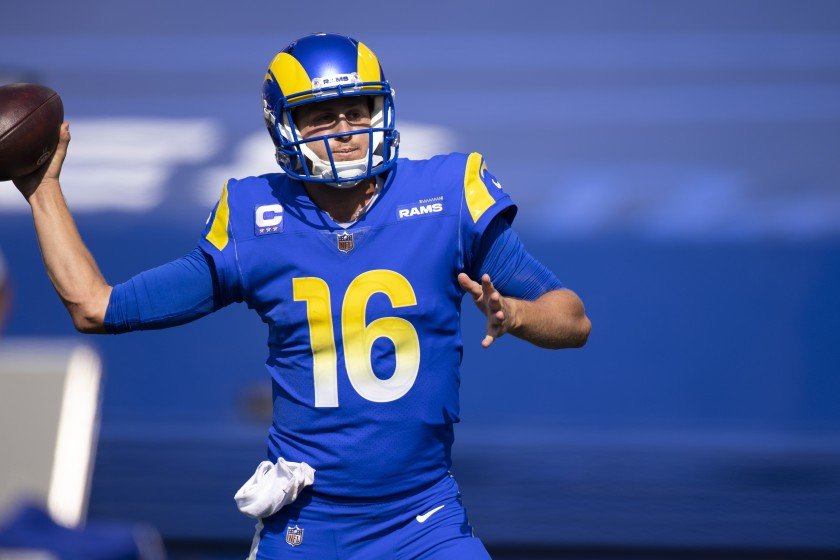 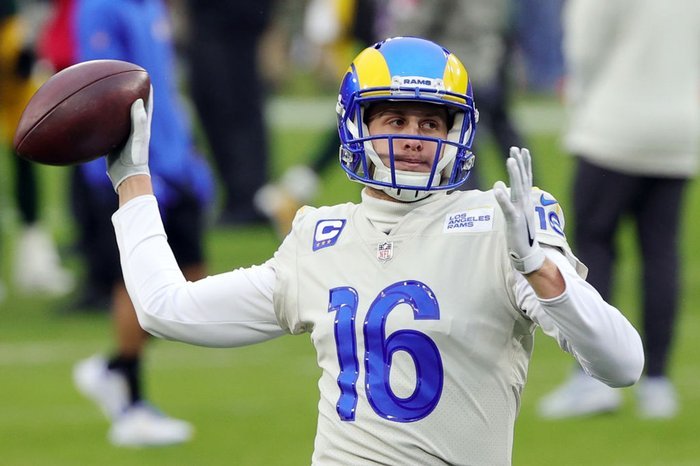 Goff has a special talent that has been greatly recognized and celebrated globally. He has been a big inspiration to all aspiring footballers. He has added a positive impact on the football field.

Goff is as well an award-winning quarterback and has been of great help to every team that he has played for.

Jared Goff is a football quarterback for the Detroit Lions of the National Football League (NFL). He played college football in California, having begun playing at a young age. While there, he was a first-team All-Pac-12.

He was also selected first overall by the Los Angeles Rams in the 2016 NFL Draft.

After an unsuccessful rookie season, Goff rebounded in his sophomore year when he helped lead the Rams to their first winning season in 14 years and their first playoff appearance in 13 years.

The football sensation also received Pro Bowl honours in both seasons. Amid a production dip during his next two years, Goff was traded to the Lions ahead of the 2021 season.

Season after season, Goff has made an impressive performance. He started all the 12 games in the 2013 season.

During the 2014 season, Goff was the starting quarterback for the Golden bears. In a matchup against the Colorado Buffaloes, he threw a career-high seven touchdown passes.

As a junior, Goff led the Bears to a 7–5 regular-season finish, clinching Cal’s first winning season since 2011.

In 2016, Jared Goff was selected with the first overall pick by the Los Angeles Rams in the 2016 NFL Draft.  The Rams had traded up in the first round and acquired the first pick from the Tennessee Titans.

Moreover, the football quarterback signed a four-year deal worth $27.9 million in guaranteed money. That was on 9th June 2016. He also had the privilege of an $18.6 million signing bonus.

On November 15, Goff was named the Rams’ starting quarterback for the game against the Miami Dolphins after spending the first nine games as the backup to veteran quarterback Case Keenum. Goff then started the final seven games of the season.

During week 1 of the 2017 season, Jared Goff achieved his first professional victory. That was while he completed 21 of 29 passes for the 306 yards and a touchdown in a 46-9 win. The win was over the Indianapolis Colts.

Amazingly, his performance against the Colts marked his first career game with at least 300 passing yards.

Goff has played against many sensational teams, including Houston Texans and Atlanta Falcons.

In a tournament against the Dallas Cowboys, Goff completed 21 of 36 passes for 255 yards and two touchdowns as the Rams won 35-30. This was during the 2017 season.

However, in week 5 against the Seattle Seahawks, Goff notably struggled. On to the next season, Jared made a tremendous impact.

He started the 2018 season with 233 passing yards and two touchdowns in a 33–13 road win over Oakland Raiders.

More to the basket of winnings, in the Divisional Round against the Dallas Cowboys, the quarterback icon finished with 186 passing yards. Interestingly, the Rams won 30-22.

In the NFC Championship against the New Orleans Saints, he passed for 297 yards. He as well passed a touchdown, and an interception as the Rams defeated the Saints in overtime by a score of 26–23.

The Rams picked up the fifth-year option on Goff’s contract in April 2019. The football quarterback agreed to a four-year extension worth $134 million five months later.

That featured a $110 million guarantee. Moreover, Jared Goff helped lead the Rams to a 3–0 start with victories over the Carolina Panthers, New Orleans Saints, and Cleveland Browns.

Towards the end of the 2020 season, Goff competed against the Green Bay Packers. That was in the Divisional Round of the playoffs.

According to Celebrity Net Worth, Goff has an approximated net worth of $30 million. This has hugely accumulated from his professional career and several endorsement deals.

‘The ex-Rams quarterback was set to earn $25.325 million in base salary for the upcoming season. According to ESPN, “The Lions have converted $20M of Jared Goff’s salary into a signing bonus, creating $15M in cap space for 2021.’

Goff reportedly earns $2 million per year out of endorsement deals. He has deals with brands like Red Bull, BMW, Banana Republic, Nike, Bose and Pizza Hut.

The football quarterback is reportedly dating one, Christen Harper, a model and actress by profession.

As part of his charity works, Jared donated $250, 000 to the Los Angeles food bank to support people during the Covid-19 pandemic in 2020.