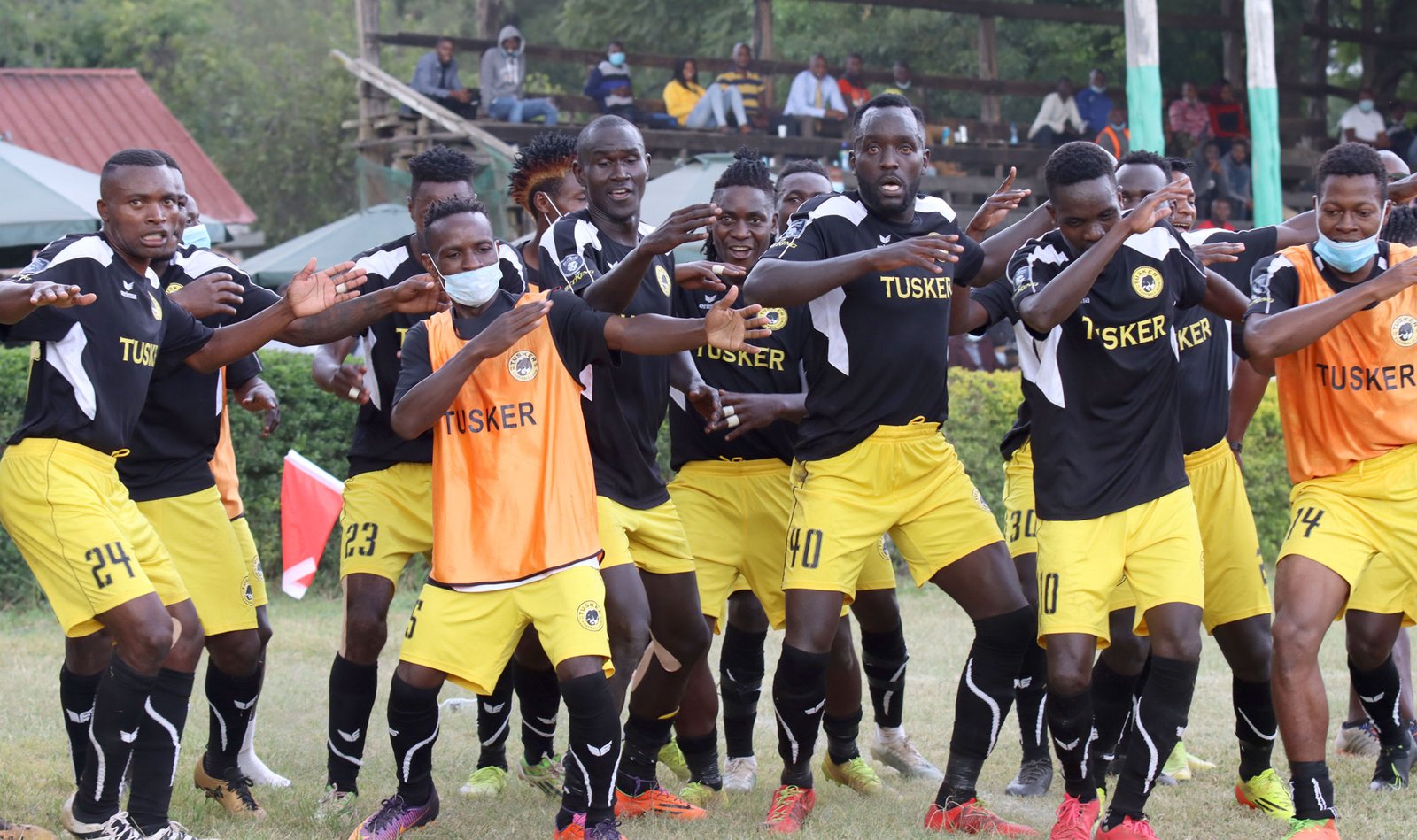 On a city in which they won their last Kenyan Premier League title, Tusker FC sealed a place to play in next season’s CAF Champions League in style after thrashing Ulinzi Stars 4-1 at the ASK Showground in Nakuru on Wednesday.

Tusker had to come from a goal down to beat the soldiers at their own home turf and qualify for the Champions League after staying top on the last day of June, as stipulated by the Football Kenya Federation to beat a CAF deadline on submitting names for teams to play in continental football next season.

Coming into the last match of the month, Tusker had fate in their own hands and just needed to win. Second placed KCB who are one point behind the brewers needed to win and hope Tusker falter by dropping points against Ulinzi.

At halftime of both fixtures, Tusker were held 1-1 with Brian Birgen’s own goal having taken them back into the game after Boniface Onyango had given Ulinzi the lead. In Nairobi, KCB were leading 2-1 courtesy of two goals in the last five minutes of the opening half.

However, Tusker came back off the break breathing fire and Brian Marita headed them into the lead within a minute of the restart. They left the best for last with Kevin Okoth’s well taken shot from distance taking them 3-1 up before Chris Onyango sealed the tie with an emphatic half volley. 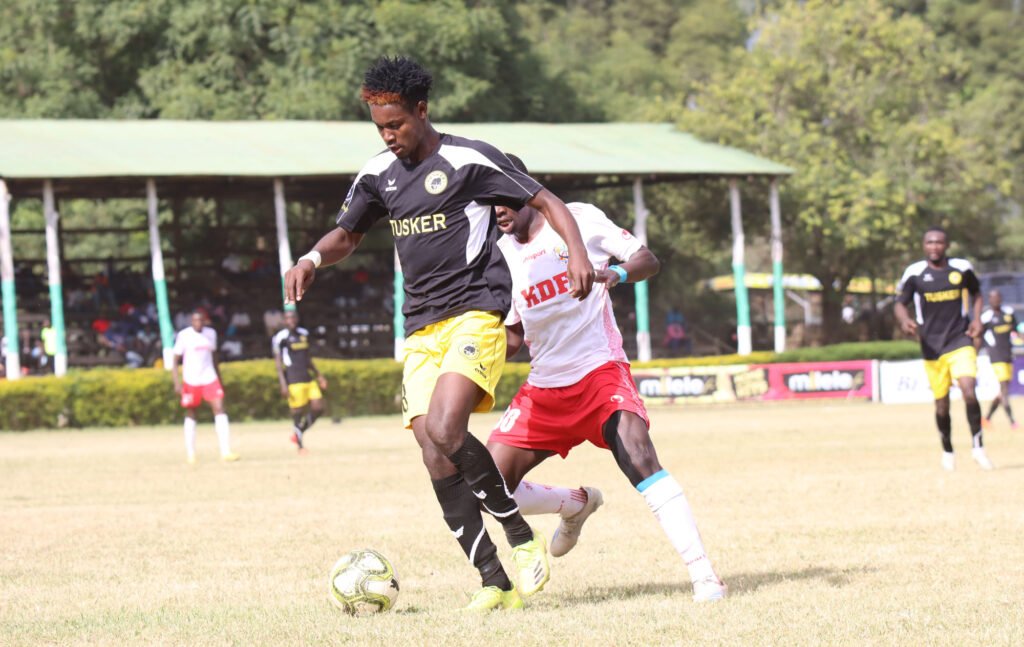 “I am very happy because of the work we have done as a team. After losing twice in a row, we had to come back and work harder because everyone knew that we wanted to do something special and come out with good results,” said coach Robert Matano.

“This is a good achievement for the team and has been our ambition since we started the league; to play in the CAF Champions League. Through the commitment and effort of the players, we have made it and this is something special for us,” he added.

Tusker were stunned after 11 minutes, Boniface Onyango taking Ulinzi 1-0 up with a header from the backpost after keeper Mike Wanjala failed to tap away a John Njuguna corner.

But the soldiers kept their fight and they had their way back into the game 10 minutes later when Birgen turned Luke Namanda’s cross into his own net. Tusker should have been 2-1 up when another brilliant move on the right saw Henry Meja float in a cross, but Faraj Ominde’s diving header was just wide.

Going to the break tied at 1-1 and KCB leading on the other end, pressure was on Tusker to get the win across the line. They did so just a minute into the second half when Brian Marita scored their second.

The winger dived in at the backpost to head in a well taken cross from Meja after the striker did well to find some space on the left. The introduction of Humphrey Mieno and Boniface Muchiri was the game changer for Tusker.

Mieno brought in the much needed experience to cool things down in midfield and reduce the pressure on his side. 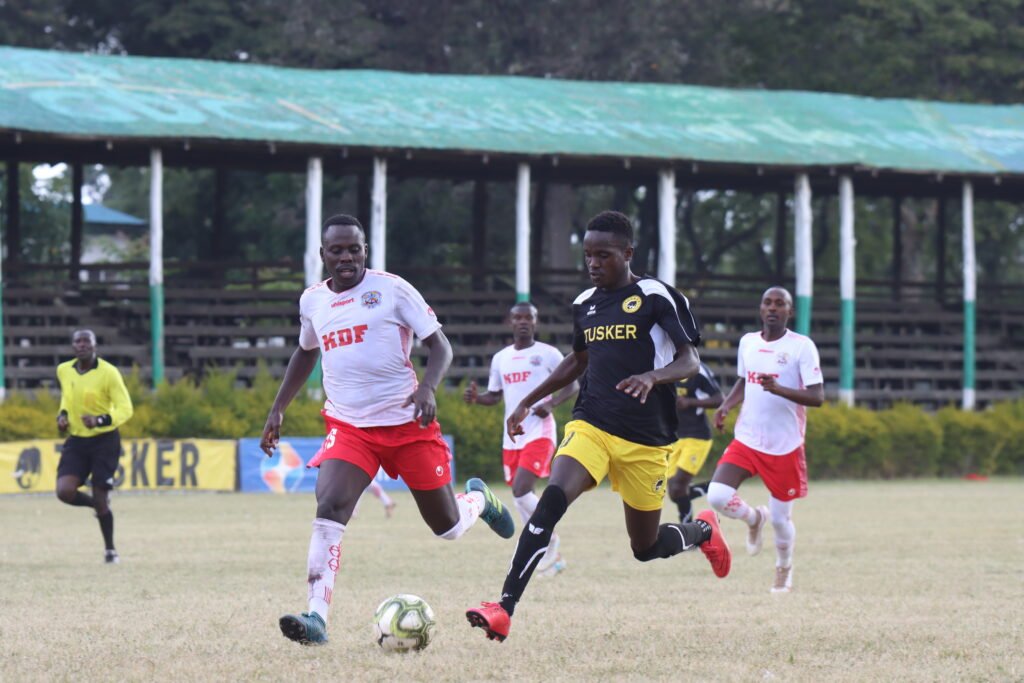 But the soldiers were relentless in their quest for maximum points and they came inches close in the 82nd minute when Harun Mwale sent in a low drive from 35 yards out which missed the target by inches.

That proved to ring the alarms for Tusker and five minutes on the turn, they were 3-1 up to send a huge sigh of relief for their entire team when Okoth’s well taken volley from distance beat Saruni.

A minute later, they sealed their victory in superb fashion, substitute Chris Ochieng driving into the box from a Muchiri through pass before slamming the ball past a helpless Saruni.

Tusker now sit top of the table with 47 points, one ahead of KCB. The title race now seems settled between the two after both Gor Mahia and AFC Leopards dropped points. Gor played to a 0-0 draw with Bandari in Nairobi while AFC were beaten 2-1 by Kariobangi Sharks in Thika.

Tusker are seven points ahead of Leopards and eight ahead of defending champions Gor Mahia.

Meanwhile in the bottom of the log, Mathare United handed themselves a huge reprieve after beating Vihiga United 2-1 to move to within two points of safety. They are just one point behind 16th placed Vihiga and two behind Western Stima.