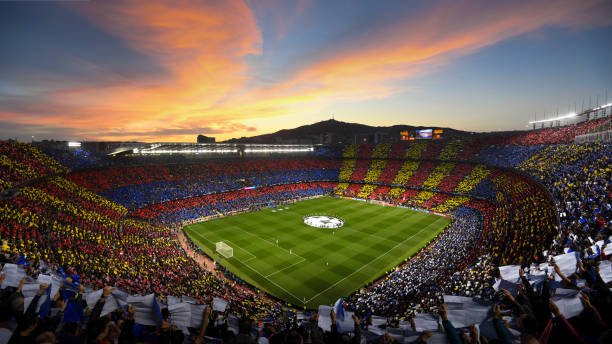 Opened in 1957 Camp Nou, a football stadium in Barcelona, Spain is home to Barcelona Football Club, since its completion and also home to the Catalan Team. It is the largest stadium in Spain and Europe drawing close to almost 100,000 seating capacity, which earns a statue of the fourth largest association football stadium in the world in capacity.

For Barcelona Football Club fans, Camp Nou Stadium is almost a holy site. Camp Nou, the ‘new pitch’, which was called Estadi del Futbol Club Barcelona until 2001. It is the home ground of their team, and responsible for the emergence of a whole series of world-famous footballers: Lionel Messi, Andrés Iniesta, Xavi, Gerard Piqué, Pep Guardiola they all became big names here. 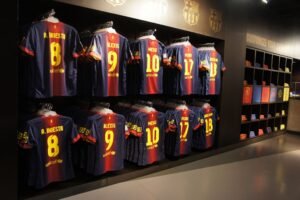 It is no surprise, then, that even on days when there is no game, a long queue is already forming in front of the main entrance to the stadium in the early morning. Alongside Sagrada Família, Parc Güell and the Picasso Museum, Camp Nou is part of every sightseeing tour in Barcelona. It is not just an ordinary stadium, no simple football ground, it is more of a pilgrimage site for football fans from all over the world. And they get to see quite a lot on a tour through the biggest stadium in Europe. 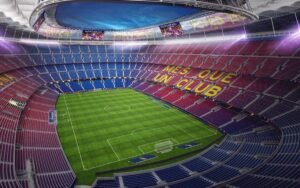 There is space for almost 100,000 people on the Camp Nou terraces, and after a planned conversion there should even be room for a few thousand more.

Even if many fans can only dream of full stadiums due to the Corona pandemic right now, Camp Nou is always worth a visit. 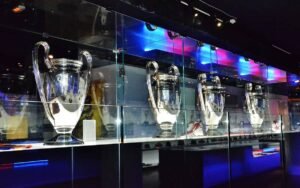 The stadium also houses the second-most visited museum in Catalonia, FC Barcelona Museum, which receives more than 1.2 million visitors per year. Here visitors can marvel at the club’s various trophies, and succumb completely to the cult of Messi and co. You also get to see the commentators’ boxes, the away team’s changing room, and the coach’s bench from close proximity on a guided tour. Finally, visitors can at least almost feel like a real football star themselves, when they walk through the players’ tunnel and enter the stadium.

That the cult of football in Camp Nou has long since taken on an other-worldly character is demonstrated not least by FC Barcelona’s plans for an urn hall in the stadium.

In future, around 30,000 fans could find their final resting place here, and that shows their loyalty to the club even after their passing. That is the only logical next step for the temple of football that is Camp Nou.

Getting there: From Barcelona City Centre by metro (line 3 to Collblanc, or line 5 to Les Corts); buses and trams also stop nearby