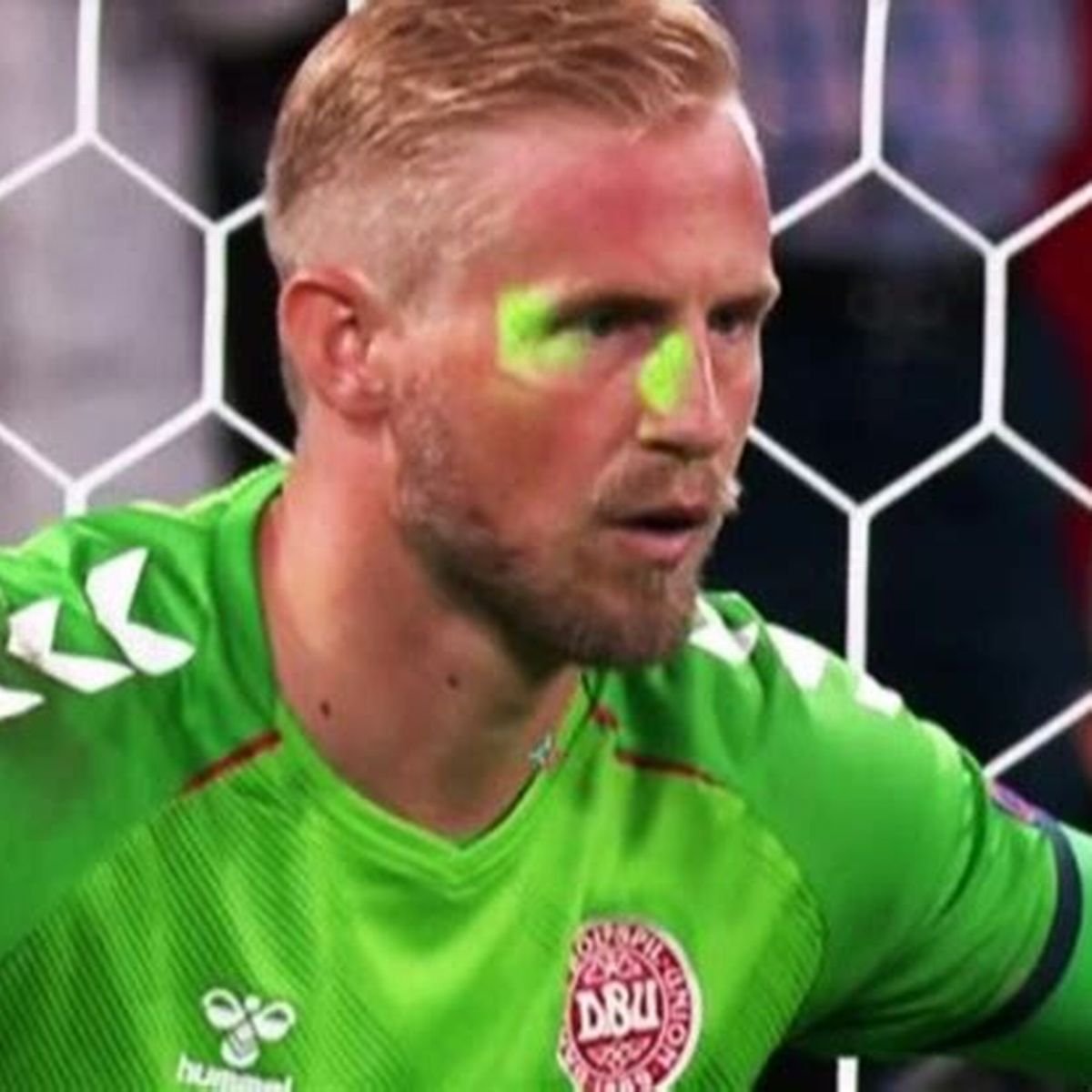 UEFA governing body has charged England National team after a laser was aimed at Denmark goalkeeper Kasper Schmeichel as he was facing Harry Kane’s penalty kick in extra time of the EURO 2020 Semifinals between England and Denmark played at Wembley last night.

The Leicester City shot-stopper had a laser shone on his face just before he saved Harry Kane’s penalty kick, although Kane scored from the rebound to put England 2-1 in front in the 104th minute. 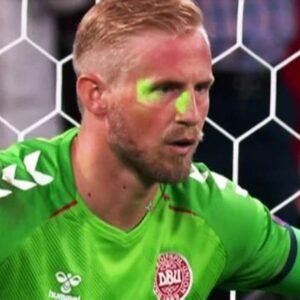 England won the match 2-1 to advance through to the EURO 2020 finals, the first major finals that England will play since winning the 1966 FIFA world cup. However, amid jubilant celebrations, there was a cause for concern on UEFA’s side. 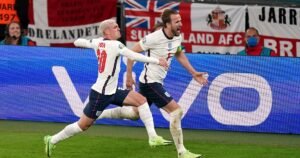 England’s Harry Kane (right) with Phil Foden celebrates after scoring the second goal to give England the lead.
PHOTO: Courtesy

During the kickoff, England fans booed off the Denmark National anthem and UEFA has said it will also charge England for that. UEFA has also taken issue with fireworks that were set in Wembley by England fans.

In a statement, UEFA said: “Disciplinary proceedings have been opened following the UEFA Euro 2020 semi-final match between England and Denmark (2-1), played on July 7 at Wembley Stadium, London.”

UEFA also said, “The case will be dealt with by the UEFA control, ethics and disciplinary body in due course.”

The three lions are now preparing to face Italy on Sunday evening and are aiming to win their first-ever trophy since lifting the 1966 FIFA world cup. Italy on their side is unbeaten in 33 matches and will be looking forward to extending their run despite knowing that England has a big home advantage on what is promising to be an epic EURO finals.