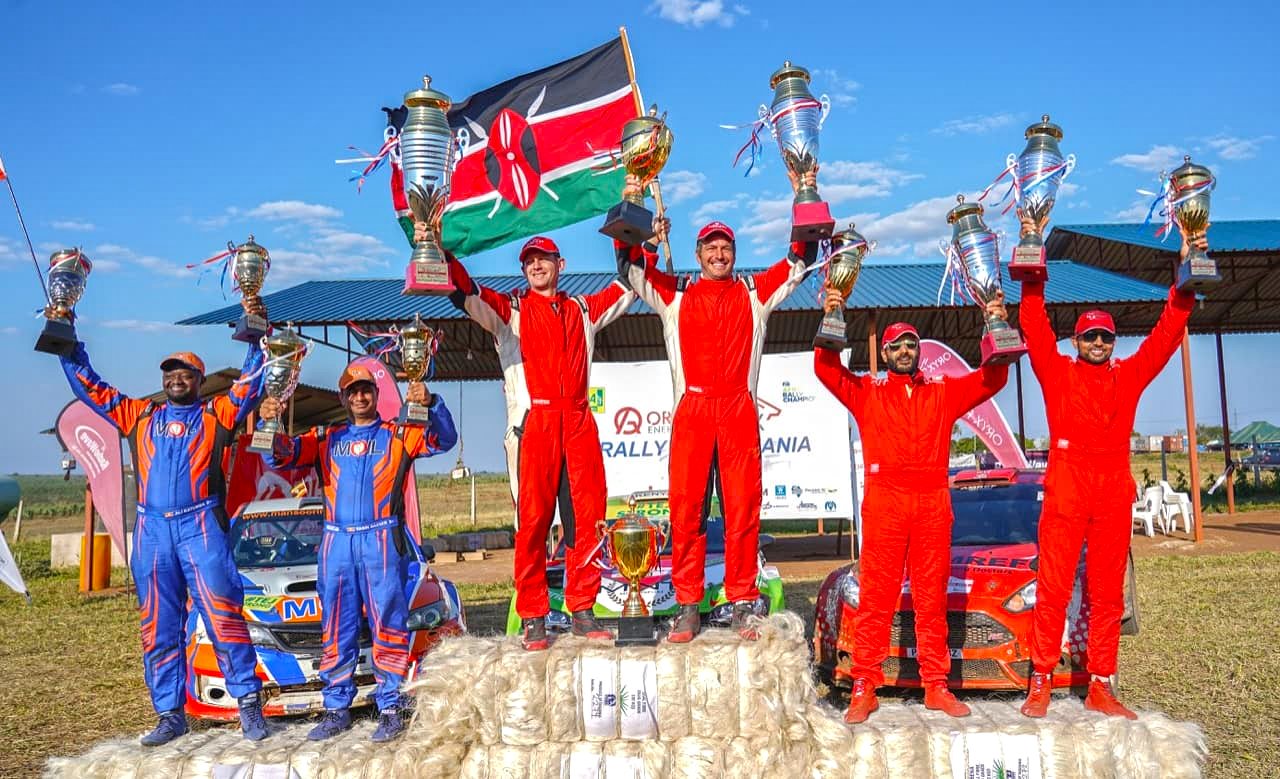 Driving a VW Polo R5, Kenyan rally star Carl ‘Flash’ Tundo navigated by Timothy Jessop secured his maiden victory at the Rally of Tanzania over the weekend to extend his lead on the FIA African Rally Championship (ARC) standings.

Tundo moved to 60 points on top of the ARC standings, opening up an 11 point gap ahead of his closest competitor. Tundo followed this performance up from the two previous commendable results, having won the Equator Rally in Naivasha in April before finishing ninth at the Safari Rally last month.

On his way to victory in Tanzania, Tundo beat compatriot Karan Patel who was cruising in a Ford Fiesta R5 and Ugandan reigning champion Yasin Nasser in his Subaru to the podium. Tundo and Karan won five stages apiece in an event that was organised by Automobile Association of Tanzania.

South African Guy Boltteril came fourth and as such loses the joint lead he had shared with Tundo prior to Tanzania.

WRC/FIA Rally Star Program youngster Jeremy Wahome navigated by Victor Okundi finished fifth, building on to a second career event having made his debut with a 16th spot placing at the WRC Safari Rally.

The FIA Rally Star is a programme designed to showcase the talent and determination of the Candidates. The program currently has three drivers including McRae, Wahome and Hamza Anwar.