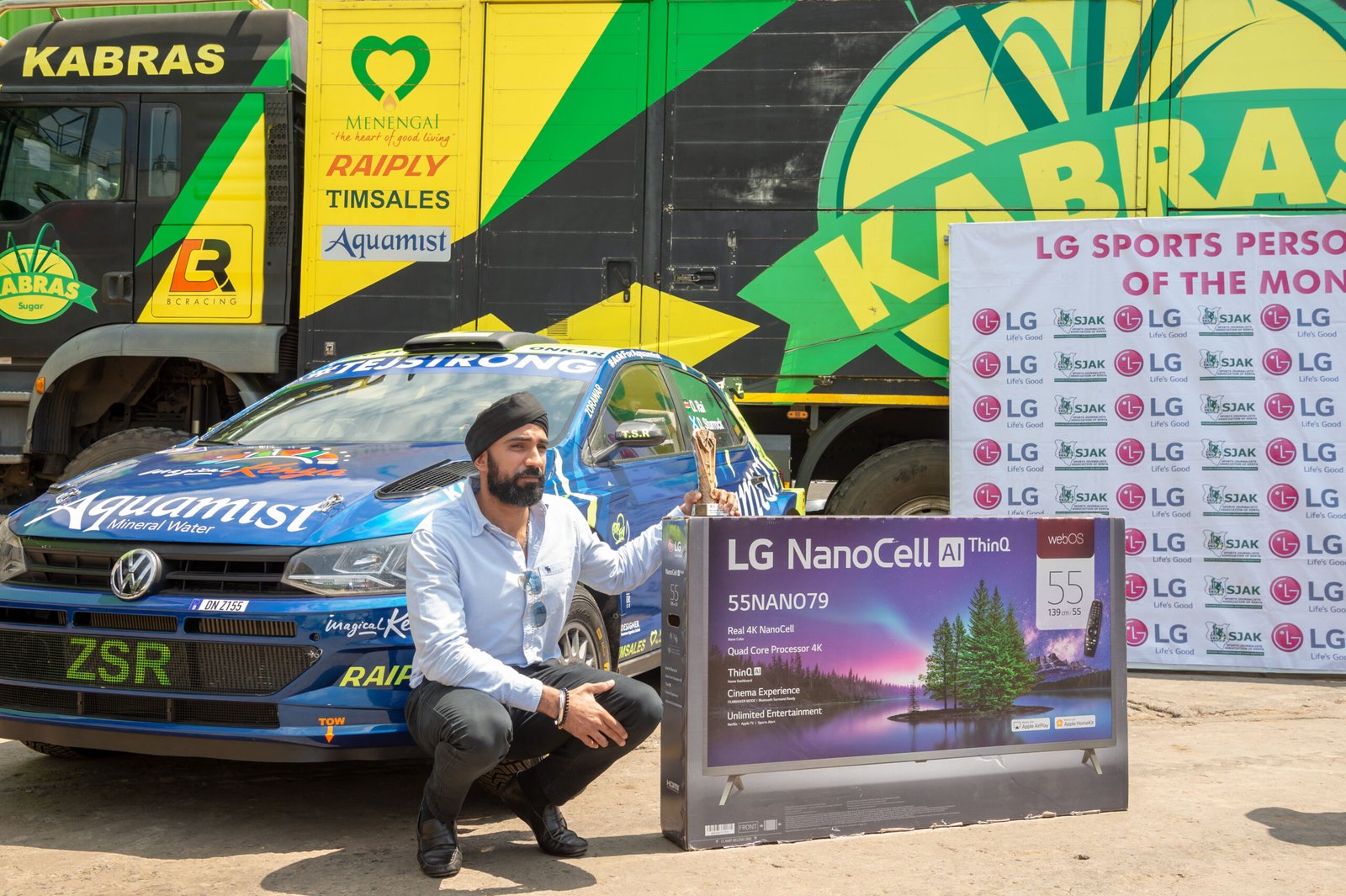 Rally Driver Onkar Rai has been named as the LG Sports Personality of the Month for June after his stellar drive at the WRC Safari Rally which made a return to Kenya after two decades.

Rai who was navigated by Briton Drew Sturrock won the WRC3 class at the Rally and also scored WRC points to tank seventh overall.

For winning the award organized by the Sports Journalists Association of Kenya (SJAK) in conjunction with Korean Electronics Company LG, Rai was rewarded with a 59-inch NanoCell TV worth Sh120,000.

He in turn donated it to the Nakuru Level Five Hospital.

“I however want to donate my television award to Nakuru Level Five hospital to create awareness for people with spinal injuries,” Onkar said, in reference to support for his compatriot Tajveer Rai who picked up a serious spinal injury after an accident at the Safari Rally.

“It’s such an honour and privilege to be awarded and this really goes to show the hard-work and sacrifices I have put in the sport over the past two years. This could not have come into play were it not for the support system around me and more so my brother Tejveer (Rai) and my dad Jaswant who effortlessly pushed me,” further said Rai. 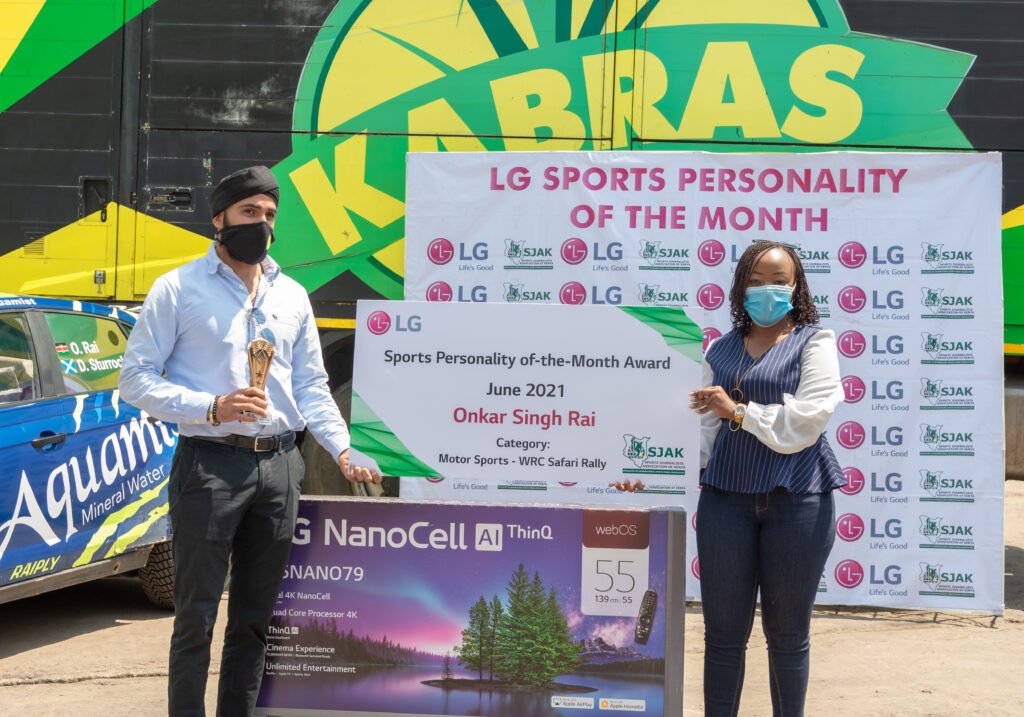 Agala spearheaded Kenya to a maiden women’s Beach Volleyball Olympic qualification in Morocco, while Omanyala ran a Kenyan national record of 10.02 in the men’s 100m to earn his ticket for the Tokyo 2020 Olympics in emphatic fashion.

Kipyegon won the women’s 1,500m at the Florence Diamond League meeting in a national record of 3:53.91.

Kamworor, was nominated for the coveted award after booking the Tokyo 2020 spot in 10,000m after winning the race at the Kenyan Trials while School girl Medina Okot was voted Most Valuable Player upon leading Kenya Ports Authority women basketball team to a deserving 103 -56 victory over Cezoball select women team in the final of the Malawi International basketball tournament.