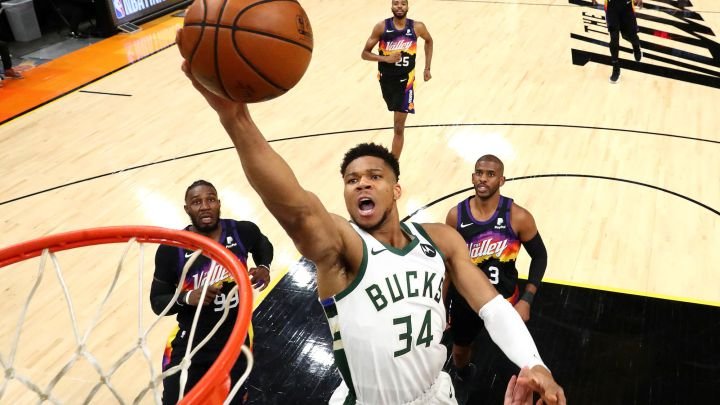 Giannis scored 41 points with 13 rebounds as the Bucks made the match a matter of life and death if they were to overturn a 2-0 series lead that the Suns were held before the match. 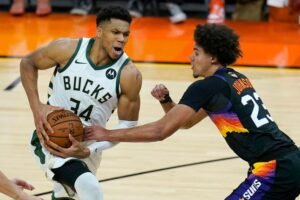 The Suns fell behind in the second quarter and never recovered with top scorer Devin Booker unable to find his stroke in a 3-of-14 shooting night that shifts the momentum of the best-of-seven series.

The suns scored 118 in each of the first two series to earn a 2-0 lead but the Bucks could not let Game 3 slid away especially in front of their home fans.

The Suns had a good start into the match leading 36-30 on Sunday early in the second quarter when a jumper from Suns guard Cameron Payne forced Bucks coach Mike Budenholzer to call a timeout.

After the time out, things quickly flipped in favor of the Bucks who closed the first half on a 30-9 run, a run that was kick-started by Giannis getting a dunk, and a 1-bucket and a lay-up in just 58 seconds. This was the best match Giannis has had since returning in Game 1 from a knee injury. Giannis had injured his left knee in Game 4 of the Eastern Conference Finals against the Atlanta Hawks.

Just like in Game 2 when Bucks led Antetokounmpo came back in the second half with a fightback, The Suns came back and closed the range in the third quarter to 74-70 but Milwaukee recharged themselves and protected the lead well to close the third quarter with a 98-74 lead. 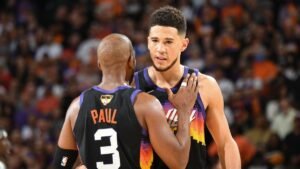 The Bucks closed the fourth quarter with a superb finish to win the tie 120-100 setting off celebrations at Milwaukee as the Bucks recorded their first-ever win in an NBA final for the first time in 47 years.

Chris Paul on his side had a quiet night recording 19 points and nine assists for the Phoenix.

Speaking after the match, MVP hopeful Giannis Antetokounmpo alias ‘The Greek Freak’ attributed his performance to his teammates Khris Middleton and Jrue Holiday for their aggressiveness.

“I just read each possession at a time,” Antetokounmpo said. “Sometimes, I’m going to be aggressive for two minutes straight. Sometimes, I’m not. Because the ball is not in my hands because Khris is being aggressive at that time or Jrue.

“Each possession, each time of the game, it’s different. I’m not planning what I do. I’m just trying to be out there, trying to take it a possession at a time, try to enjoy the game, try to make the right play.” Said an excited Antetokounmpo after the match.

The NBA finals now stand at 2-1 in favor of the Phoenix Suns although Milwaukee Bucks are not looking to let the trophy just go to Phoenix without a fight,

Game 4 of the NBA finals will be played on Wednesday night at Milwaukee as the Bucks are aiming to level the series wins with the Phoenix.