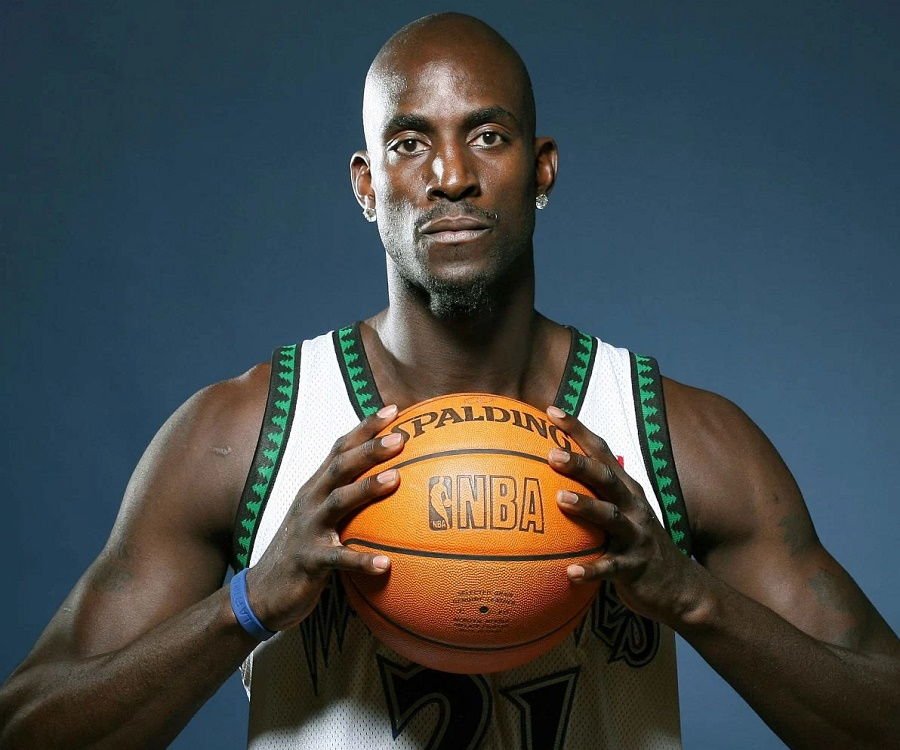 Kevin Garnett, A Splendid 21 Seasons Career in The NBA

Kevin Garnett, A Splendid 21 Seasons Career in The NBA

Kevin Maurice Garnett is an American former professional basketball player who played for 21 years in the National Basketball Association (NBA) league playing as a forward for different teams including, Minnesota Timberwolves, Boston Celtics, and Brooklyn Nets. Garnett is a Most Valuable Player (MVP) award holder and in 2020 he was inducted into the Hall of Fame.

Garnett was born on May 19, 1976, in Greenville South Carolina. His mother Shirley Garnett divorced his father, O’Lewis McCullough shortly after he was born. He grew up living with his mother, Shirley, stepfather Ernest Irby, and two sisters.

He attended Hillcrest Middle School where his interest in Basketball started, although he started playing Basketball when he joined high school. He attended Mauldin High School in Mauldin, South Carolina. He, however, was forced to change high school due to racism incidents between black and white kids in Mauldin. He transferred to Farragut Career Academy in Chicago’s West Side, for his senior year of high school.

In Farragut, Garnett played for the school’s basketball team even leading the team to a 28-2 record, which saw him named National High School Player of the Year by USA Today. He was also named Mr. Basketball for the state of Illinois after averaging 25.2 points, 17.9 rebounds, 6.7 assists, and 6.5 blocks while shooting 66.8% from the field.

Garnett was named the Most Outstanding Player at the McDonald’s All-American Game after registering 18 points, 11 rebounds, 4 assists, and 3 blocked shots, and then declared himself eligible for the 1995 NBA draft. Garnett did not participate in the National Collegiate Athletic Association (NCAA) league as he did not join any college although he stated his wish to represent the University of Maryland.

In 1995, Garnett was picked fifth overall in the 1995 NBA Draft by the Minnesota Timberwolves and became just the first player to be drafted in the NBA directly from high school since 1975. 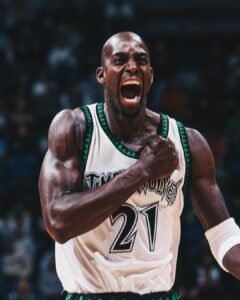 The 1995/1996 season was his debut season in the NBA playing for the Minnesota Timberwolves although, for the better part of the season, he came off the bench. He, however, moved to the starting lineup when Timberwolves changed its head coach, replacing Billy Blair with Flip Saunders. He became a regular starter towards the end of the season, averaging 14 points, 8.4 rebounds, and 2.26 blocks as a starter in the final 42 games.

Playing as the youngest ever NBA player in history at just 19 years and 11 months, Garnett was voted to the All-Rookie Second Team on averages of 10.4 points, 6.3 rebounds, and 1.8 assists per game.

Despite this promising performance from Garnett and other Rookies, Timberwolves failed to qualify for the playoffs once again.

In July 2007, in exchange for Al Jefferson, Ryan Gomes, Sebastian Telfair, Gerald Green, Theo Ratliff, cash considerations, Boston’s 2009 first-round draft pick. This exchange constituted the largest number of players traded for a single player in the entire NBA league history. Having played for Timberwolves for 12 seasons, Garnett held the record for the longest current tenure of any player in the NBA with one team.

At Celtic, Garnett linked up with Paul Pierce and Ray Allen in what the media nicknamed ‘The Big Three’. He made his debut with the Celtic in an exemplary performance against the Washington Wizards, with 22 points and 20 rebounds. On April 22, Garnett was named the NBA Defensive Player of the Year for the 2007–08 season an award no Celtic player had won before in the club’s franchise history. The same year, Garnett was third in the MVP voting behind Hall of Famer the late Kobe Bryant, and Chris Paul after winning the 2008 NBA championship. 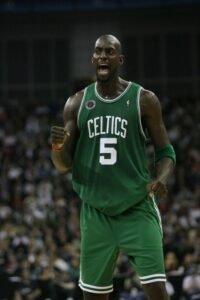 Garnett led the Celtics to the 2009 NBA finals after eliminating Miami Heat, Cleveland Cavaliers, and Orlando Magic. They faced the Los Angeles Lakers in the NBA finals but were unable to defeat the Lakers in a decisive seventh game.

In June 2013, Garnett was traded to Brooklyn Nets for future first-round picks. While playing for Brooklyn Nets on December 13, 2013, Garnett surpassed 14,000 career rebounds becoming only the tenth player in the history of the NBA league to do so. He had his best game with the Nets on, November 1, 2014, recording 18 points and 14 rebounds in 35 minutes of action in the Nets’ 102–90 win over the Detroit Pistons.

In February 2015, Garnett was traded back to Minnesota Timberwolves where he started his NBA career 20 years earlier. He made his return for the Timberwolves against the Washington Wizards at the Target Center, recording five points on 2-of-7 shooting with eight rebounds and two blocks playing only for 19 minutes. Playing against the Memphis Grizzlies on November 15, 2015, Garnett became just the fifth player in NBA history to play at least 50,000 minutes.

Kevin Garnett announced his retirement on September 21, 2016, after a stunning 21 years in the NBA league after winning, the NBA in 2008 with the Boston Celtics, Olympic gold medal in 2000 while playing for the United States national basketball team, NBA MVP award in 2004 while playing for Minnesota Timberwolves, NBA defensive player of the year in 2008, and NBA All-Star Game MVP in 2003.