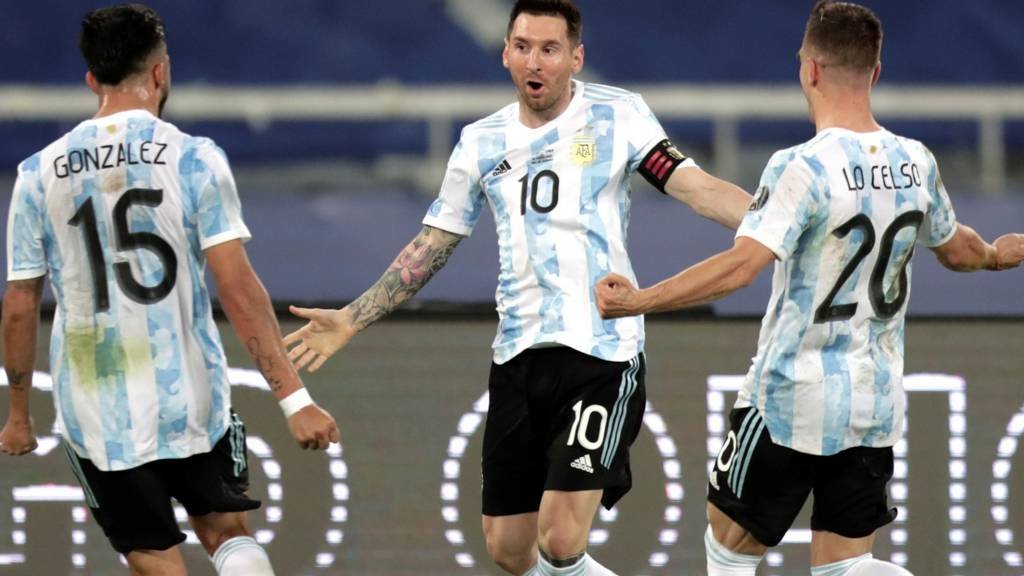 Argentina and Chile were meeting for their 93rd time in series history with the latter establishing 61 wins, 25 draws and only six losses against their South American rivals.

Chile on the other end had had an edge over Argentina, winning the Copa America trophy back to back in 2015 and 2016 via penalties.

Eight players who had won the title in both years were on the roster for last night’s match in Estadio Olimpico Nilton Santos in Rio de Janeiro, Brazil.

It was Argentina’s 43rd Copa America appearance, having won the competition 14 times with their last taste of victory coming in 1993.

Lionel Messi came close to opening the scoreboard in the eighth minute but his left foot shot was well wide off the mark.

Giovani Lo Celso spotted Lautaro Martinez’s run through the middle of the defence and whipped in a cross but the Inter Milan striker could not direct it to the back of the net.

Tottenham Hotspur midfielder was involved again as his backheel pass found Nicolas Gonzalez who rifled a low driven shot from the outside of the box but Claudio Bravo did well to parry it.

The Argentine later found a space through Chile’s defence and found himself eye to eye with Bravo but his shot was well saved by the goalkeeper.

Eduardo Vargas got a chance for Chile in the 26th minute but his left foot shot was off target.

In his 145th international cap for Argentina, Barcelona captain Messi broke the deadlock in the 33rd-minute curling a freekick into the top right corner. 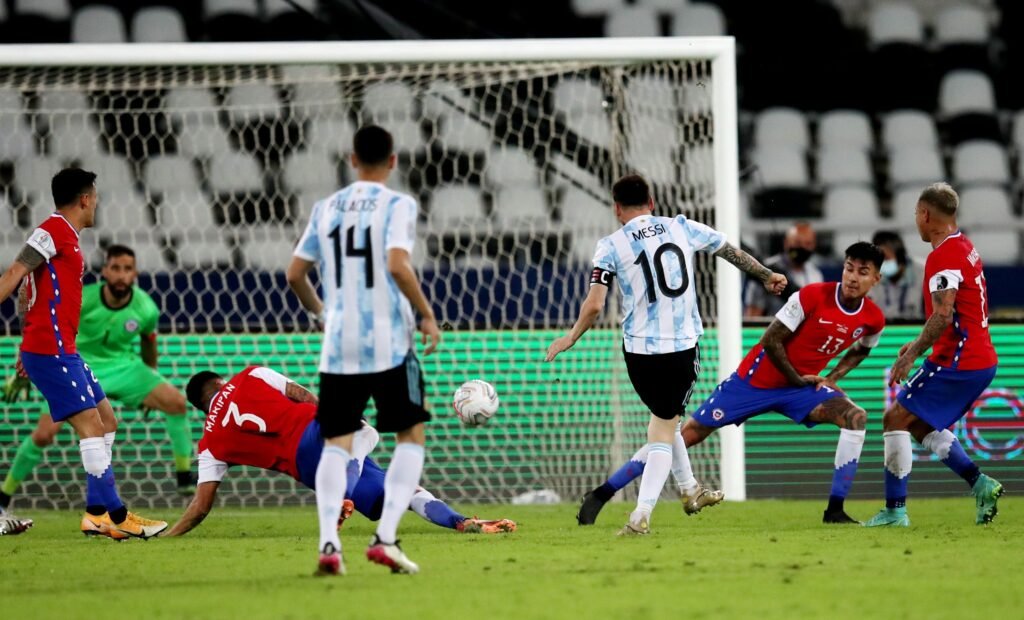 Inter Milan striker Martinez was close to extending Argentina’s lead after Gonzalo Montiel’s pass found him but he dragged it wide from the spot.

Chile was awarded a penalty early in the second half and former Juventus and Bayern Munich midfielder Arturo Vidal stepped up.

The Chile captain’s shot was saved as the ball hit the crossbar but Vargas followed up with a header to level the scores.