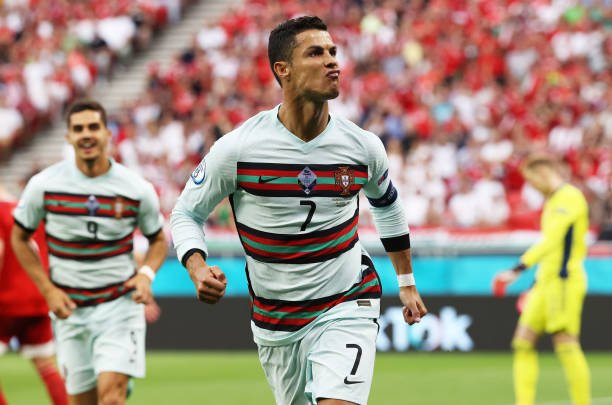 Cristiano Ronaldo accomplished yet another milestone as Portugal beat Hungary 3 0 in their UEFA EURO 2020 match. The Juventus man scored a brace in the victory over their rivals to become the greatest goalscorer in the history of the competition.

36-year-old Ronaldo netted his 105th and 106th international career goal, overtaking France legend Michel Platini, whom he was levelled with at nine goals heading into the European championship.

In addition to the goal-scoring tally, Ronaldo recorded just 45 goals in his last 43 international campaigns.

Former Manchester United winger Ronaldo became also the first player to feature in all five European Championship finals since his maiden appearance back in 2004. He also holds the title of the top scorer in the Euro finals history as well as Euro qualifying history.

The former Real Madrid player also became the first player to find the back of the net in all of his five Euros appearances. 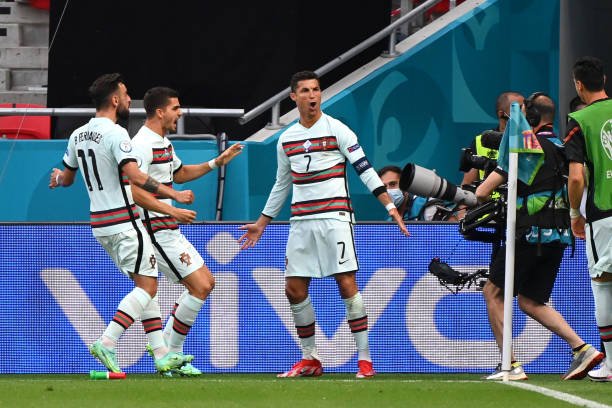 In a post-match interview, the ex-Red Devils attacker said, “The important thing was to win. It was a difficult game, against an opponent who defended very well, but we scored three goals and I am very grateful to the team for helping me to score two goals.”

They face tough opponents in Germany and France in their group of death. Germany went down 1 0 to France, thanks to an own goal by Mats Hummels in the 20th minute of the first half.