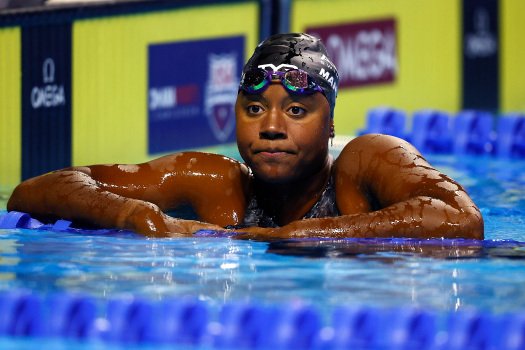 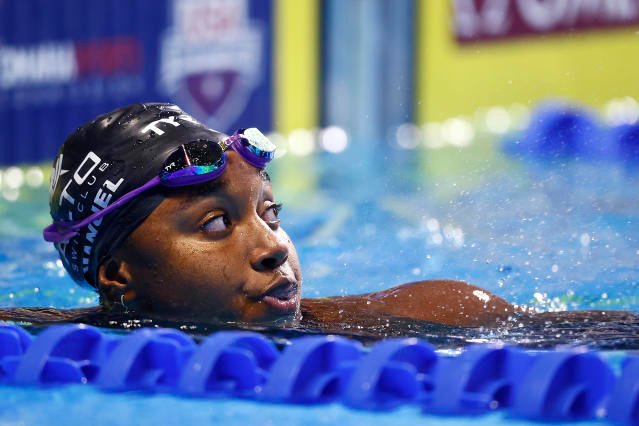 Simone’s parents are Sharron Manuel and Marc Manuel. She as well has two siblings dubbed Ryan Manuel and Chris Manuel.

Simone is a swimmer that specializes in sprint freestyle. Manuel has been a special force to reckon with when it comes to swimming. Her talent is recognized and celebrated globally.

At her age, she has been a bib inspiration and motivation to all aspiring swimmers. She has bagged several achievements out of her prowess in swimming. The United States is surely proud of the daughter of the soil.

Simone Manuel is both a gold and silver medalist. At the 2016 Rio Olympics, she won two gold and two silver medals. That was a record broken, having won four medals at a single Olympics season.

Undoubtedly, Manuel is a big talent force. She became the first African-American woman to win an individual Olympic gold in swimming. She also is the first to set an Olympic record and an American record.

That was as a result of winning the 100-meter freestyle, tying with Canada’s Penny Oleksiak.

Nevertheless, Manuel also holds three world records as a member of a relay team. She is a six-time individual NCAA Division I Women’s Swimming and Diving Championships champion.

Therefore, she became one of the first three African American women to place in the top three spots in the 100-yard freestyle event in any Division I NCAA Swimming Championship.

Having begun swimming at the university level, Manuel swam for the Stanford Cardinal. That was from the year 2014 to 2018. The swimming sensation helped Stanford win the NCAA team championship in women’s swimming and diving in 2017 and 2018.

As a senior, she won the Honda Sports Award as the nation’s best female swimmer as well as the Honda Cup for the best overall female collegiate athlete.

Her position in the 50- and 100-meter events is what qualified her to compete at the 2016 Summer Olympics in Rio de Janeiro.

She won a silver medal as part of the 4×100-meter freestyle relay along with other swimming stars. They included Abbey Weitzeil, Dana Vollmer, and Katie Ledecky.

On to her career progress, Simone made more and more achievements. At the 2017 US Nationals, Manuel qualified for the World Championships in Budapest. There, she won the 50-meter freestyle. That was with a time of 24.27,

Additionally, Simone touched second in the 100-meter freestyle with a time of 53.05.

On the first day of the World Championships, Manuel anchored the women’s 4×100-meter freestyle relay to a gold medal. That was a win alongside Mallory Comerford, Kelsi Worrell and Katie Ledecky.

According to Celebrity Net Worth, the competitive swimmer has an estimated net worth of $3 million. That is purely from his swimming career and other prizes.

The swimming starlet’s salary is currently not revealed. However, reliable sources record that her salary is under review. 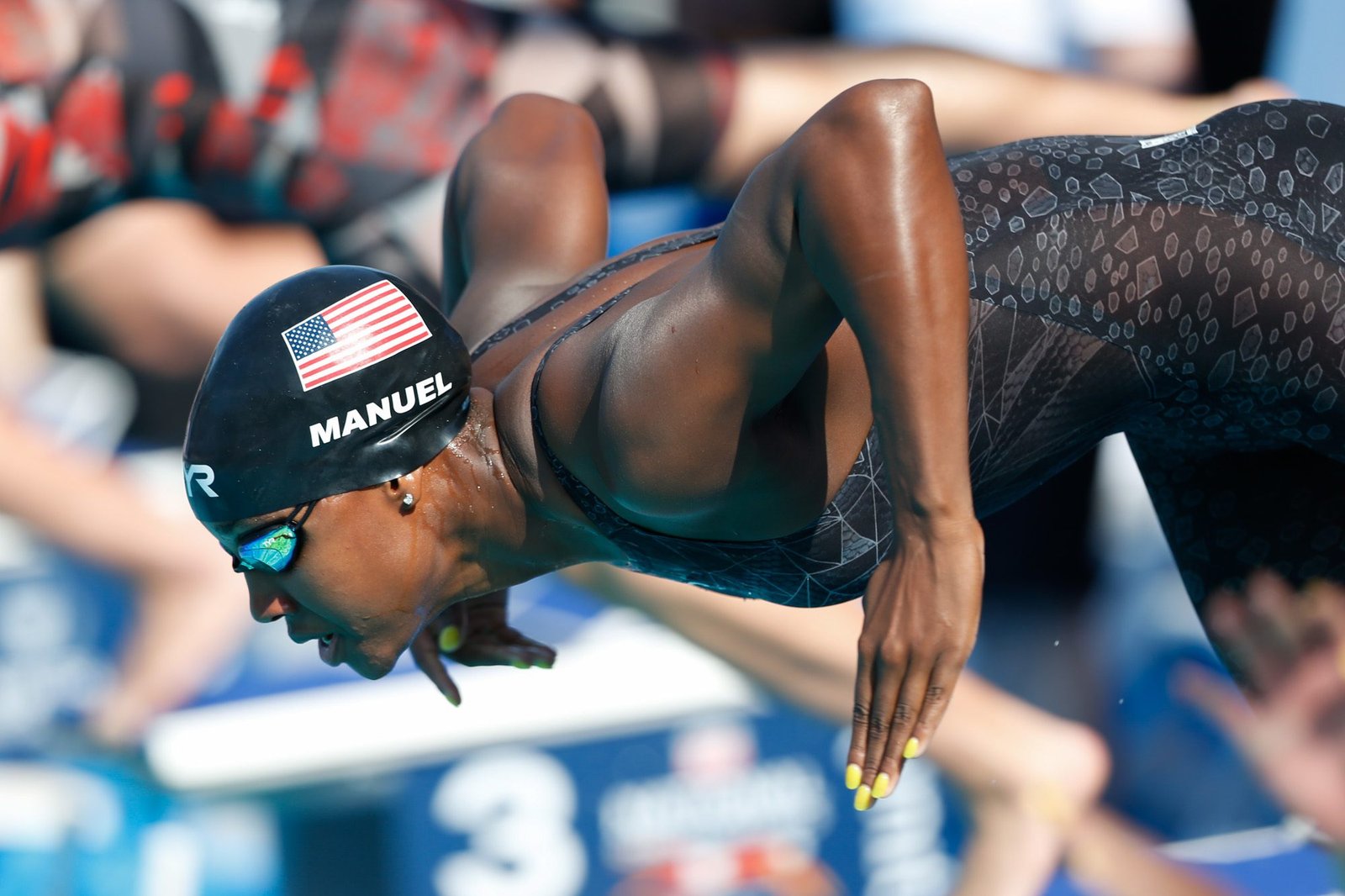 Many Olympians have had various endorsement deals from various brands. Simone reportedly has a suit deal with TYR, which is for performance swim gear and accessories.

Additionally, she has a signed agreement with Nike, a footwear and apparel brand.

As she has chosen to maintain her relationship life private, it is hard to tell if Simone is married or not.

Manuel is part of the USA Swimming Foundation, which mainly involves learning how to swim charity.