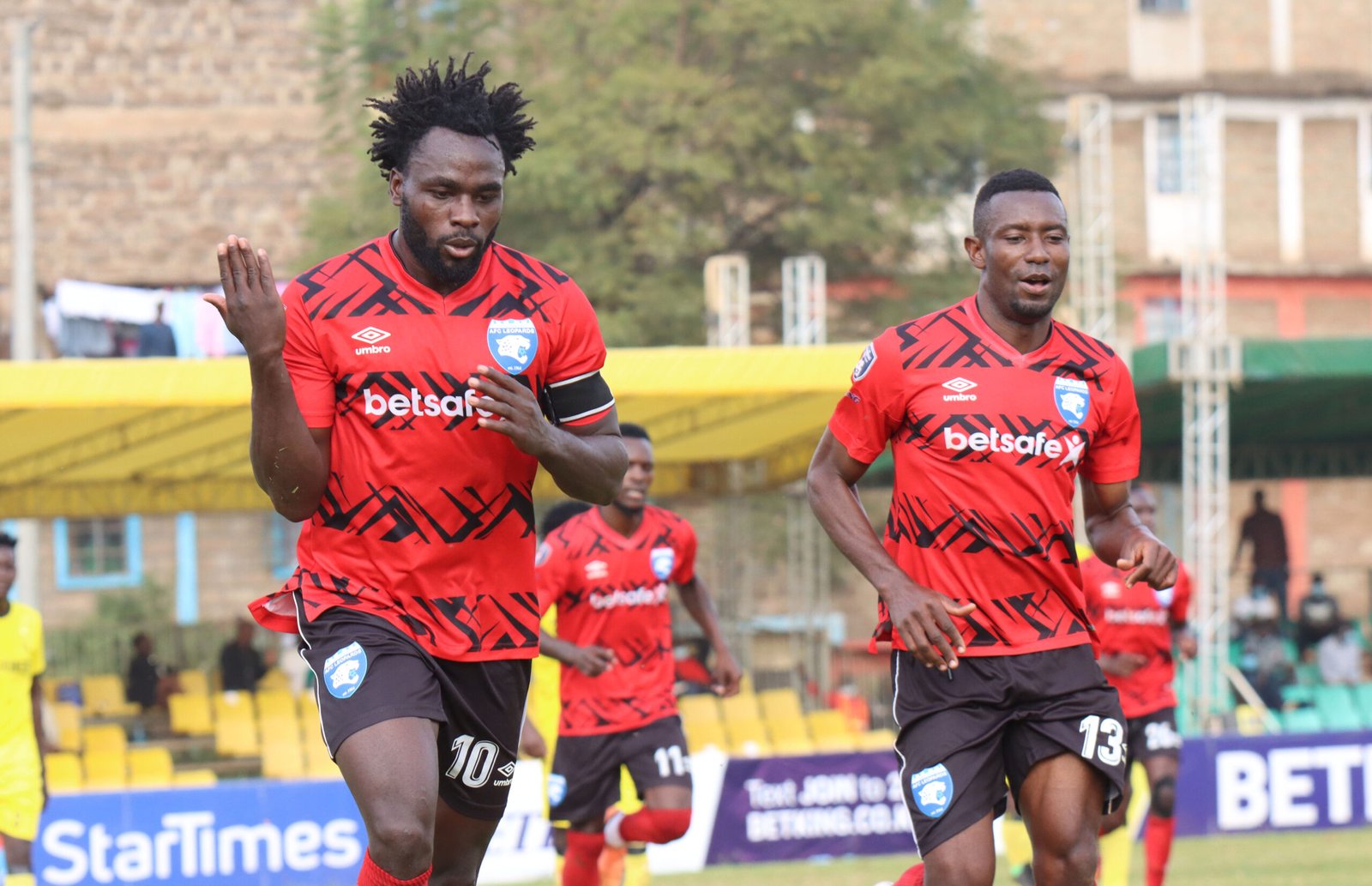 Giants and rivals AFC Leopards swapped places in the Kenyan Premier League table, Gor Mahia dropping back to fourth while AFC Leopards moved to third after their games on Saturday evening.

Gor Mahia suffered a shock 2-1 defeat to relegation fighting Western Stima while AFC Leopards had a similar score-line, but on the winning side against Wazito FC.

In Thika, Gor Mahia needed a win to move closer to the top two sides KCB and Tusker FC, but found themselves struggling against a determined Stima.

The powermen got into the lead as early as the fourth minute when Rodgers Ouma scored his second goal in three games with a neat finish after being played through by Baron Oketch, a former Gor Mahia player.

Ouma however turned from hero to villain in the second half after he was shown a red card. However, Stima kept their fight and doubled their tally in the 58th minute through Michael Karamor’s penalty after the dangerous Oketch was fouled inside the box by Frank Odhiambo.

Gor pulled one back with eight minutes left through Geoffrey Ochieng, but they couldn’t complete the comeback as they went down, to see their title race steam cooled off.

Meanwhile in Nairobi, AFC Leopards had to come from a goal down to beat Wazito FC 2-1 and move to third, earning a confidence booster ahead of their meet-up with Gor Mahia in the FKF Cup final on June 4. 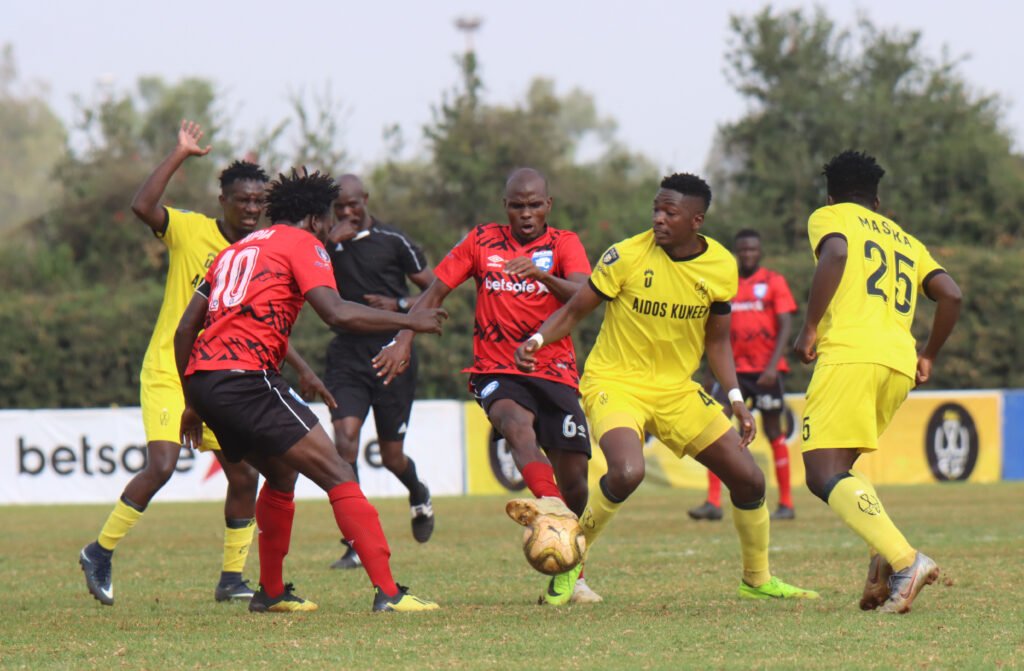 Elvis ‘Machapo’ Rupia scored the winning goal from an 89th minute penalty to complete the comeback for Ingwe, after Bienvenue Shaka had cancelled out Michael Owino’s goal.

Leopards had started brighter with several chances, the closest of them being off Austin Odhiambo with the youngster having rattled the upright with a well taken shot. Harry Mwendwa had a chance in the 26th minute when he picked the ball isolated on the right, but his final shot was wild and over.

On the other end, Wazito should have gone into the lead when Wazito turned over possession after Collins Shivachi lost the ball cheaply in a dangerous area. However Musa Masika’s curling effort went inches wide.

Wazito however had the lead in the 34th minute when Owino thumped the ball home from close range following a goalkeeping howler from Benjamin Ochan. Kevin Kimani had curled in a seemingly harmless freekick from the right, but Ochan fumbled and dropped it.

Johnstone Omurwa picked up the ball, played Michael Owino through and the lanky forward slammed the ball home.

In the second half Leopards came back breathing fire as they sought to get their act together and draw level. Another goalkeeping howler, this time from Wazito’s Peter Odhiambo gifted Ingwe with the equalizer. 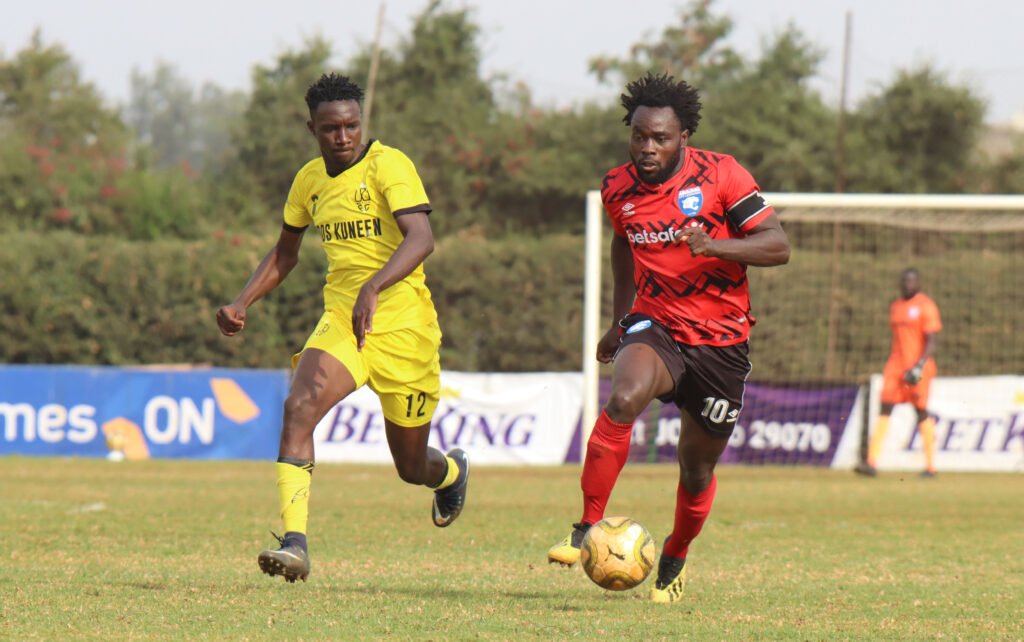 Rupia made a daunting run on the left to slap in a cross which Odiambo seemed to have collected easily. He however dropped the ball right infront of Shaka, with the Congolese forward jumping in to slam the ball home.

It was a full contest between the two sides as each sought to get themselves the winning goal. It was AFC”s quest which would bear fruit when they were awarded a penalty in the 89th minute when Maurice Ojwang’ was adjudged to have fouled Hansel Ochieng in the box.

Rupia stepped up to send the keeper the wrong way and score his 14th goal of the season to keep up with Golden Boot leader Eric Kapaito.

The win sees AFC move to 40 points, four behind leaders Tusker FC while Gor dropped to fourth with 38.

Meanwhile, KCB lost an opportunity to move top of the table after being held to a goalless draw by Kakamega Homeboyz at the ASK Showground in Nakuru. With the result, the bankers are one point behind Tusker FC who beat Western Stima 2-1 in midweek.

In the race towards booking a ticket to next year’s CAF Champions League, Tusker FC need to win against Ulinzi Stars on Wednesday to confirm their ticket to continental football, before now firmly setting their eyes on clinching the title.