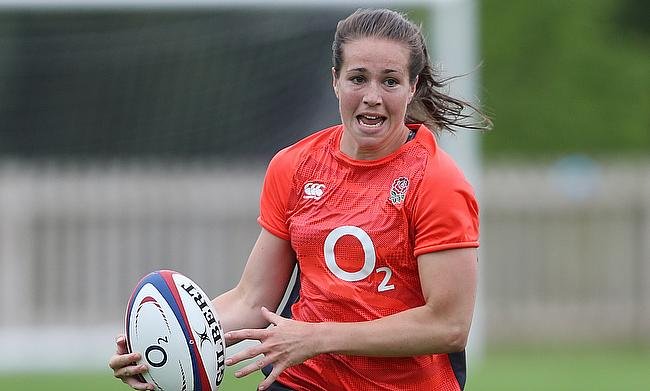 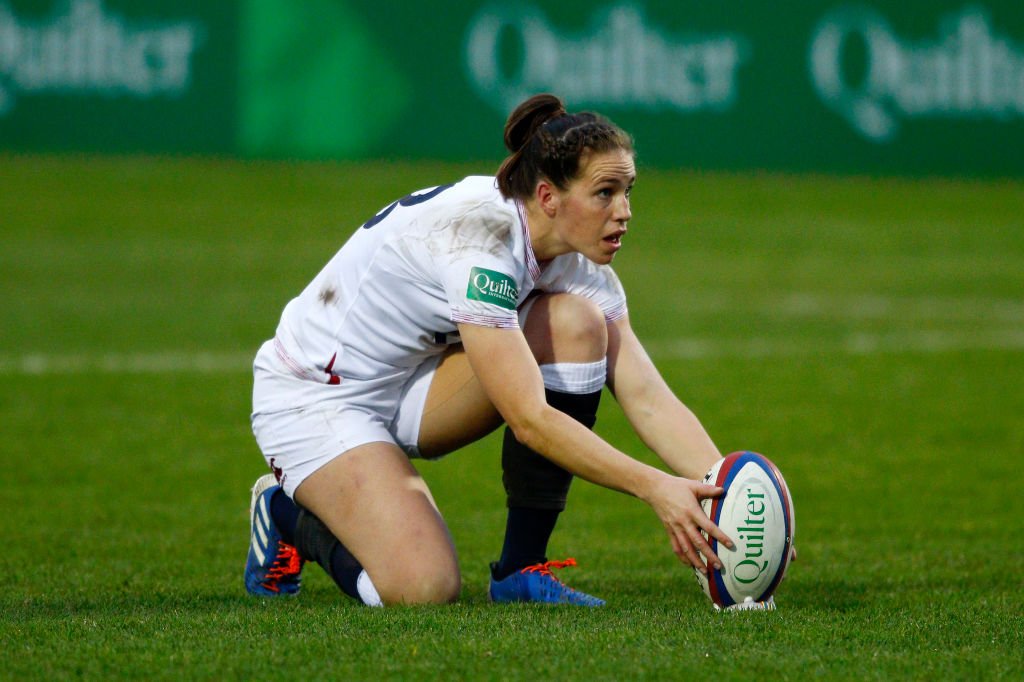 Emily Scarratt at the rugby field.[Credit/planet7s.com]

Emily Scarratt MBE is a professional English rugby union player. She was born on 8th February 1990, in Leicester, Leicestershire, England.

Details about her parents have not been disclosed. Her siblings neither have not been revealed. Emily currently plays centre and fullback for Loughborough Lightning and for England.

Scarratt played hockey, rounders and basketball at a young age. Nevertheless, she was offered a US Basketball Scholarship aged 16. However, she turned the offer down.

Apart from her rugby career, Emily is as well a qualified teacher

Emily was also a PE assistant at King Edward’s School Birmingham. That was to follow the footsteps of fellow England rugby international Natasha Hunt.

However, like many of her national teammates, she left her job in order to become a full-time professional rugby player

She played for Leicester Forest before moving to Lichfield.

Emily Scarratt joined Loughborough Lightning in the year 2008. She has been a force to reckon in the rugby field. Many women have been inspired by her prowess in rugby.

She has been celebrated over time, globally, being one of the best women in rugby. Emily’s career has escalated to greatness season after season.

Scarratt has been a determined player and thus has bagged several achievements out of her career.

Emily first played for England in the year 2008. She scored 12 tries in 12 games. Eventually, she earned comparisons to Brian O’Driscoll.

Scarratt impressed entire England when she helped to victory in the 2009 Women’s Six Nations Championship. Moreover, the rugby sensation was named joint top try scorer. That was together with her teammate Fiona Pocock.

England continually recorded good performance with the help of Emily. It won the next three Six Nations Championships. As a result, Scarratt again achieved top try scorer in 2010.

Scarratt’s career blossomed even more in the year 2014. That was when she proved to be an invaluable player to England Women. She scored 16 points in the Rugby World Cup final.

That helped England beat Canada to the title. To add to the basket of wins, Emily ended the tournament as a top point scorer. She garnered 70 points.

Scarratt not only plays in the XV’s game but also for the Women’s Sevens side. In that, she has scored 12 tries and played in several tournaments.

On to the next season in 2016, the rugby starlet captained Team GB in the Rugby 7’s. That was at the Olympics in Rio. She finished in the 4th position.

In 2018, Emily Scarratt represented England in the 2018 Commonwealth Games. The team bagged a bronze medal. She as well represented the Rugby World Cup Sevens in the same year.

Scarratt was instrumental in the England women’s teams. That was at two consecutive Grand Slams in the 2019 and 2020 Women’s 6 Nations Championships.

Luckily, 2019 was a positive year for her as she was also awarded a full-time England contract.

More success followed Emily. In 2020, she became the highest ever England rugby points scorer. That was during the 2020 Six Nations. Moreover, she was crowned as the Player of the Championship.

Scarratt is also an appointed Member of the Order of the British Empire (MBE). That was in the 2021 Birthday Honours for services to rugby union.

Scarratt is one of the richest Rugby Union players according to reports.

According to Wikipedia, Forbes & Business Insider, Emily Scarratt net worth is approximately $1.5 Million.

Reports have it that Emily Scarratt’s salary is not revealed. However, they further indicate that it is under review. Her primary source of income is her rugby profession.

The rugby player’s endorsement/sponsorship deals are not revealed. Therefore, it can not be determined whether she has any. 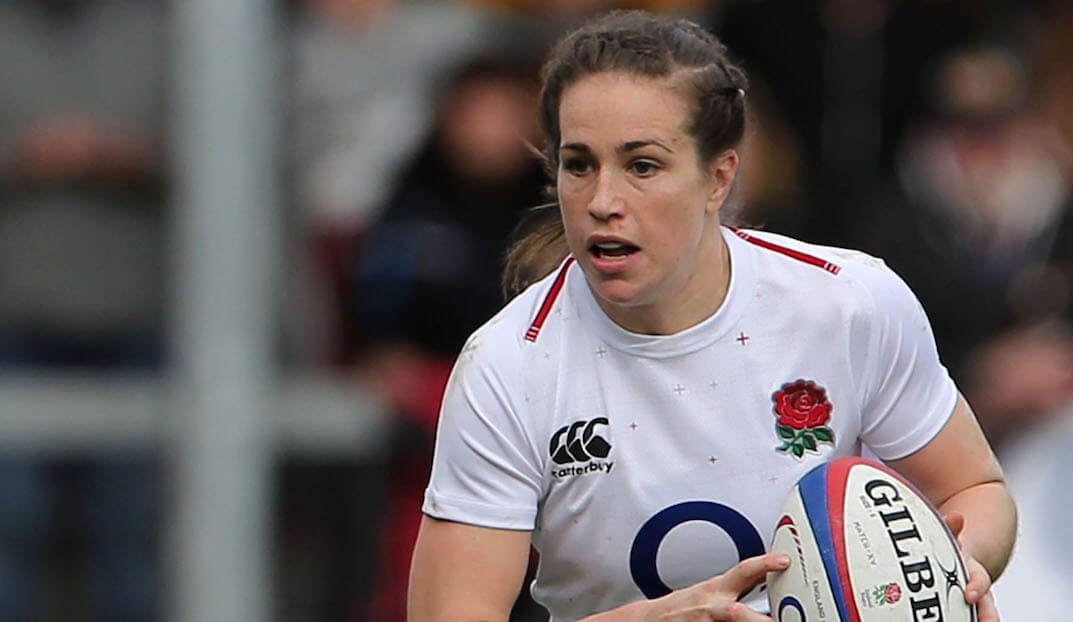 Emily is involved in a Foundation dubbed ‘Switch the Play Foundation’. She has offered herself to charity works through the foundation, as a way of giving back to society.

So great to hear from Lions Head Coach Warren Gatland, as we talk all things #CastleLionsSeries on the first @VodafoneUK Lions live, available to view now on the @lionsofficial app #UniteThePride pic.twitter.com/MZTJ3sDjg8