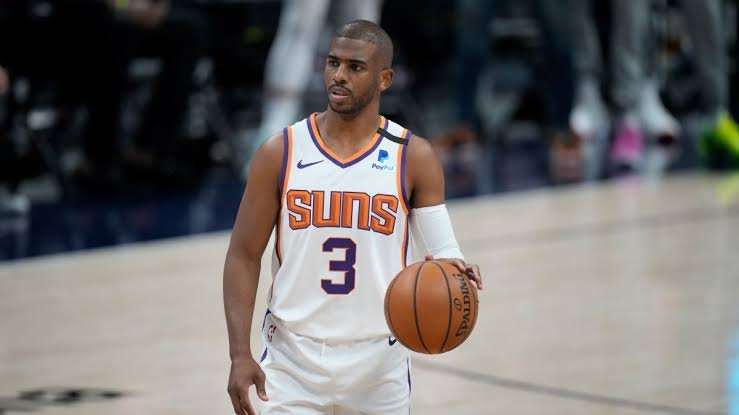 Chris Paul was born on May 6 1985 as Christopher Emmanuel Paul, he is an American Professional Basketballer playing in the National Basketball Association (NBA) league for the Phoenix Suns as a point guard.

His parents are Charles and Robin Paul and he only has one sibling, his brother C.J Paul.
Chris Paul is married to Jada Paul and together they have two children, Chris and Camryn Paul. He has a height of 1.83 meters.

Paul has led the Suns to the Western Conference finals in the NBA Playoffs despite being side-lined earlier in the postseason due to health protocols by the NBA. He has won an NBA rookie of the year award and has led in the NBA in assists four times and steals six times. Chris has also an Olympic gold medal to his name, he also is an eight-time NBA all-star, seven-time NBA teams and seven-time all NBA defensive e teams.

He was selected fourth overall in the 2005 NBA draft by the New Orleans Hornets and traded to the Clippers in 2011
Paul is regarded as one of the best player for the suns and has served as the National Basketball Players Association president since August 2013.
At the high school level, Chris was a McDonald all American, he attended Wake Forest University for two years of college basketball where he was a Demon Deacons even helping them achieve their first ever first position ranking. 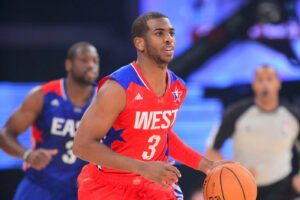 He is a two-times Olympic gold medallist with the United States of America national basketball team, he is also a FIBA world of Championship Bronze Medallist in 2006. In 2004, he was crowned the United States Basketball athlete of the year.

Chris Paul began his basketball career at West Forysth high school, and however, 2005 is the year he made his professional career debut, that year, he was selected fourth overall in the NBA draft by the New Orleans Hornets. He finished that same season leading all the rookies in points, assists, steals and double-doubles becoming only the second rookie in the entire NBA history to lead the league in total steals, he ended up being named NBA Rookie of the year that season.

Before 2008/2009 season he signed a contract extension with the Hornets worth $68 Million.
On 8th December 2011, Paul made a record transfer from Hornets to Los Angeles Clippers where he went on to play for at least six years, signing a contract worth $107 million before the start of the 2014/15 season with the Clippers.

That same season, he led the clippers on a 10 game winning streak which was the very first time the clippers did so in their franchise history. 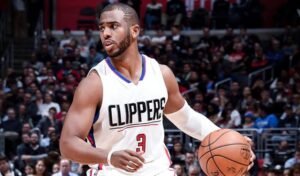 He then went on to sign for the Houston Rockets on 28th June 2017. He helped the Rockets finish as the number one seed for the first time in history, after one year on June 2018, he signed a contract extension with the rockets worth $168 Million.

On July 2019,the Rockets traded him in a swap deal for Russell Westbrook to the Oklahoma City Thunder.
In 2020, Paul moved to the Phoenix Suns where he currently plays.

As per the year 2021, Chris Paul is the third highest-paid NBA Player taking home a whooping $41.4 Million as Phoenix Suns point guard according to Forbes.

According to Forbes, the 36-year-old h36-year-oldrth of approximately $160 Million.

The Guard is reportedly earning $8 Million annually from endorsement, he has signed deals and endorsements with various companies and brands like Nike, Spalding and Walt Disney.

In 2016, Paul was named the ESPN United States Sports Humanitarian of the year for his impact using the power of sports to make a positive impact on society.
The athlete runs two charity organisations, The CP3 foundation and Chris Paul Foundation that he runs together with his family. In 2018, Chris through his foundation the CP3 foundation hit the headlines for donating $2.5 Million to Wake Forest University Basketball team where he started his basketball career.