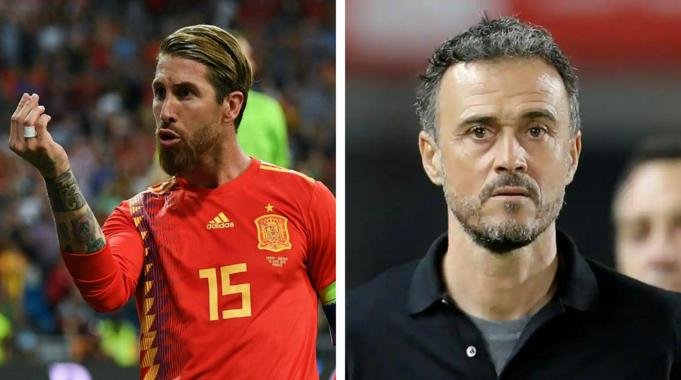 Manchester City defender Aymeric Laporte has been selected by the Spain boss Luis Enrique to represent Spain in the Euro 2020 squad instead of captain Sergio Ramos. 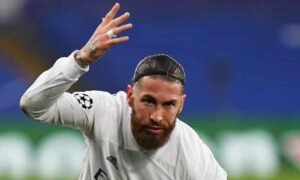 In a decision that is bound to be controversial in Spain, Enrique named his 24-man squad sidelining Real Madrid defender Sergio Ramos who have been affected by injuries doubting his fitness even though he could have named a maximum of 26 players.

However, Enrique defended the decision not to bring Ramos, and instead choose  Laporte for the first time after he switched allegiances from France this month. Laporte has been regularly overlooked by his native France, and is eligible for Spain through family from the Basque region.

Laporte joins Rodri, Ferran Torres and Eric Garcia in representatives from City in the squad.

“We have contemplated the possibility of Laporte from the first moment,” Enrique told reporters.

“He is a great player who is in one of the best teams in the world. I do not like that his inclusion is related to the loss of Sergio Ramos. I don’t think Ramos had time to arrive in good condition.” 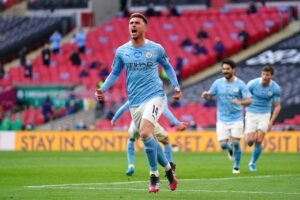 In a quick reaction to the call up, The Manchester City defender took to his social media account to express his feeling saying that he was moved by the decision made by the Spain Head Coach.

“Very grateful for the trust placed in me by the coaching staff for this exciting Euro 2021.

“I feel very proud to be part of @spain and I am looking forward to the time to join this incredible team. Let’s go.”

As for the other City players, Rodri and Torres have been key players for Spain over the last year, while Garcia has played in recent games as his Etihad contract runs to an end.

Just like he was used at Brighton last week, Enrique says Garcia’s versatility at right-back, especially in a squad without regulars Ramos and Dani Carvajal, was a reason for his selection.

The manager said: “It is in the position where we have had more problems. We have brought Azpilicueta because we know him a lot and Marcos Llorente because although he is not a defense, he can play there. If there are emergency situations, Eric Garcia and Diego Llorente also they could act as laterals.”

The announcemet of Aymeric Laporte switching of international allegiance to Spain caused a big stir in European football with the  news not going well in France.

The French-born defender was robustly criticized in the country’s press and by former players.

The former Athletic Club player has played 24 games across various youth levels for France and has even been called up three times by the senior side, but without ever making an appearance.

Laporte’s last France call-up came in August 2019, but he had to pull out due to an injury.

The 26-year-old has been disappointed and frustrated at being left out by Didier Deschamps, and he even sent him a message looking for answers but received no reply.