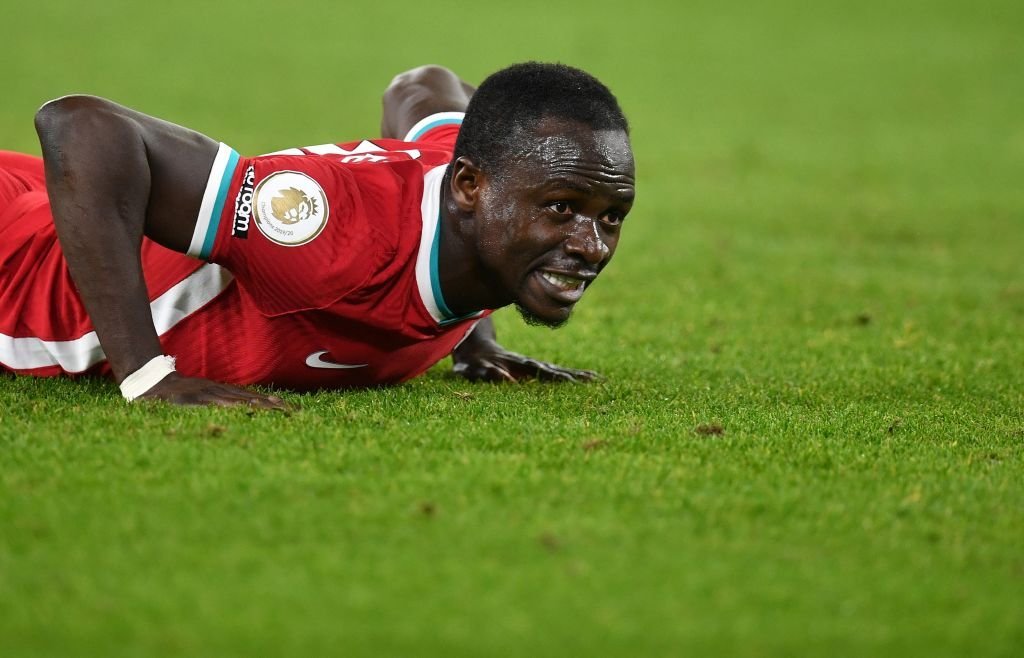 Senagalese and Liverpool forward striker Sadio Mane has had a difficult season in the English Premier league but yesterday game against westbrom he played a vital role in the moments leading up to Alisons winning header for Liverpool who had been held on a 1-1 draw by West brom proving that he still has plenty to offer despite a lack of goals.

Sadio Mane admitted to be having a worse season of his career and even got medical support to try and pinpoint why he hasn’t been feeling his best on the pitch. 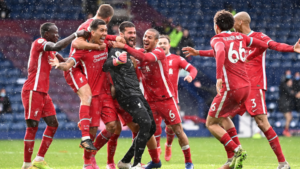 But Despite this, he noted a desire to try and end the season on a high and Champions League qualification would surely be seen as that following a poor Premier League season for the English Club Liverpool.

Three points against the Baggies were vital in Jurgen Klopp’s chances of catching Thomas Tuchel’s Chelsea or Brendan Rodgers’ Leicester before the season is over and Mane was pivotal.

Sadio Mane did not only call for Alisson to come forward for the last-gasp corner following what the Brazilian saw as uncertain messages from the bench, but he also told Trent Alexander-Arnold to take the set-piece.

The in-swinging effort from the defender’s right boot proved to be a masterstroke as his goalkeeper was left unmarked in the centre of the box, heading home in style.

The exhilarating end to the game came after Klopp handed Mane a start, and detailed how the Senegalese hero apologized for ignoring his manager following their win over Manchester United.

Klopp said before kick-off when asked whether a line had been drawn under the incident, he said: “Yeah, we spoke and he apologized and it’s clear, that’s it.”

The German boss added after the game when asked if he told Alisson to go up for the corner: “No, I looked at the corner. I don’t exactly know. I saw Ali starting to go forward.

“My part of the goal is that I didn’t shout, ‘Stay back!’ I just let him run. The last minute of the game, nobody has to ask usually a ‘keeper for going in the opposite box when you have to win, which we obviously had to.

“He went there and what a goal! It was incredible. Wow. We saw it now already 10 times back in the dressing room. It’s absolutely incredible.

“If Olivier Giroud scores a goal like this everybody says it’s a world-class goal.

“When Alisson is doing it, we have to say the same.” 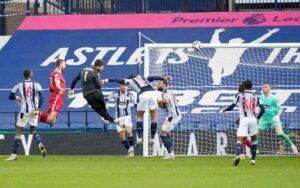 Alisson Becker became the first goalkeeper in the history of Liverpool Football Club to score a goal in a competitive fixture.

Liverpool are at the 5th spot with 63 points, 1 less than 4th-placed Chelsea after 36 games in the season. Tottenham Hotspur, who defeated Wolverhampton Wanderes 2-0 earlier in the day, are now 4 points behind Liverpool at the 6th spot.

Striker Hal Robson-Kanu had scored in his first Premier League start in three-and-a-half years to give West Brom the lead, but Mohamed Salah equalized for the visitors to move level with Tottenham Hotspur forward Harry Kane on 22 Premier League goals for the season.

Both sides missed opportunities to add to their score, but it was Alisson’s incredible late winner that clinched a precious victory for the visitors.