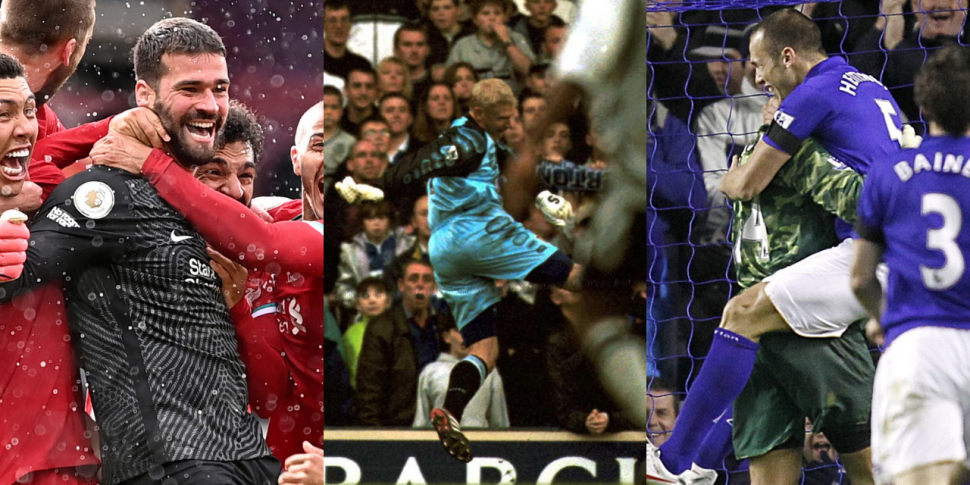 It is always not an easy task for a goalkeeper to score, in most instances goalkeepers are assumed not scorers , but what happens when you hear a goalkeeper has made it to the scoresheet?

It is a great honor and one of the best moment a football fan experiences when a goalkeeper scores, not just a goal but a decisive goal.

Here is the list of the goalkeepers who have scored in the premier League and how they scored.

Liverpool’s Alison became the sixth goalkeeper to score a Premier League goal away at West Brom on Sunday, earning Jurgen Klopp’s side a 2-1 victory in stoppage time. 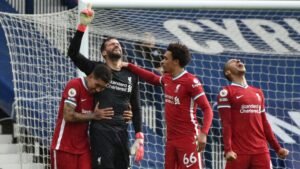 Alison headed home a sensational 95th-minute winner for Liverpool away at West Brom on Sunday football earning a place in history for Liverpool and also becoming  only the sixth goalkeeper ever to score a Premier League goal.

Alison was the most unlikely hero for the game and Jurgen Klopp side, boosting their chances of securing a top-four finish with a remarkable last-gasp header.

After This Brazilian historic record breaking goal, Sports Leo takes a look at the five other goalkeepers who managed to score in the English top flight. 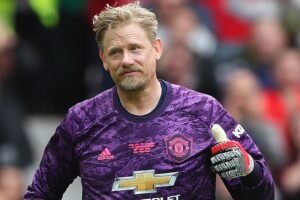 Peter Schmeichel a Manchester United legend became the first ever Premier League goalkeeper to score a goal while playing for Aston Villa in October 2001. he slammed a home volley from a corner in their clash with Everton at Goodison Park.

Unfortunately for Schmeichel, who had previously scored eight goals in his extraordinary career, his 90th-minute strike only proved a consolation in a 3-2 defeat.

Just like Schmeichel, Brad Friedel came up for a corner in stoppage-time and fired home with a superb striker’s finish to seemingly rescue a dramatic 2-2 draw in Blackburn’s away match at Charlton.

However, the American was eventually left with his head in his hands when Claus Jensen went down the other end and beat him with a looping volley to earn the Addicks a dramatic 3-2 win. 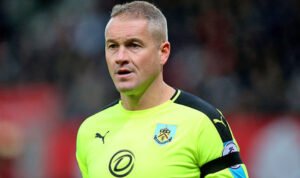 Schmeichel and Friedel both got on the scoresheet after coming up for late corners, but Robinson became the first Premier League goalkeeper to score from deep in his own half in March 2007.

Tottenham were leading Watford 1-0 when Paul Robinson’s free-kick from 75 yards out took a wicked bounce over the head of Hornets goalkeeper Ben Foster and into the net.

The Tottenham star sent a long free-kick upfield and could not believe his luck when the ball bounced over Watford counterpart Ben Foster and into the back of the net, helping them claim a 3-1 victory on the day.

The Everton goalkeeper scored from inside his own box in their 2-1 defeat at home to Bolton in January 2012, yet he wasn’t pleased to do so.

After getting on the scoresheet for the first time in his career, Howard sympathized with Bolton counterpart Adam Bogdan and said: “I’m disappointed from a goalkeeper’s standpoint and you never want to see that happen. It’s ugly, not very nice and can be embarrassing.” 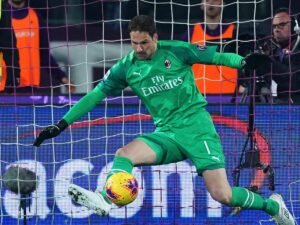 The quickest goal by a stopper came after just 13 seconds but it was in no small part down to Dejan Lovren’s decision to let Asmir Begovic’s goal kick take a ridiculous ballooning bounce and leave Southampton’s Artur Boruc helpless.

It wasn’t enough to earn Stoke all three points as Jay Rodriguez struck a first-half equalizer. At a staggering 91.9m, the Bosnian’s long-range strike was actually a Guinness World Record, but it only earned his side a point on the day.