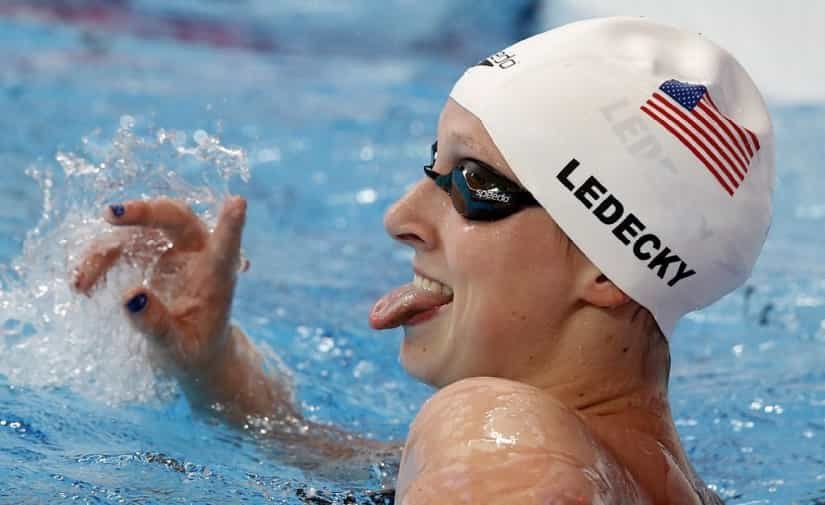 Katie Ledecky whose full byline is Kathleen Genevieve Ledecky is an American competitive swimmer born on 17th March 1997 in Washington D.C. in the United States.

Her parents are David Ledecky and Mary Gen Ledecky.

In her international debut at the 2012 London Olympic Games as a 15-year-old, Ledecky unexpectedly won the gold medal in the women’s 800-metre freestyle.

“Four years later, she left Rio de Janeiro as the most decorated female athlete of the 2016 Olympic Games with four gold medals, one silver medal, and two world records. In total, she has won 34 medals (28 gold medals, 5 silvers, and 1 bronze) in major international competitions, spanning the Summer Olympics, World Championships, and Pan Pacific Championships. During her career, she has broken fourteen world records.”

In the year 2013, 2016 and 2017, Katie bagged the United States Olympic Committee Female Athlete of the Year. She was also crowned Sportswoman of the Year by the Women’s Sports Foundation in 2017.

Big talents definitely come with big tokens in terms of salary. Katie’s net worth is also mouth-watering. According to reports, she has an estimated net worth of $ 4 million.

“Because she was still an NCAA student-athlete, Katie could not accept endorsement income or prize money from professional competition. However, in May 2018, Katie turned pro and signed her first major endorsement deal with swimwear company TYR. The deal will pay Katie $7 million over six years.”

Katie in collaboration with Panasonic launched a STEM education program in 2020 to support needy students.

“I am committed to using my platform to inspire and make a difference, and one way I believe I can make an impact is through access and exposure to STEM education,” Ledecky said. “I am thankful to my partner Panasonic, who supports this initiative and shares my vision of empowering the next generation of students to have opportunities in these important disciplines.” She said.

Ledecky is surely a force to reckon with. She also has interests in Baseball, Basketball and Football.