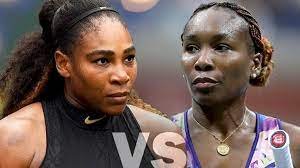 Children are considered to be a blessing and joy bringers to many families. However, that perception is of the contrary opinion to some people a good example of Venus Williams.

Venus Ebony Starr Williams is an American professional tennis player and she is the sister of the world’s iconic tennis player Serena Williams. The two have excelled in this field and have been recognized worldwide.

Venus is the former world No. 1 in both singles and doubles in tennis. She is also a seven Grand Slam Champion.

Venus’ 2021 tennis season did not receive an admirable commence as she could not get past the second round at the Australian Open 2021. She also did not enjoy any success at the Miami Open 2021. This happens as her retirement is almost knocking on the door as she is already 40 years of age.

She has now come out to reveal how her sister’s Serena William daughter, Olympia Williams has made her change her perception about children.

In a recent podcast dubbed the Racquet Magazine, Venus reveals how the arrival of Olympia made a turnaround in her thoughts towards children.

Serena Williams’s daughter has undoubtedly changed the life of Venus as she revealed that she is the one who loves her the most and takes care of her like she is her own daughter.

Even after the drastic change of perception, Venus still has not decided to bear her own children. She disclosed this politely after that question came on board at the podcast.

She said she is not yet ready to put on the shoes of a mother.

“If I’m ready to have my own kids? No. I barely can take care of myself. My coach brings me water, brings me everything in case I forget… It’s a lot of work. It’s the most important job,” Venus insisted.

She added that she believes she cannot take care of her children if she herself can’t take care of herself in person. She also said that this is not the right time to think in that direction.

“Venus Williams will soon begin her clay-court campaign. Even though she is 40, she is not giving any signs of retirement and fans believe she can hold on for some more time. Will Venus be able to win a WTA title before bidding goodbye to the sport?”

Venus Williams reportedly separated from her boyfriend whose name is Nicholas Hammond. The duo had dated for two years. Reports say that they were spotted together during the marriage of the sister Serena who is married to Alexis Ohanian.