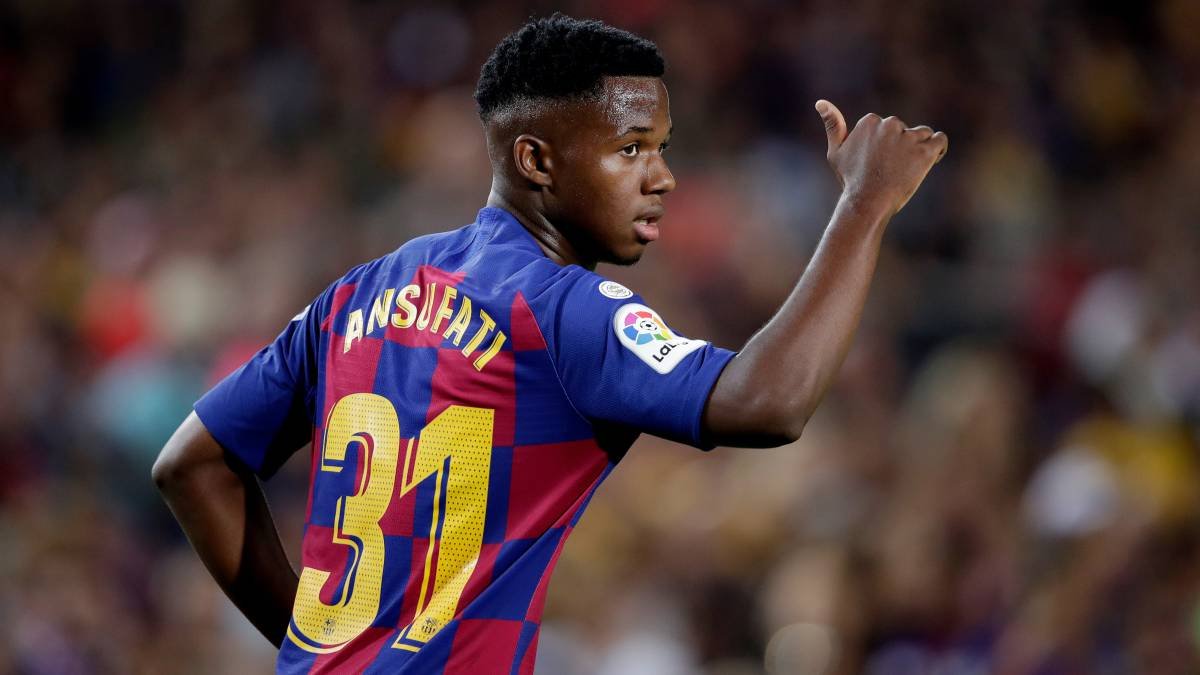 Ansu Fati is one of those who have thrilled people at his young age. He was born on 31st October 2002 in Bissau, Guinea Bissau.

His parents are Bori Fati and Lurdes Fati. He also has siblings named Braima Fati and Miguel. Fati is a duo-nationality footballer. He is a Guinean and Spanish.

Ansu plays as a forward for the much-hyped football in Spain dubbed Barcelona and also the Spain national team.

He represents Spain internationally and is widely considered one of Spain’s most exciting football talents. What makes Ansu outstanding among many footballers is that he is one of the best young players in the world.

His career started at an early stage. After representing local side Herrera and the youth teams of Sevilla, he joined Barcelona’s La Masia in the year 2012, at the age of ten.

On 24th July 2019, Fati signed his first professional contract with Barcelona. He agreed to a deal that was meant to conclude in the year 2022.

“On 25 August, before even appearing with the reserves, Fati made his first-team – and La Liga – debut, coming on as a late-game substitute for goalscorer Carles Pérez in a 5–2 home win over Real Betis. Aged 16 years and 298 days, he became the second-youngest player to debut for the club, only 18 days older than Vicenç Martínez in 1941.”

On 31st August 2019, Ansu scored his first professional goal. The goal was in a 2-2 away draw between Barcelona and Osasuna. This was when he was the age of 16 years and 304 days, thus becoming the Barcelona senior team’s youngest goal scorer ever. He also became the third-youngest scorer in the history of La Liga.

Also read: Ryan Lochte, the second most decorated swimmer in the Olympic history

Ansu’s determination went on to bear fruits. On 14th September 2019, in his first career start, he became the youngest player in the history of La Liga to score and assist in the same match.

Fati made his Champions League debut on 17th September, in a 0-0 away draw against Borussia Dortmund. This made him the youngest player to feature for Barcelona in the competition at the age of 16 years and 321 days.

On 10 December, Fati became the youngest goalscorer in UEFA Champions League history at the age of 17 years and 40 days when he scored the game-winner in Barcelona’s 2–1 victory over Inter Milan at the San Siro.

Net worth and Market Value

The football star has one of the most admirable payment out of his big and celebrated talent. His net worth according to reports is 5 million Euro.

He also has a high market value of 50 million Euro. 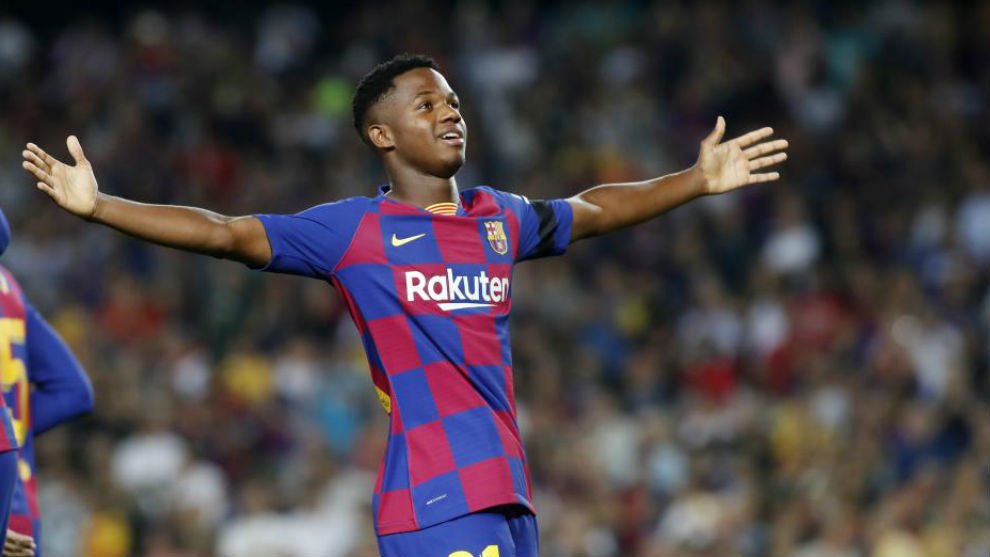 Fati’s talent earned him an ambassadorial deal with Nike. He was named the brand ambassador of Nike’s product; Mercurial Superfly VII Elite.

The amount he receives out of this deal is not revealed although it is guessed to be more than $1 million per annum.

Fati and other footballers joined hands in a non-profit shirt sponsorship agreement with UNICEF (the United Nations agency responsible for providing humanitarian and developmental aid to children worldwide) were effectively replaced by €150 million (£130m/$180m) deal with the Qatar Foundation.