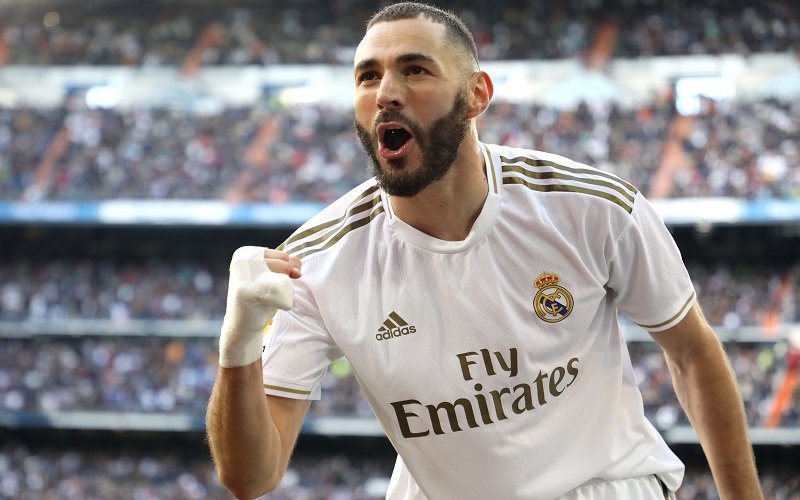 Real Madrid star Karim Benzema is set to make a sensational return to the France National Team for this years Euro 2020 Championship after several years in exile.

Karim Benzema has been in exile since 2015 after his alleged role in the sex-tape blackmail of former team-mate Mathieu Valbuena.

Le Parisien report that Benzema is likely to be included in the 26-man squad list on Tuesday evening following L’Equipe’s revelation that he was being strongly considered by the coach.

France National team are going into the tournament with an inform players and Benzema 33, has been one of Real’s standout players this season. 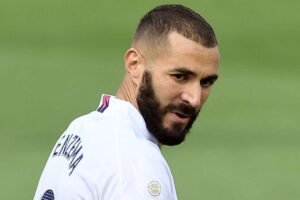 It would mark a surprising U-turn from Deschamps in the wake of the scandal that saw him drop the forward six years ago.

Benzema is suspected of encouraging Valbuena to co-operate with blackmailers, who threatened to release an intimate video in which he featured.

Investigators who charged Benzema believe he was approached by a childhood friend to act as an intermediary and convince Valbuena to deal directly with the blackmailers. Instead, Valbuena informed the police.

When the story broke, Benzema faced a deluge of criticism and then-Prime Minister Manuel Valls said the former Lyon player had ‘no place’ in the national team. He has been unable to repair relations and return for his country.

Karim Benzema is understood to be reporting for his trial in court from Wednesday, October 20 to Friday, October 22 this year. although he still denies any wrongdoing with four other people expected to be tried in the same court over the matter.

Originally, it was reported that Benzema would face trial in January. At the time, he posted a screenshot of a story by L’Equipe about the update and asked his 36.9million Instagram followers when will the ‘farce’ come to an end.

Reacting to news of the trial, Benzema’s lawyer Sylvian Cormier described the decision as ‘absurd’.

Despite the case hanging over him, the veteran striker has produced one of his best campaigns with 29 goals in all competitions so far and now looks likely to be rewarded with a call-up for Les Bleus. 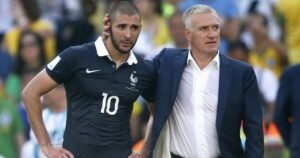 It would also be a surprise healing of old wounds as when Benzema was left out of France’s Euro 2016 squad, he accused Deschamps of ‘bowing to racists’.

‘He [Deschamps] has bowed to the pressure of a racist part of France,’ he said at the time.

‘He has to know that in France the extremist party reached the second round in the last two elections.

‘I do not know, therefore, whether it is a decision only for Didier because I’ve gotten along with him, with the president, everyone. I do not have a problem with anyone. I am with France and wish them well.’

And Eric Cantona even went as far as suggesting Benzema’s African heritage worked against him, telling the Guardian: ‘Deschamps, he has a really French name. Maybe he is the only one in France to have a truly French name. Nobody in his family mixed with anybody, you know. Like the Mormons in America.

‘So I’m not surprised he used the situation of Benzema not to take him. Especially after [Manuel] Valls [the French prime minister] said he should not play for France. And Ben Arfa is maybe the best player in France today. But they have some origins. I am allowed to think about that.’