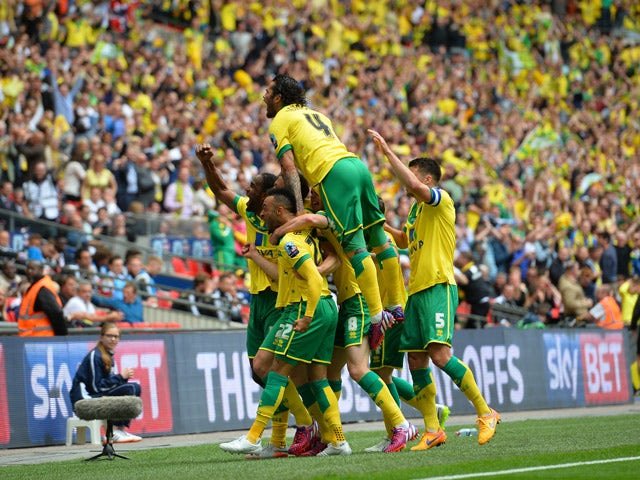 Championship side Norwich City have been promoted to the Premier League for the fifth time after Brentford and Swansea failed to win their respective game fixtures assuring Daniel Farke’s side a walk over to the English Premier League.

Norwich were relegated in the 2029/2020 Premier League season.

Daniel Farke’s side have dominated the second tier with 27 wins from their 41 games so far, earning an immediate return to the Premier League following last season’s relegation.

The Canaries’ promotion was guaranteed after third-placed Swansea were held to a 2-2 draw by bottom of the table Wycombe, while fourth-placed Brentford drew 0-0 with Millwall. 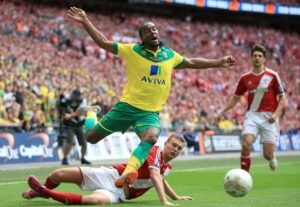 Norwich are 14 points clear of Swansea, who have four games left, and 16 ahead of Brentford, who have five matches left.

Norwich lost 13 of their last 15 Premier League games last season as they returned to the Championship after just one season in the top flight.

But while most relegated sides struggle to turn around a losing mentality in the following campaign, the Canaries stayed calm and kept faith with head coach Daniel Farke and the nucleus of the squad which took them up the previous season.

Norwich started bad gaining only four points out of their four opening matches but this did not hold them back, they moved to the top of the table with victory at Middlesbrough in late November, 12 games in, and hardly looked back.

Norwich’s previous promotion was done in swashbuckling style, scoring an incredible 31 of their 93 league goals after the 75th minute, though a defense conceding 57 goals in the Championship would prove not to be fit for purpose at the highest level.

Swansea were forced to claw their way back from two goals down against Wycombe to keep alive their slim hopes of challenging Watford for the second automatic promotion spot. 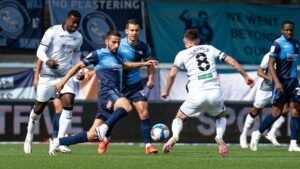 Admiral Muskwe put Wycombe ahead 19 seconds into the second half at the Liberty Stadium when he lashed a lay-off from Uche Ikpeazu past Freddie Woodman from the edge of the area.

But Jason McCarthy conceded a penalty for handball in the 80th minute and Jamal Lowe scored his fourth goal in three games.