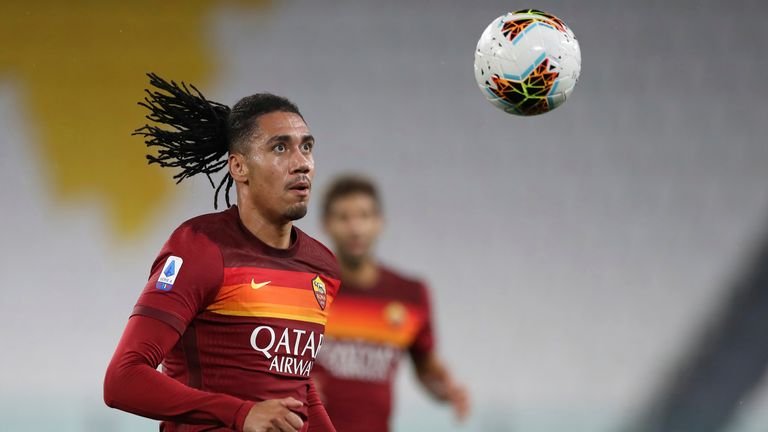 The 31 year-old Chris Smalling was forcefully commanded to open a safe at his house in southern Rome which was targeted by three armed men while he and his family slept. 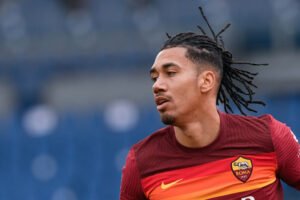 Chris Smalling of AS Roma during the Serie A match between AS Roma and Genoa CFC at Stadio Olimpico, Rome, Italy on 7 March 2021. (Photo by Giuseppe Maffia/NurPhoto via Getty Images)

Chris Smalling who joined AS Roma on a permanent deal last summer after an impressive season long loan spell at the Club, was reportedly forced to hand over a Rolex watch and other items of jewelers as wife Sam and the couple’s two-year-old son Leo were subjected to the terrifying ordeal.

His wife Sam is said to have called the police at 5am on Friday morning, with officers arriving on the scene shortly afterwards.

Chris Smalling missed AS Roma’s Europa League match against Ajax on Thursday night as he continues to nurse a knee injury, with his side winning 3-2 on aggregate to set up a semi-final tie against former employers Manchester United.

Taking to his social media pages Chris Smalling tweeted; “I’d like to thank everyone for your well wishes and support! My family although very shaken up are luckily unharmed!

“Hoping these people can find a more meaningful way to live their lives without causing such harm and distress to others.” 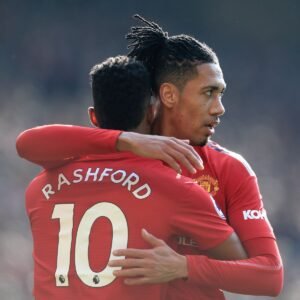 Smalling’s former Manchester United teammate Marcus Rashford was one of many to tweet their support for his former colleague at the Club.

Rashford wrote: “Thinking about you @ChrisSmalling and your lovely family.

“So sorry to wake up to the news this morning.

“Can’t imagine how you’re feeling but I hope you’re OK.”

According to Italian news agency Ansa, three men entered the home in the Appia area just outside of the capital after removing a grating from the window of the player’s bedroom.

They then forced him to open the safe at gunpoint, taking away three Rolex watches, jewellery, and around 300 euros in cash.

Smalling’s family members were also present during the robbery, with his wife calling the police at around 5am.

Roma coach Paulo Fonseca’s house was broken into last November when he and his family were out. Watches and other valuables were taken.