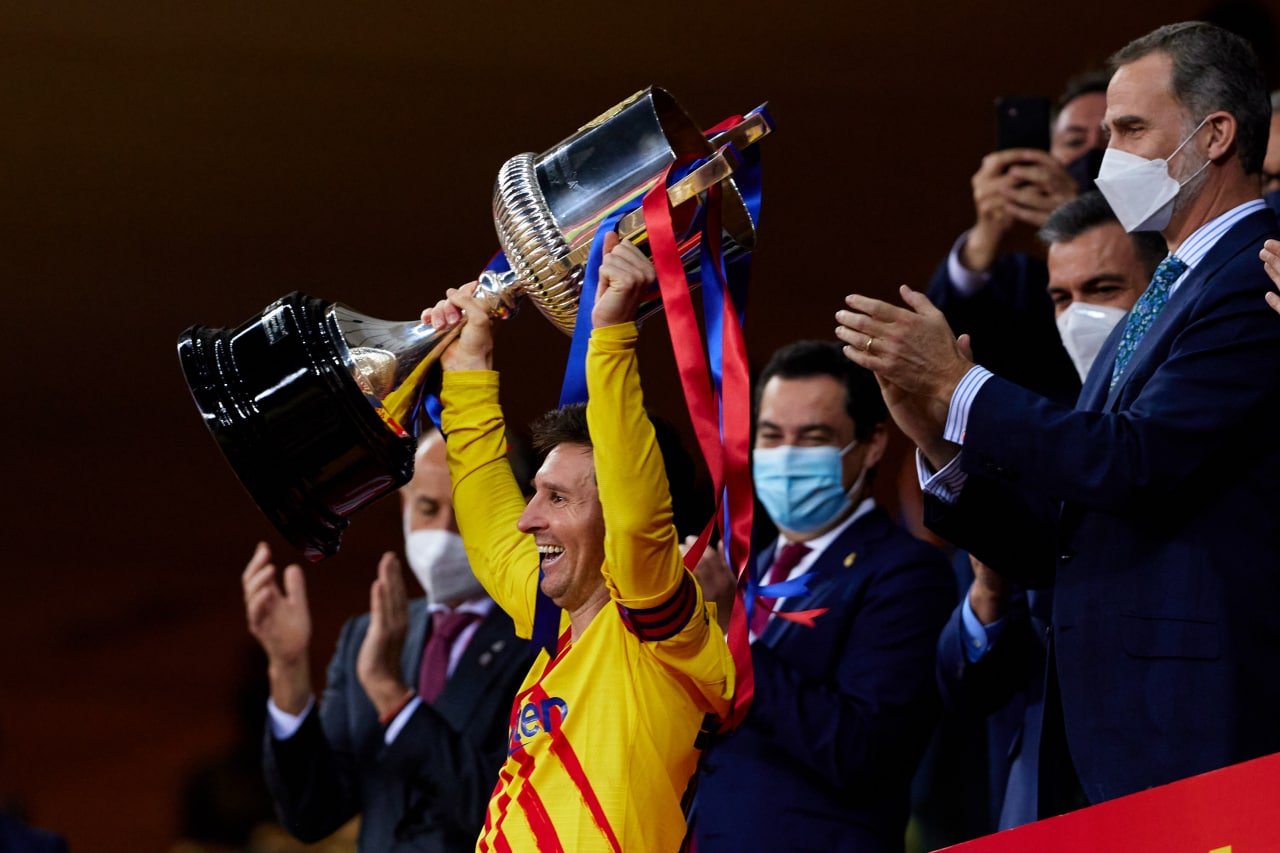 The Blaugrana scored four goals in 12 second-half minutes to hand Athletic their second Copa del Rey final defeat in the past 14 days. The Basque side lost the long-delayed 2020 final to Real Sociedad 1-0, on April 3. 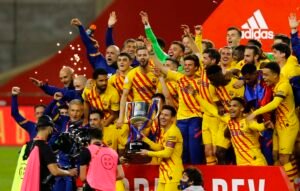 It was not easy in the first half, Barcelona pressed but Athletic Bilbao were strong in the defensing blocking any shooting chance for Barcelona, But in the second half Barcelona opened the scoring on the hour mark through Antoine Griezman, who turned in Frenkie de Jong’s cross after slipping in front of a defender at the near post.

Two minutes later Barcelona added another goal through Frenkie De Jong who headed home a sumptuous cross from Jordi Alba. The Netherlands Midfielder taking advantage of the defense tracking a run at the near post to convert from close range.

Messi added a third with a sensational effort in the 68th minute. After picking up the ball near midfield, Messi exchanged passes with teammates and ghosted by defenders before out-foxing two defenders in the box and coolly slotting home from close range.

He completed the scoring five minutes later when he popped up in the box and guided a Alba cross off Athletic keeper Unai Simon and into the net.

Bilbao, meanwhile, were aiming to avoid a 2nd heartbreak in the space of 10 days, having been put to the sword by Real Sociedad in the rescheduled 2020 Copa finale just last week.

When all was said and done in Seville, though, Barca’s class simply proved too much, en route to as one-sided a tournament showpiece as one could possibly imagine. 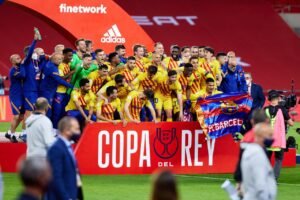 Lionel Messi was incredibly good and everywhere through-out the game. Messi was at the heart of things, as the Argentine started and finished one of the finest team goals likely to be scored across Europe all season.

This is the seventh Copa Del Rey Trophy for Lionel Messi since he joined Barcelona.