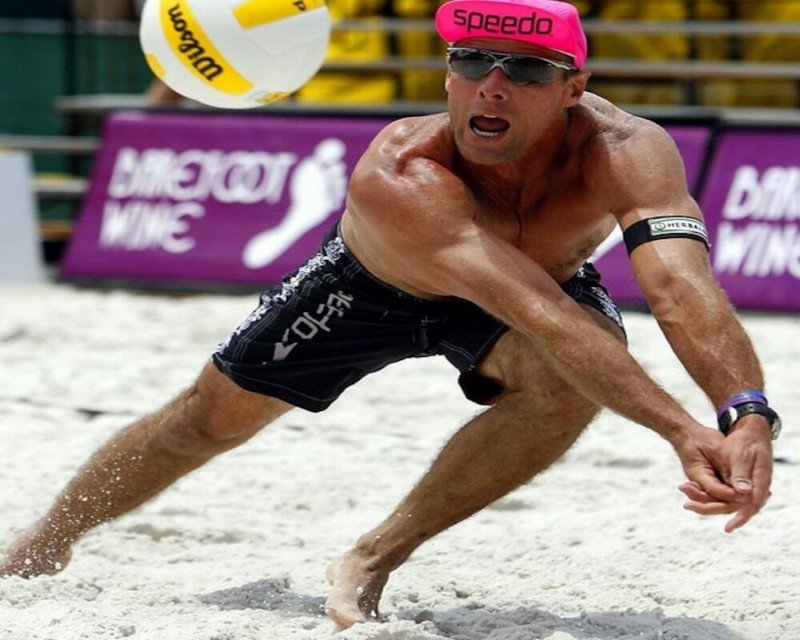 Charles Frederick Kiraly alias Karch Kiraly is a volleyball icon player born on 3rd November 1960. He was born in Jackson, Michigan in the United States.

His hometown is San Clemente, California, US. His parents are Antoinette Kiraly and Dr Laszlo Kiraly who had been a member of the Hungarian Junior National team prior to fleeing the country during the Hungarian national uprising of 1956.

He has two siblings namely; Kati Kiraly and Kristi Kiraly.

At age 11, Kiraly entered his first beach volleyball tournament paired with his father.

Karch attended Santa Barbara High School and there he became a member of the boys, varsity volleyball team. His father took part in creating the boys’ volleyball program at the school.

Kiraly joined the national team in the year 1981. He proved to be an extremely solid passer while playing outside hitter.

He was the foundation for the ‘two-man serve system Doug Beal created in 1983, together with teammate Aldis Berzins.

“Along with covering half the court on serve receive and consistently delivering the ball to team setter Dusty Dvorak, Kiraly proved to be an excellent defender and a highly productive outside hitter. Kiraly led U.S National Team to the gold medal at the 1984 Summer Olympics, overcoming a pool play loss to Brazil to defeat Brazil in the finals. Kiraly was the youngest player on the gold medal team.”

Following the 1988 Olympics, Kiraly retired from the national team. He and teammate Steve Timmons played professional volleyball for Il Messaggero Ravenna in Italy from 1990 to 1992.

Kiraly is the ‘winningest’ player in the sport’s history with 148 career wins. He won at least one tournament in 24 of the 28 seasons he played in a career that spanned four decades.

“Kiraly was inducted into the Volleyball Hall of Fame in 2001 and the U.S. Olympic Hall of Fame in 2008. Kiraly wrote several books on volleyball, and his autobiography, The Sand Man (written with Byron Shewman), was published in 1999.”

Karch who is also a broadcaster and coach has a whopping net worth of approximately $2 million as of 2021 according to reports.

For a big talent like Karch, a huge salary is expected. However, his current salary is not revealed.

Nevertheless, at 26, with two-thirds of the 1984 team scattered, in business or playing the pro game for big money in Europe, Kiraly stayed on a semi-amateur and was paid an unofficial salary of $80,000 a year.

Karch served as a brand ambassador for ‘The King of the Beach Team and Spalding’ for over ten years.

Kiraly together with Crown Imports, the Presenting Sponsor of the 2007 US Open in conjunction with USA Volleyball, helped organize the US Beach Volleyball that was held in Huntington Beach, California.

Karch Kiraly has majorly concentrated on his broadcasting job whereby he broadcasts for ESPN and provided colour commentary for the AVP on NBC broadcasts.

“Kiraly worked as an analyst for NBC Sports during their coverage of the beach volleyball competition at the 2008 Summer Olympics.”

Kiraly married his spouse Janna Kiraly in the year 1986. They have two children namely; Kristian Kiraly and Kory Kiraly. He and his family live in Heber City, Utah.

Among other assets, Kiraly owns three gold medals which he acquired in his volleyball profession.

He also had a house in San Clemente which he sold at $3.55 million.

Wilfredo Leon, highest-paid player in the world of volleyball