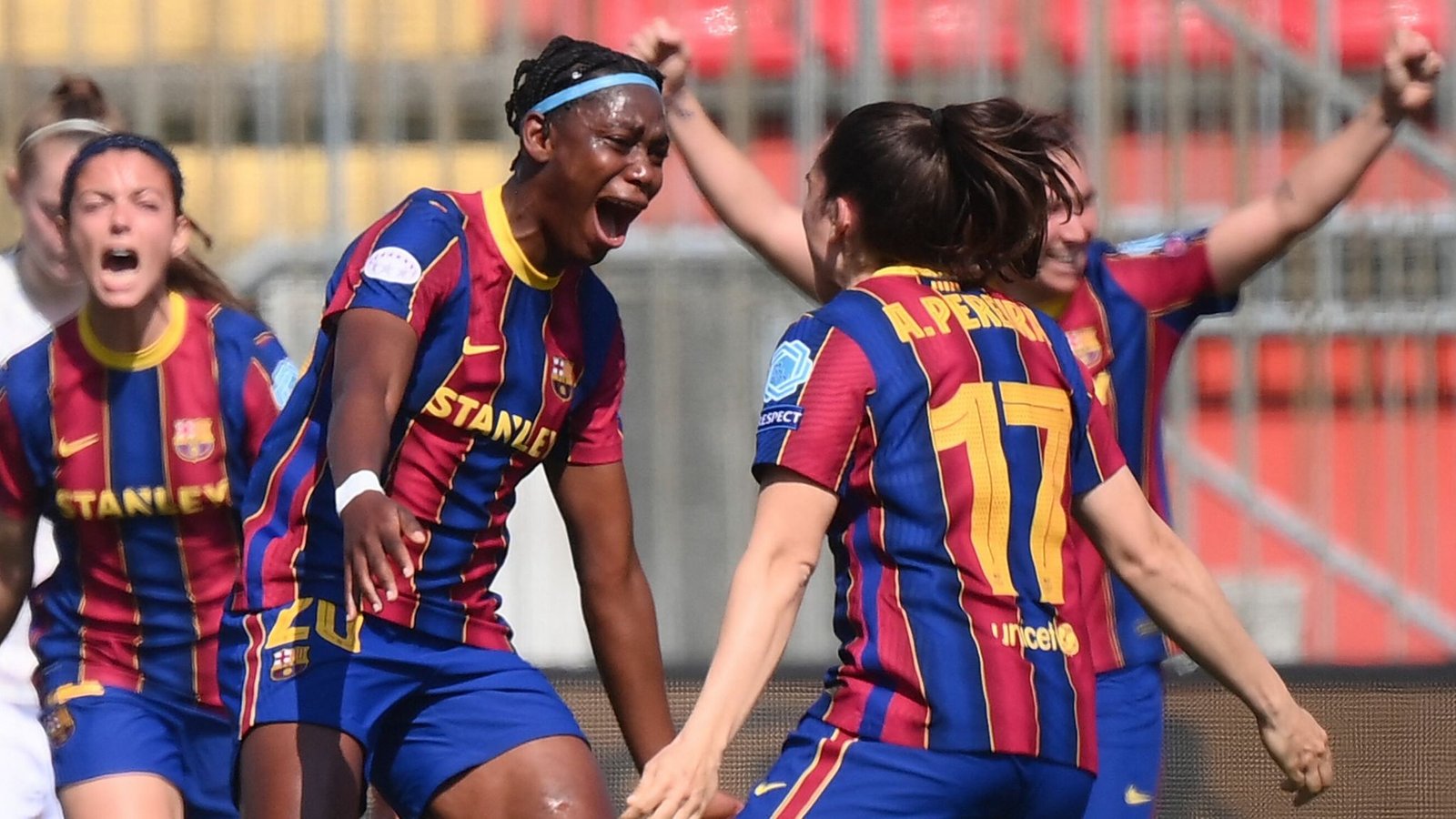 The Blaugrana netted thrice past the Citizens in a match that was held at Stadio Brianteo in Monza, Italy due to pandemic concerns’ regulations.

After missing her first clear opportunity of the game in the 17th minute, Nigeria’s national team captain Oshoala broke the deadlock in the 35th minute, assisted by Mariona Caldentey firing a low finish to the left.

She etched her name in the history books of Barcelona, as she scored the club’s 100th Champions League goal, as the club became only the 14th to reach the milestone. Barcelona have scored 99 goals in their last 51 matches and only conceded 44 times. They continue to dominate the Primera Division with 20 wins in 20 league games.

Oshoala now has now three Champions League goals in seven matches this season. The former Arsenal and Liverpool forward has now 18 goals to her name this campaign.

Barcelona secured their 26th win in 27 matches since their 2020 UEFA Women’s Champions League semi-finals defeat to Wolfsburg dating back to August.

26-year-old Oshoala has been instrumental to Barcelona since joining the Spanish side in January 2019 and making headlines in the club.  She also became the first African to score in a Women’s Champions League final.

Last season, Oshoala ended the season with 20 goals in 19 appearances, but this season she seemed off the pace a little with 15 goals in the same number of matches.