Football Will Be Interesting Without Offside Rule- Marco van Basten 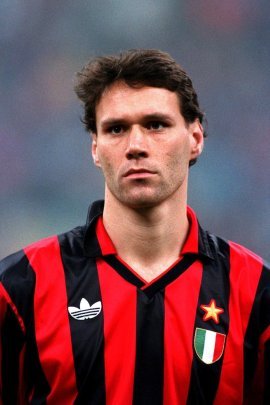 Marcel “Marco” van Basten a Dutch football manager and former professional player, who played for Ajax and A.C. Milan, as well as the Netherlands national team, as a striker wants the football association to abolish the offside rule.

Since the introduction of Video Assistant Referee that has significantly heightened the ability of officials to identify offside calls, with some decisions coming with criticism from those who are not favored, the three-time Ballon D’Or winner wants the whole rule scrapped.

Speaking to Sky Sports the Dutch Manager said that he was curious about the removal of the offside rule as it will bring sanity on the pitch.

“I would like to try it to show that football is possible without the offside rule. I am convinced that football would be better without it,” said the football legend.

“Football is a fantastic game but I still think that we have to do much more to make it better, more spectacular, more interesting, more exciting. We have to work on that.”

The football’s rule-maker IFAB has continually reviewed the offside rule as it stands, but van Basten is of the contrary opinion as to the VAR offside rule has brought a lot more controversies and abolishing it would bring more flavour to the pitch.

“The problem now is that we do have offside and how often are we talking about the decisions? A lot,” he said.

“If you do not have offside you have a lot fewer problems and the teams will find other solutions to have a good game that will be just as spectacular as it is now but without this bad rule.”

Ready for those who would immediately write-off his revolutionary thinking, van Basten had an answer for those who cannot imagine football without offside.

“Teams would find a way of playing without it,” he stated. “If you do away with the offside line then the defence will drop deeper.

“They will say that you cannot get behind us because they will be afraid of the opponents getting in behind. But if you go too far back then the 18-yard box is going to become a melee and the goalkeeper will not be able to see anything, so teams will know it is not the solution.

“As a result, the goalkeeper will want everybody out and that is exactly the point at which it would become so interesting. If the attackers can move behind the defenders there are much more possibilities for goals.

“It will make the defence more difficult.

“On the other hand, when you are defending, if there is no offside, you can always have one or two players far away so that when you get the ball you can put it to your forwards in the other half. The attacking team will have to be much more aware than they are now because the field is being made bigger.

“When the field is made bigger there are much more options for the players in possession and for the trainers to come up with the best way to exploit that.

“I am sure football would find a way to become even more interesting.”