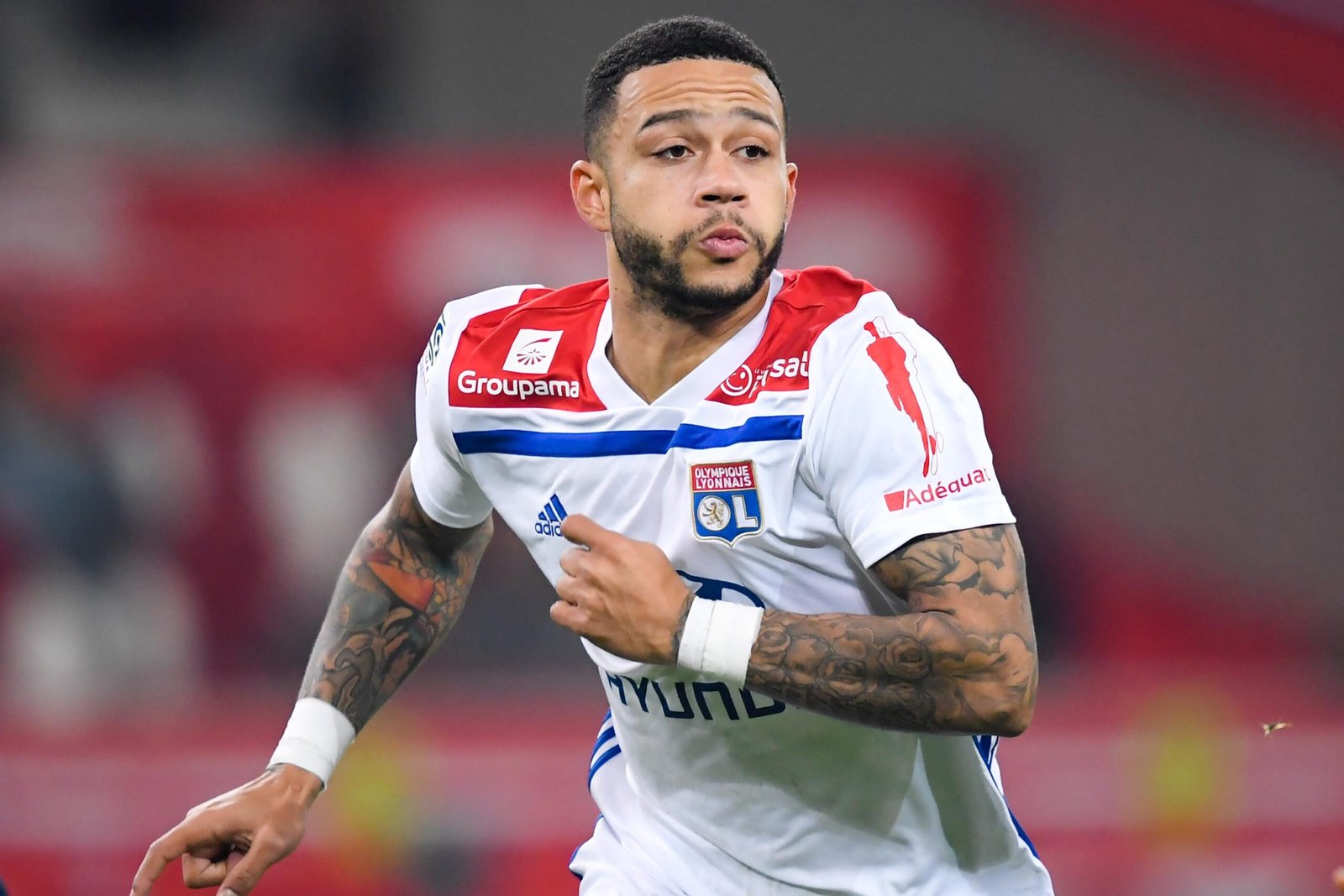 Olympique Lyon forward Memphis Depay is in high demand as the summer gets closer and closer. The forward is turning heads as his current contract with his club is expiring at the end of the summer and he is set to depart from the Ligue 1 outfit.

Spanish giants FC Barcelona seem to be ahead of their competitors in winning the race for Depay’s signature as he has been linked with a move to the Camp Nou for a while. Depay was poised to move to the Catalan club in January but due to financial issues at the club, the player remained in France.

With the Barcelona rumours dying off, there are plenty of other clubs waiting in the wings including Juventus, Real Madrid, Paris-Saint Germain and Liverpool. The Premier League champions look lacklustre on the wings especially when two of their front three is not playing, Sadio Mane and Mohammed Salah.

The club has been beseeched to prioritize a player such as Depay to beef up their attacking options especially on the flanks. The likes of Xherdan Shaqiri, Divock Origi and Takumi Minamino, who is on loan to Southampton, have failed to register outstanding performances when given a chance.

The Galacticos seem to be looking at a potential replacement for Eden Hazard after the former Chelsea man seems to have taken a dip in performance. He has been injured a number of times and has not been as clinical as he was in Premier League. Vinicious Jr has been exceptional for coach Zinedine Zidane but could use the experience of Depay. However, the club could be prioritizing a striker and defenders with both Sergio Ramos and Rafael Varane expected to leave Santiago Bernabeu.

For PSG, Depay could be a good replacement for the likely outgoing Kylian Mbappe who could be on the move to La Liga. Depay has played in the French League and has gained the necessary experience in the top-flight football in France.

Should PSG be interested in former Manchester United winger Depay, then Juventus should be worried as it is almost impossible to offer more in terms of finances than their rivals. The Old Lady have Cristiano Ronaldo playing more on an upfront role with Paulo Dybala or Alvaro Morata, hence Depay could fill up the left-wing.

At just 27-years-old, Depay is at his prime and his transfer would be where he wants to play next in vis a vis which clubs wants him most.