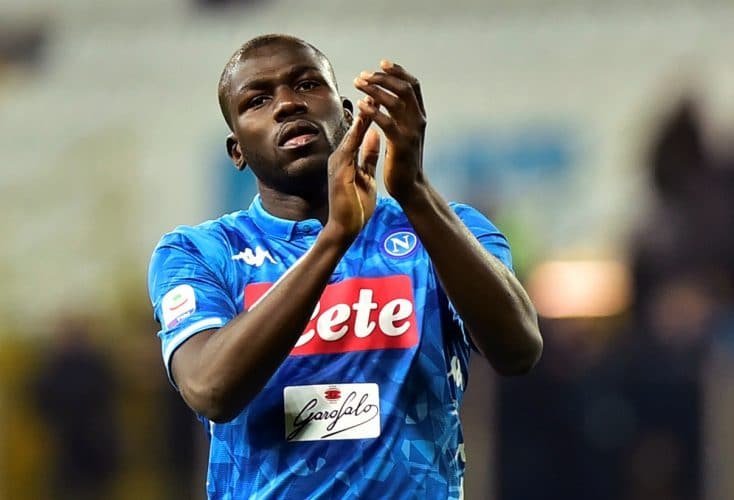 Bayern Munich have set their eyes on Senegalese defender Kalidou Koulibaly. The centre-back has interested top European clubs for a while but none have secured his signature.

Serie A club Napoli’s value of their starman has warded off potential buyers as they deem it too high. The club has been adamant to sell their defender as he is a crucial first-team player.

The Bundesliga giants have already won the race for RB Leipzig defender Dayot Upamecano whose departure was a question of when and not if.

The Frenchman will join Bayern Munich in the summer after agreeing to a move to the Allianz Arena and lay to rest other transfer rumours linking him with other clubs.

According to reports, Koulibaly’s lawyer met with Napoli’s President Aurelio De Laurentiis to present him a solid offer from the Bavarians.

The offer from the German champions is reported to be around €45 million which is way below what Napoli’s President would even consider to sell him for.

However, with the Covid-19 Pandemic and so many financial situations for clubs getting more and more difficult, the Italian side may have to cut their losses and part ways with the Senegal international player.

David Alaba will leave Bayern Munich when his contract expires at the end of the season after 13 years with the Bundesliga club.

Germany international Jerome Boateng is also on the cusp and verge of leaving the club.

Niklas Sule could potentially fill the centre-back gap to be left by Boateng and Austrian international Alaba fantastically but he is also linked with few clubs.

Boateng and Alaba have served at the heart of the defence for Bayern for a long time and the arrival of 29-year-old Koulibaly could be a great statement in that position.

He brings a wealth of experience from one of the toughest football leagues in Europe and no doubt he will be lured away if a good offer comes for him.

Koulibaly has a commanding force and leadership traits that would be a good addition to the squad. His presence cannot be overlooked and his defending abilities would come in handy for a big club like Bayern.

The African player has a few years to offer quality services and it could be assumed that he is at his prime at the moment and will not be slowing down any time soon.

Liverpool and Manchester United were other clubs linked with the West African footballer but with Bayern joining the race and having a financial advantage it would be a mountain for the Premier League sides.