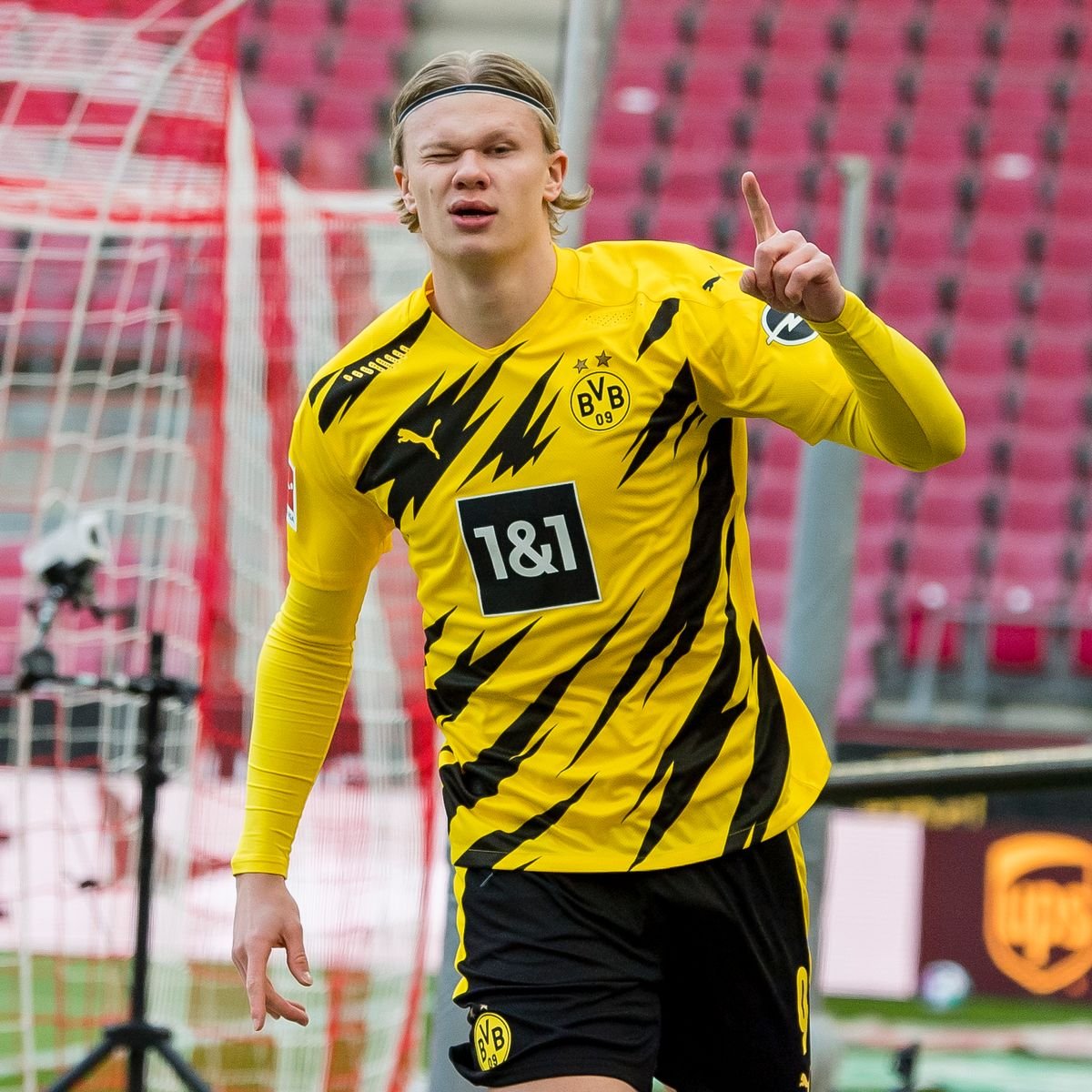 Bundesliga giants Borussia Dortmund are still not ready to sell out Norwegian forward Erling Haaland this summer despite his release clause being set to come into play in 2022.

With the current asking price deal at £65million, Europe’s elite have lined up to secure the services of the young star next year who has proved to be so instrumental in the Borussia Dortmund’s squad lately and dangerous to opponent’s box.

With finances tight at Signal Iduna Park, there have been suggestions Dortmund could cash in on Haaland this summer for a higher fee as the likes of Chelsea and Man City scramble to beat their rivals to his signature.

The Bundesliga giants Dortmund are not ready to let the striker leave and they are also looking on the better ways of selling the 20-year-old and are demanding more than double his release clause fee to let him go at the end of this season.

According to reports by ESPN, Dortmund is demanding £154million for the release of Haaland a year earlier in a stance designed to ward off potential bidders.

It’s a tactic which would see Dortmund lose out financially in the long run but club chiefs are hopeful of mounting a title challenge in 2021/22 with Haaland spearheading their attack.

With the incoming Borussia Monchengladbach boss Marco Rose expected to take over from reins of Edin Terzic as Dortmund manager in the summer and the club are optimistic to a good start and tenure of a successful start.

It goes without saying that they stand their best chance of that with Haaland in their ranks, and the striker is in no immediate rush to move on.

When asked about the transfer rumors around his football career that has been going rife in Media Haaland told the media that he still had three years contract and that he wasn’t concerned.

Chelsea were setting their sights on signing Haaland this summer as the rest of Europe’s top clubs balanced their books amid the ongoing Covid-19 crisis, but may now have to rethink their approach in light of Dortmund’s demands.

English side and Pep Guardiola Man City have also shown interest in the striker being in a position to launch a bid but they would find it difficult to justify such a big outlay when they feel they are in a strong position to land him at a cut-price in 2022.

On the other side Spanish giants and rivals Barcelona and Real Madrid are leading contenders along with Manchester United but none of those clubs can commit to such an expensive deal in the current climate.