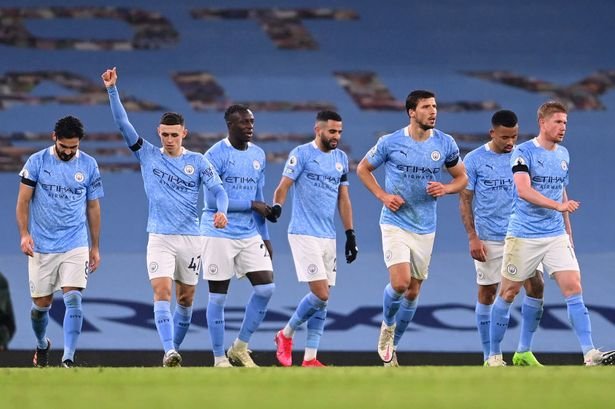 Manchester City will face Everton away from home while their city rivals Manchester United will take a trip to Leicester City for their FA Cup quarter-finals fixtures.

Everton overcame Tottenham Hotspur in a nine-goal thriller to move to the next round while Pep Guardiola’s Man City beat Swansea in a convincing 3 1 win.

The former Barcelona manager set a top- flight record with a 15th straight victory in all competitions.

United’s game against Leicester will be a competitive one with the Red Devils looking to bid their 13th FA Cup silverware.

Championship side Bournemouth will be at home to Southampton who overcame Wolverhampton Wanderers 2 0.

Danny Ings and Neil Armstrong got on the scoresheet to fire the Saints to the quarter-finals of the cup.

Sheffield United will face Premier League side, Chelsea, away at Stamford Bridge.

Chelsea manager Thomas Tuchel sad the Blues “were lucky” in their victory over Barnsley and the “lacked courage.”

Sheffield United are bottom of the Premier League table.