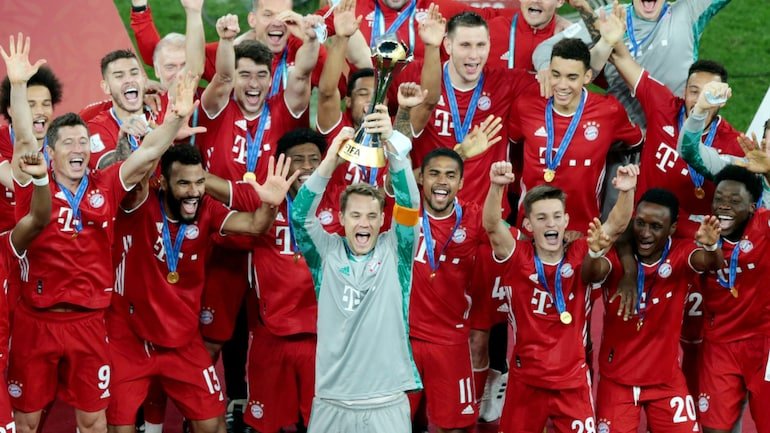 The Bavarians overcame Mexico’s Tigres in the final held in Qatar.

Benjamin Pavard scored the only goal in the game at in the second-half to seal the victory for the Germans.

Bayern Munich claimed their “six-pack” of titles within just a year.

The game looked even between the two finalists with the score remaining 0 0 at half-time.

However, French international Pavard scored from close range in the second half to give Bayern Munich the lead.

This is the eighth year in a row that the Champions League winners have gone on to win the Club World Cup, as Bayern follow in the footsteps of last year’s champions, Liverpool.

The only other side to have completed the six-pack of titles within a year is La Liga side Barcelona, who achieved this milestone back in 2009.

Bayern Munich’s striker Robert Lewandowski was delighted after the win and during the post-match interview said, “It feels good to have the six-pack — six titles in a row is something very special for us.

“I think this is one of the biggest achievements in football, how we played will be remembered for a long time.”

Bayern’s head coach Hansi Flick was also delighted with the performance of the team at the final whistle.

“I hope there won’t be any defeats in the near future and there will be more victories than defeats.

“In terms of the title, this was a statement. It’s amazing what the team was able to do.

“It was really impressive how everyone played.”