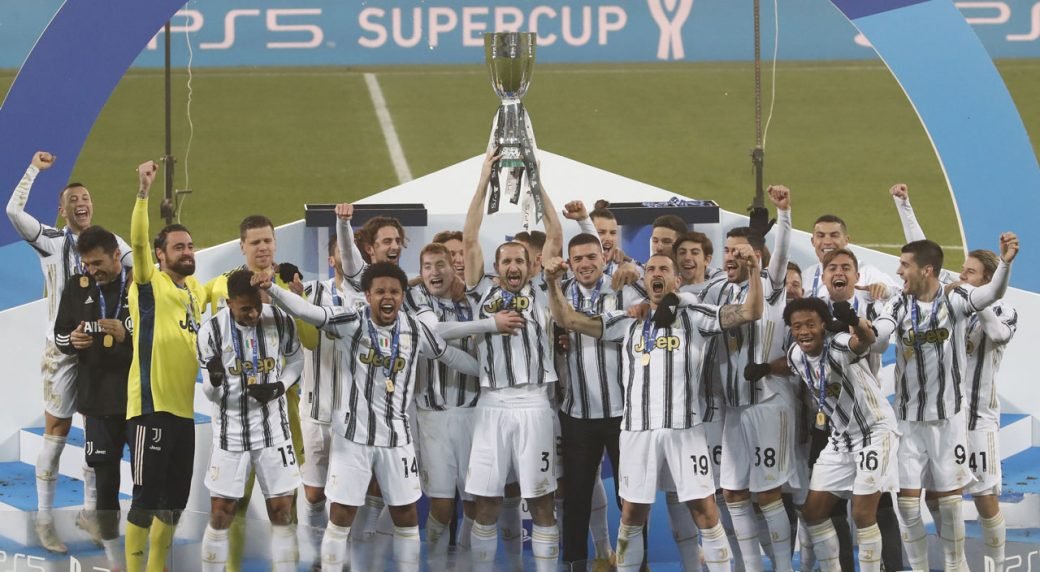 Juventus were crowned winners of the Italian Super Cup after beating Napoli 2 0 in the final held in Reggio Emilia.

Cristiano Ronaldo and Alvaro Morata found the back of the net with both contributing massively to the club’s victory.

The game ended in a stalemate after the first 45-minutes but Ronaldo stepped up his game in the second half.

The Portugal international broke the deadlock in the 64th minute to give his fourth club-career the lead.

The Naples had their share of chances with both Hirving Lozano and Lorenzo Insigne coming close to equalizing the scoreline.

Lozano’s open play attempt was saved by Wojciech Szczesny, with Insigne shooting a spot-kick wide off the mark.

In the late stages of the game, Napoli were caught off-guard with Morata doubling the lead after a counter-attack from a Napoli corner.

The title victory gave the Italian tactician a slight breather after a tough start in the Serie A campaign.

The Old Lady find themselves fifth on the Italian football league after 17 games played accruing 33 points so far with a game in hand.

Ahead of the Supercoppa Italiana final, the Bianconeri suffered a 2 0 loss to second-placed Inter Milan in the Italian domestic league.

The Black and Whites find themselves 10 points shy of the log leaders AC Milan who have only tasted one defeat in 18 games.

The Goeba have the worst record campaign in a long time after clinching nine Italian domestic league titles, the most successful team in the top flight of Italian football.

With the Super Cup sealed, manager Pirlo and Juventus will shift focus to the Serie A title race and improve their rankings.

The Old Lady face 12th placed Bologna on Saturday, and they will be hoping that the Rossoneri drop points against sixth-placed Atalanta.