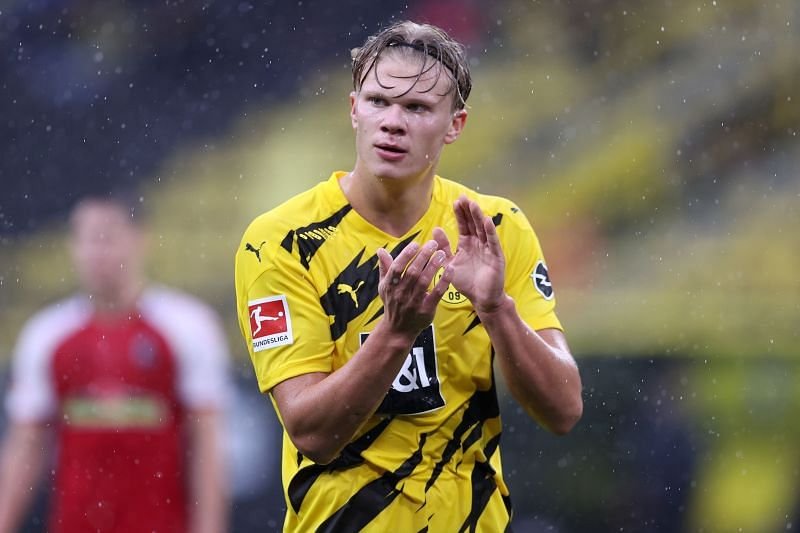 Chelsea have set their eyes on their top target in the name of Borussia Dortmund striker Erling Braut Haaland.

The 20-year-old striker is linked with almost every top European club in world football including Premier League champions Liverpool, Manchester City, Manchester United, La Liga duo of Barcelona and Real Madrid among many.

The Norwegian international cannot just stop scoring in the Bundesliga having already netted 14 goals in 13 matches and recording a couple of assists in the new season.

Last season, he recorded 13 goals and two assists in 15 matches which are fetching stats for such a young and talented wonderkid.

With the Blues having already parted ways with the former club manager, player and legend Frank Lampard and brought in Thomas Tuchel, there are talks of transfer business already.

The Chelsea board are 100 per cent focused on landing former RB Salzburg striker Haaland, despite having enough firepower at the club.

New manager Thomas Tuchel has said he is a fan of Giroud and would want to keep him in the squad.

The former Paris-Saint Germain (PSG) man will be tasked with bringing Werner to his best form and firing as well.

However, the West London-based club has struggled to find the back of the net as expected with the talent the squad has.

Chelsea would probably have to splash around 100 million euros for Haaland but maybe in the summer transfer window.