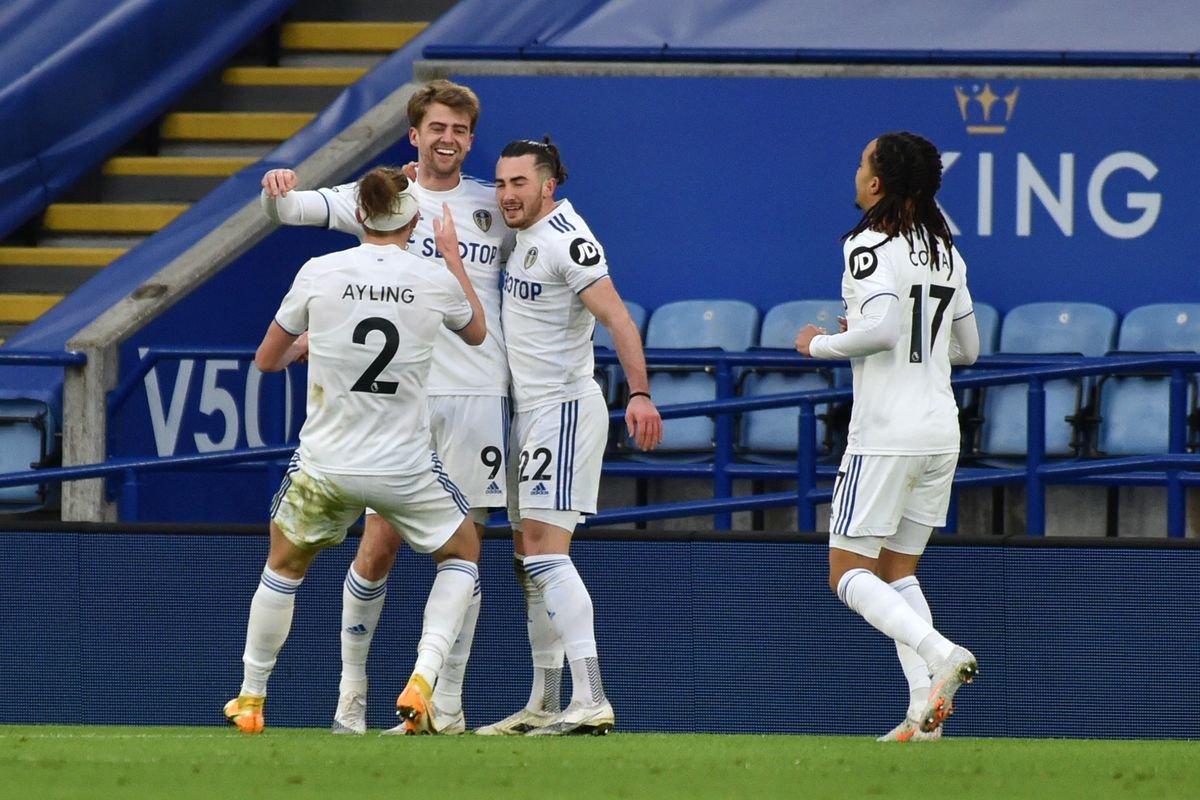 Patrick Bamford got his scoring boots on as he led Leeds to a 3 1 win over Leicester City at the King Power Stadium.

Bamford scored the second goal for Leeds as they denied the Foxes an opportunity to move second in the Premier League log.

In-form Harvey Barnes broke the deadlock in the 13th minute of the first half after a lovely one-two touch with James Maddison to take his tally to 11 of the campaign.

The visitors got an equalizer after just 127 seconds with Stuart Dallas finishing off a through pass from Bamford down the right side.

Both teams looked lethal upfront with a couple of goals ruled off for offside just before the whistle to end the first half.

The Foxes shot-stopper Kasper Schmeichel was however more often than not the busier goalkeeper as he looked to keep his club’s hopes for a win alive.

At the start of the second half, Leicester’s manager Brendan Rodgers made a tactical change to the team’s formation.

The former Liverpool manager switched to a back-three formation as he looked to add more numbers for firepower upfront.

Marcelo Bielsa’s men struggled to create chances and opportunities and their efforts were rewarded when Englishman Bamford found the back of the net in the 70th minute.

The forward recorded his 11th top-flight goal of the campaign as Leeds looked to upset’s Leicester’s seven-match unbeaten run in the league.

The Whites striker went on to provide an assist for Manchester City’s loan man Jack Harrison in the 84th minute to kill Leicester’s hopes of a comeback.

Leeds stay 12th in the table and will host manager Carlo Ancelotti’s Everton on Wednesday, while Leicester visit Fulham as they look to fight back.