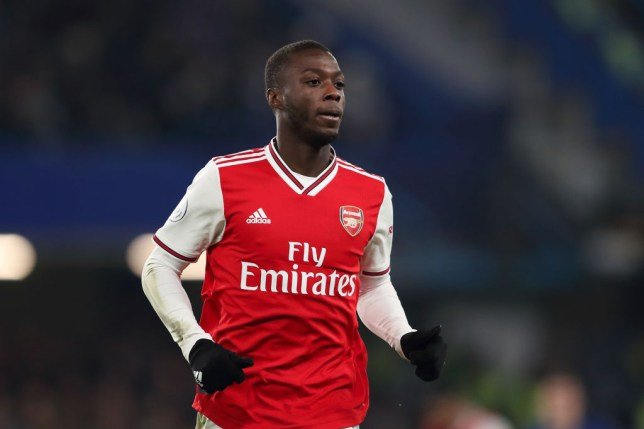 Ivory Coast international Nicolas Pepe has admitted to the fact that that he is quite unhappy at Arsenal at the moment.

The Ivorian winger has said that lack of playing time under the new manager at the helm Mikel Arteta is making him unsettled at Emirates.

The former Pep Guardiola assistant coach has not fulfilled Pepe’s desire of regular time as he barely makes to the starting 11 in most matches.

Arteta has reiterated that the 25-year-old needs to improve and work hard to earn his place in the competitive team.

Since arriving from French Ligue 1 side Lille for a club-record fee of £72m last season, Pepe has impressed in cup competitions so far this season.

However, he has only started once in the Premier League.

According to FourFourTwo, the wide-man told French channel Canal Plus, “My goal is to play more. To have a little more playing time.

“A player who plays is happy. For me, I would like to play a little more to find a smile again.

“He (Arteta) wants me to be 100 per cent focused during the 90 minutes of the match. Afterwards, I see during training that I will be a substitute the following weekend.

“But the coach speaks to me, he also has assistants who are there for that. But it is frustrating for any player to be on the bench.

“A super-sub role? The coach makes his choices. It’s up to me to show him that I don’t have that role.”

Arteta has not always picked Pepe in his starting line up as he prefers new signing Willian on the right flank.

Since joining the Gunners, Pepe has scored 11 goals in 54 appearances.