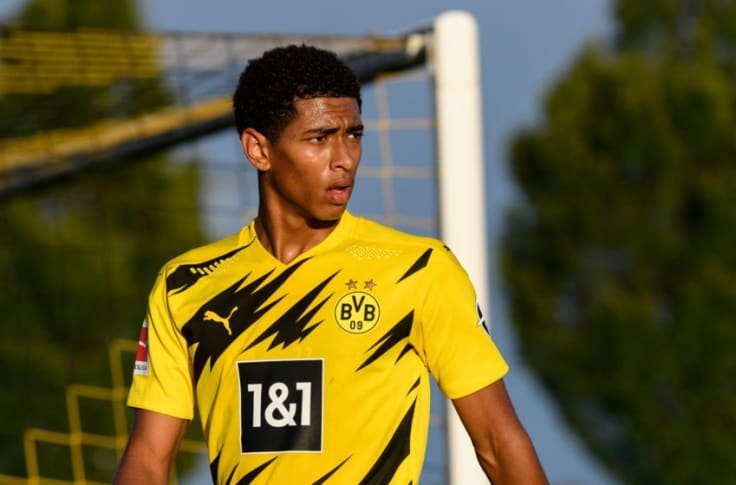 Borussia Dortmund midfielder Jude Bellingham has received his first call up to the England squad.

The BVB player got his international call following the withdrawal of James Ward-Prowse and Trent Alexander-Arnold through injury.

Right-back Alexander-Arnold sustained a calf injury in Liverpool’s 1 – 1 draw against Manchester City at the Etihad on Sunday.

The 22-year-old has been ruled out action until December.

Bellingham, who was included in the England Under-21 team will now link up with the senior squad.

Since moving to Germany from Championship side Birmingham City, the midfielder has netted once in ten matches.

During his stint at Birmingham, Bellingham played a crucial role in the team, making 44 appearances and registering four goals under his name.

His impressive performances caught the attention of a number of European clubs such as Manchester United and Arsenal.

However, it was Dortmund who played a magic card and paid £25m for the Stourbridge-born teenager to make him the most expensive 17-year-old ever.

He also became the club’s youngest goal scorer for 68 years, when he marked his Bundesliga debut with a goal at only the age of 17 years and 77 days.

England manager Gareth Southgate would be pleased to have the box-to-box midfielder in the squad who can win the ball, score and assist and win games for England.

The teenager has as well played with England wonderkid Jadon Sancho at Signal Iduna Park, another great talent for the future.