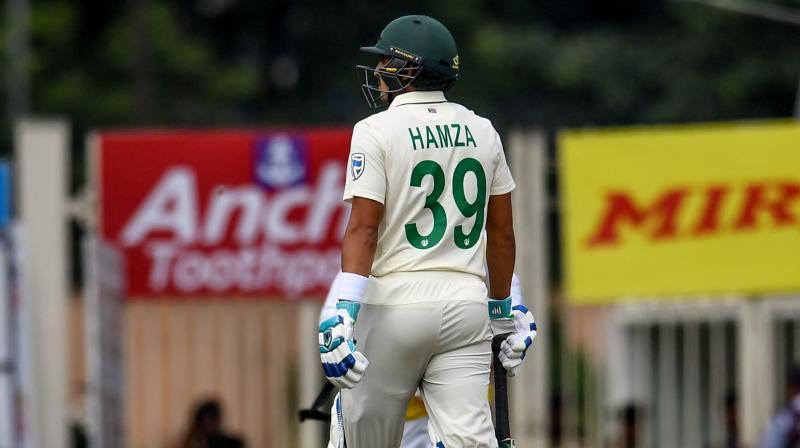 Cape Cobras batsman Zubayr Hamza said the availability of Proteas players for his side will be a huge boost ahead of the new domestic cricket season.

All the national players, except those playing in the Indian Premier League (IPL), are set to play in at least the opening two rounds of the 4-Day Franchise Series that starts on November 2.

First-class cricket will be the centre of attraction domestically for the rest of the year, while World Champions England were confirmed to arrive for a white-ball tour – that will include a One-Day International series and T20 International sequence – that runs from late November to early December.

“Having the Proteas available will be good for everyone, whether it’s the guy making his debut, for the guy who has been playing just franchise cricket for many years, it’s just going to benefit everyone,” he said.

“The competitiveness will be high, I have no doubt about that, and having the regular Proteas will definitely strengthen all the teams and I’m looking forward to it.”

Hamza, who was named new captain of the Cobras during the off-season, says the dawn of the new season is a real positive for everyone.

“It’s been good to get out in the past two weeks, getting accustomed to playing on turf wickets again,” he explained. “The intensity has been great at training and in the nets.

“I’m sure every cricketer around the country is just waiting to be cut loose. All those competitive juices have been canned up for quite some time.

“We’ve all just been sitting and waiting for something to happen. When the fixtures came out it was not just excitement, but more of relief that we can now get stuck into our work after that long wait and get the ball rolling again.”

There is a new format for the new four-day season, with the six franchises separated into two groups and the schedule cut from 10 games to seven, with a final set to be played by the two top teams at the back end of the campaign.