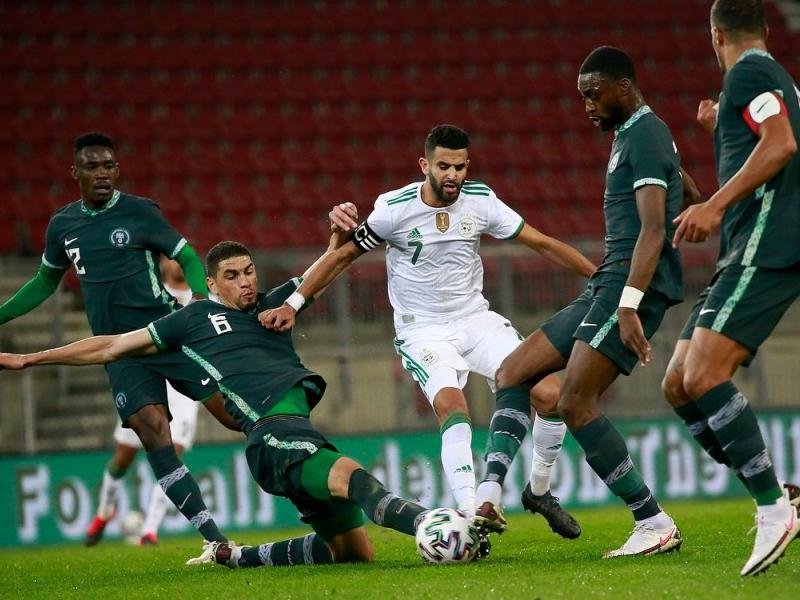 International football competition resumed in Africa over the weekend, headlined by the powerhouse clash between Nigeria and Algeria in Austria.

In a repeat of the 2019 Africa Cup of Nations semi-final, African champions Algeria once again came out victorious, beating the Super Eagles of Nigeria 1-0 to stretch their unbeaten run of matches to 19.

Les Fennecs – as Algeria are known – scored the lone goal in the sixth minute through defender Ramy Bensebaini who poked home from close range, after his initial header off a corner was blocked.

Algeria last lost a football match in October 2018 away to Benin, and will now hope to extend the run when they face Mexico on Tuesday in the Netherlands.

In Antalya, Turkey, Mali produced one of the biggest shocks of the African international friendlies’ window, thrashing Ghana’s Black Stars 3-0.

Hamari Traore gave Mohamed Magassouba’s men a brilliant start to the match scoring in the third minute before El Bilal Toure celebrated his Mali debut with the second goal.

Ghana were put further to the sword when Amadou Haidara netted the third late in the second half.

Mali will next face Iran in their second friendly match on Tuesday.

A depleted Senegal side was beaten 3-1 by hosts Morocco in Rabat, with head coach Aliou Cisse being forced to field an almost new side after many players withdrew.

The home side were in commanding form and went ahead after 10 minutes through Selim Amallah, set up by Achraf Hakimi. Youssef en Nesyri and Youssef el Arabi added to the scoresheet in the second half before Ismaila Sarr scored a consolation for the Teranga Lions late on with an 88th-minute penalty.

Morocco will now play the Democratic Republic of Congo on Tuesday in El Jadida while Senegal will look to bounce back against Mauritania.